With the return of ‘Gary time’ showing no sign of letting up, and after showcasing our fantastic resilience on national TV last weekend, the Gulls return to regular 3pm action at Plainmoor. Check out what’s happening across all the TUFC teams this coming week.

The deadline for the Layla-Rose raffle is 4pm Thursday. To find out more about this very worthwhile cause, and to purchase a ticket, please see the TUFC webpage >  https://torquayunited.com/tuafc-charity-raffle-in-support-of-layla-rose/

United return to Plainmoor looking for back-to-back home wins for the first time this season. The ‘Stones’ will provide a tough test for United, as last season proved, where a late Billy Waters goal rescued a point for the out-of-form Gulls. Wealdstone have started not to dis-similar to Torquay, taking 9 points from 8 games, and ex-Gull Josh Umerah hitting a rich vein of early season goal scoring form. Stones also boast the hard working Matt Buse in their squad. A win for Torquay will further boost them up that table, as we rapidly approach the 10 game mark.

After a weeks rest, the U18’s return to South West Counties Youth league action with a trip to Dorset. After their unbeaten run was scuppered last time out by Mangotsfield, Todd’s youngsters will be looking to return to winning ways over a Wimborne side yet to taste victory in the league.

The Ladies start their long road to Wembley, as they host Helston in the FA Cup 2nd Qualifying round. After back to back away fixtures, and a hard fought point at Forest Green last weekend, the Ladies return to Stoke Gabriel. The Gulls are yet to be beaten this season. 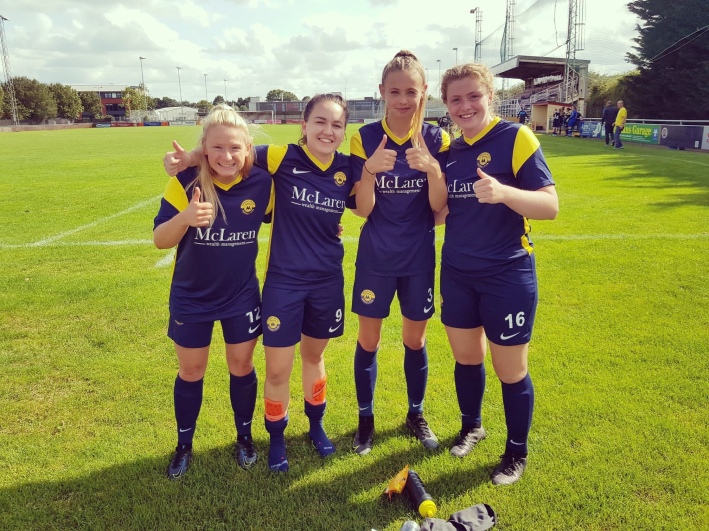 The development squad are on the road for the third consecutive week, as they travel up the coast to Teignmouth. They ran out 13-0 winners last weekend over University of Plymouth.

Former winger Ajala will celebrate his big 3-0 on Monday. Toby enjoyed two spells with the Gulls and now currently plays for Sittingbourne FC in Kent.

28th September is some day for birthdays by the way. Firstly, former Gulls middle-man Wroe turns 36. Wroe appears to be a free agent after last playing for Boston United in 2019.

It’s really hard to refrain myself from typing his last name 3 times. The St Vincent & Grenadines international celebrates turning 49 on Tuesday. The former striker, signed from Lambada, will always remain a Gulls legend. He’s up there with the best of ’em!

TUFC legends were born on 28th September. Our gaffer and man in charge will celebrate turning 66 on Tuesday. The boss recently surpassed his 3 year anniversary since being appointed as manager. Have a good one Gary!

The Kingsbridge born centre back will turn 33 on Thursday. After appearing for Notts County in the Play-off semi last season, the defender is now with Barrow.

The tenacious and technically gifted midfielder will celebrate his 21st on Friday. After excelling at Plainmoor last season, the youngster is looking to break into Plymouth’s starting XI.

Some week of birthdays this, and we end with set piece extraordinaire Nicho. The former player and manager has done it all with United, and  Saturday will mark his 41st. Happy birthday Kev!

3rd October 2020 – After a COVID delayed start, Torquay open the season with a 1-0 home win over Stockport at an empty Plainmoor, courtesy of a 90th minute Lemonheigh-Evans winner. Prior to kick-off, Torquay announce the loan signings of Adam Randell & Sam Sherring, who would go onto play massive roles that season.

28th September 2019 – Torquay hit Stockport for four at Edgeley Park. A Reid double and 2 OG’s make it 0-4 at half time, and that’s how it would stay.

3rd October 2017 – At the 14th attempt, Torquay get their first win of the season, curtesy of a 4-0 thrashing of Maidenhead. McQuoid, Young, Murphy & Reid with the goals.

28th September 2015 – Kevin Nicholson takes charge of Torquay. After a shocking start to the season, Nicho returns to Torquay in a player-manager role from Bath City.

29th September 2007 – Torquay make it a fifth win on the bounce, with a 2-1 home win over Droylsden. A 90th minute Lee Phillips header settling the game.

2nd October 1982 – Torquay 3-2 Hartlepool. The visitors end the game with 8 players after two of them were sent off for fighting with each other.

1st October 1910 – Torquay United compete in there first ever FA cup match. A 2-0 first round qualifying win over Green Waves.

If ever the ‘game of two halves’ cliché applied, this would be it. Aldershot’s Craig Reid scored two in the first half, before completing his hat-trick two minutes after half time. A stunned and angry Plainmoor were reeling, before Bodin scored a minute later to reduce the deficit. On 67 minutes, Ryan Jarvis replaced Stevens, and 2 minutes later scored. A buoyed home crowd could sense blood and points, and it was young Ashley Yeoman who levelled with 6 minutes to go, himself being on the pitch just 3 minutes prior! And then, to complete the comeback of all comebacks, Rene Howe smashed in a beauty to grab his 7th of the season, and the Gulls a dramatic 4-3 win. Relive the game…