Shoots of promise in the last few games. Well we’ll soon see if Torquay’s season is taking a proper turn for the better, with three games in 8 days to come. The twin threats of Boreham and Bromley await next week, but first we must take care of Wealdstone FC at Plainmoor and much like any National League fixture in this combative league – I doubt it’ll be easy. Anyway GAME NINE – Wealdstone (h)…talking points:

READY FOR ANOTHER BATTLE

Last Saturday the team battled hard throughout the game, clearly respecting Chesterfield’s credentials and defending valiantly – even if our grasp on the game faltered for much of the second half. Whilst Wealdstone are on paper an easier looking prospect, the team must approach Saturday afternoon with the same determined attitude. The Stones team may be part-timers but they have gathered some good results already this season, and will love another chance to upset one of the National League’s many ex-Football League clubs. We’ve seen Torquay United struggle far too often against underdogs at Plainmoor (drawing last season in the same fixture), no result should be taken for granted -especially with weather conditions looking decidedly testing. Be ready for another battle lads.

Rhys Murphy didn’t manage a goal last time out at Plainmoor, but next up is another ex-Gull in the form of 2021 reject Josh Umerah. Josh never nailed down a place in the first XI last season, his performances showing potential at times but too often his temperament and touch let him down at vital moments. However, at Wealdstone he might have found exactly the right place to learn his trade. With regular minutes assured, the 24 year-old has already tucked away 5 goals this season and he’ll be desperate to bag another one against old friends. It was never dull with the striker, I’m sure he’ll be thoroughly involved in the action come 3pm on Saturday! Also returning is a certain Matt Buse, I’m sure he’ll get a decent reception at Plainmoor for his committed time at the club.

ADDAI PUSHING FOR A PLACE

Ask any Gulls fan to name things that the Gulls lack this season and pace will be high on the list. Now Alex Addai could make a difference in that respect, the good news is he’s also strong on the ball and getting close to full fitness. The cries to put Alex in the team became louder after his lively arrival at Chesterfield, and it’s given Gary Johnson decisions to make. The question is where would Alex fit in this current TUFC line-up? Wing back could leave us defensively weak on one side, winger or attacking midfielder would need a change in formation and possible dropping of a regular first teamer. GJ would love his team to play with more attacking panache, so could be tempted to fit him in sooner rather than later. 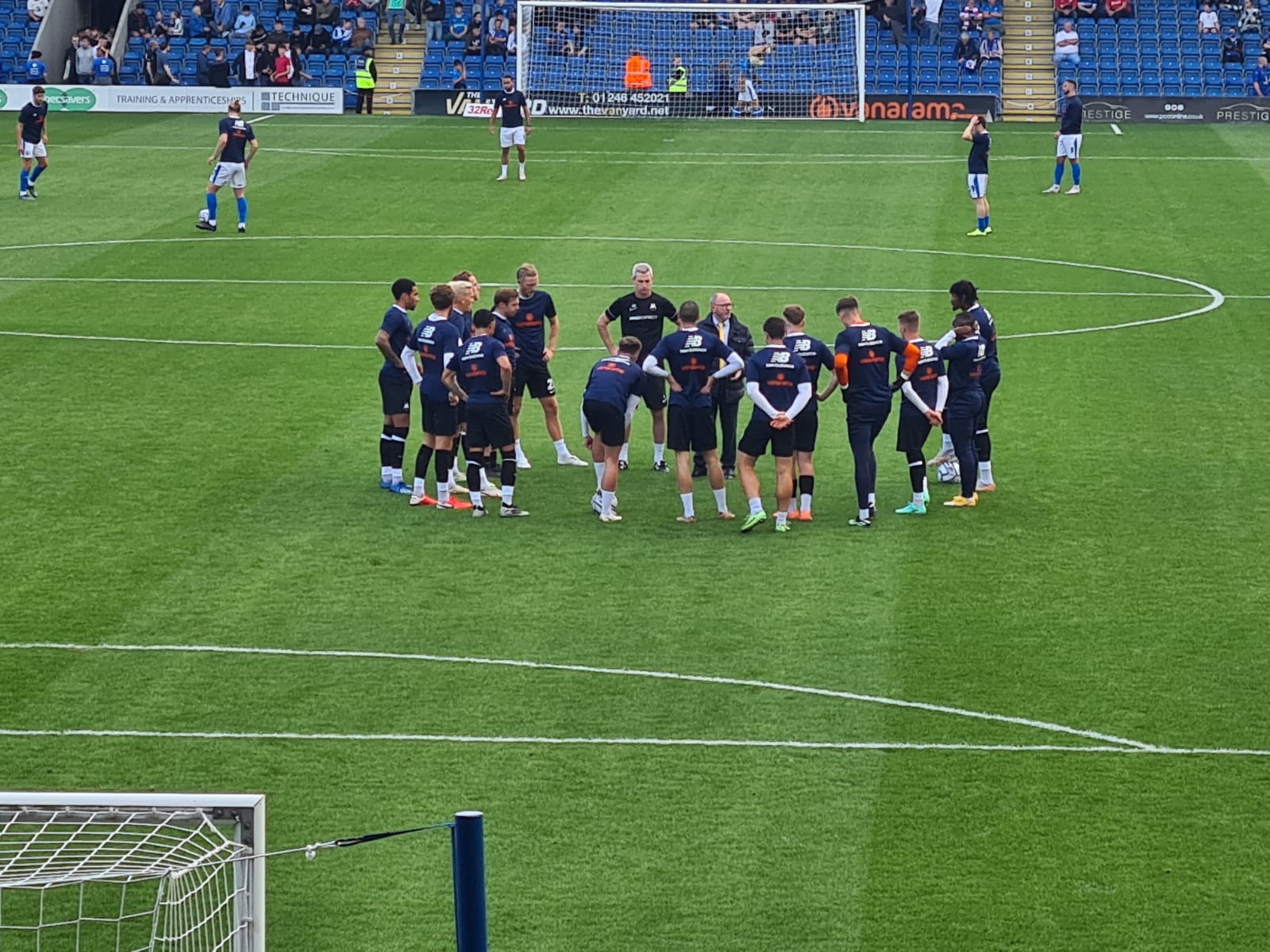 If we’re going to become contenders this season, then I think we’ll have to ride the Gary Time train a fair few more times! That’s not such a bad thing, though it may test our health as supporters (again!). It’s become a big part of our DNA in the last year, these players just don’t know when to give up, finding strength in adversity to grab something in the dying embers of matches. How does it keep happening? Well much stems from the gaffer and how he cajoles his men forward, but also as a club the more you find late goals, the more you believe it can/will happen. Here’s to further late drama, and fantastic moments like that joyously scrappy 95th minute equaliser at Chesterfield, all part of the fun isn’t it.

RETURN OF THE LEMON

Gary Johnson has been quick to point out the importance of Connor Lemonheigh-Evans this week, and fortunately for us it seems like the Welshman may well be fit to take on Wealdstone. Suddenly the midfield becomes conjested with options, with Gabby Rogers having roamed in the last two games and Tom Lapslie arriving back on the scene rather loudly last weekend! Predicting Gary Johnson’s team is nigh on impossible, but the safe bets would be on a Hall/Little/CLE axis in the United midfield offering a nice mix between defence and attack. Here’s hoping the injuries niggles are for once easing at Torquay, and we can gain some continuity in our gameday squads. We deserve better luck on that score, that’s for sure.

NOTHING TO FEAR IN THE NATIONAL LEAGUE

The National League is so unpredictable at the moment, anyone beating anyone and the so-called bigger teams struggling to assert themselves. It might be that the likes of Stockport, Wrexham, Notts County and Chesterfield do eventually take hold of the division, but there’s certainly nothing to fear for us. Better results, an improvement around the squad with some additions as we go along and who knows! Only early days in this league and very much all to play for.

In his weekly press call, Gary Johnson, fresh from celebrating his birthday, talks about the hard-fought point at Chesterfield, as well as his side's preparations ahead of Saturday's home clash with Wealdstone. #tufc

TT PLAYER OF THE MONTH SEPT 21 by Dom Roman