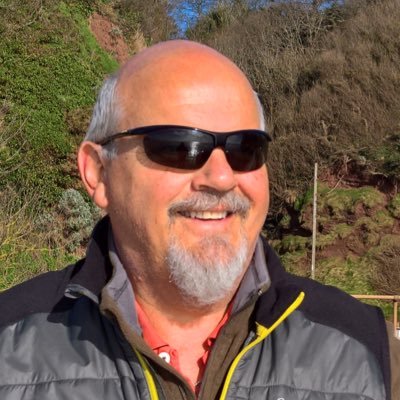 Roger Slater is back discussing his team Wealdstone FC

Hi Roger, so what were your expectations for Wealdstone heading into 21-22?

Expectations are dangerous, intentions are far more realistic, and ours were for stability on and off the field, normality with a return of fans to enjoy the National League and to make sure we stay in this league at the end of the season. Once achieved, each of those can be revisited and extended! The first two, we’ve hit the spot so far and we’re on target to achieve the third. Year on year, we want to improve…..

How has your recent form been heading into Saturday’s game?

It’s been good in relation to the points tally! Actually, that’s a little unfair. A few errors have cost goals and points – we could easily have half a dozen more than we do, but that would be an outstanding return. Other than a few ‘rabbit in the headlight’ moments in the first half v Woking (1st game) we’ve been more than competitive in every game. Not always on top, but rarely on the back foot either, at least until last Saturday at Kings Lynn. Going down to ten men with 43 to play, we were under a lot of pressure approaching the last third. More than competent defending kept our hosts at bay, limiting them to some wayward long-range efforts and corners, but I cant remember their forwards winning the first header from any of them….

What’s been your highlights so far?

Away games with fans – we love to travel. Chestefield was a massive ‘have v have not’ moment for the first away game – the concourse under their stand would almost accommodate our ground, but there were a lot of smiling faces that day, even in defeat. Notts County away on a Tuesday night. 250 ‘Stones singing their hearts out for 90 minutes plus. A game we lost that we could and perhaps should have won, but County knew they’d been in a game – and their fans saw and heard the noise we could make. The fact is, we travel with around 200 most games (covid and fuel allowing). It’s not Wrexham’s 1,700 or Grimsby’s 1,200, but we weren’t born in a library either. If we’re there, you’ll know….. Highlight at home? Southend as the home crowd sang ‘Non-League and you know you are’ to welcome them onto the pitch, we even repeated it for some of the travelling fans that didn’t understand…. By the time they left, I think it had begun to sink in with some and they realised at this level, there are no easy games.

Congratulations to @nikola_tavares who is your Stones man of the match for a superb performance against @officialKLtown!#WeAreTheStones 🔶🔷 pic.twitter.com/l1tMse1Cob

How are the new signings settling in?

Good I’d say. Some astute signings over the summer have seen a major overhaul. Of course there have been a few players we’ve lost but they have been replaced more in line with the tactics and style of the (still new) management team (see below!). It’s a young hungry squad at heart with some good experience available too. A mix that is gelling well and offers plenty of options. We’ve seen in three or four matches thus far, that the bench can change the game – at Dagenham for example, we brought on two subs and within a couple of minutes they’d combined to give us the lead. On Saturday at Kings Lynn, the sending off saw us change the set-up – without the ball, we went to two flat lines of five and four and smothered the opposition – we invited them on but gave them nowhere to go, a couple of changes then gave us some extra legs to secure the win.

The back line have been great and fluid with Jack Cook immense. Andrew Eletheriou, though never the star doesn’t put a foot wrong and Nik Tavares reads the game so well. Charlie Cooper and Ashley Charles in the middle of the park have both got great engines and a bit of bite about them, while Josh Umerah upfront allows us to play on the front foot and has scored five already this season….. To that, you can add a bit of flair with Stephan Browne, Alex Dyer, Dennon Lewis and Ira Jackson but the real key is flexibility. Whatever XI start, the bench isn’t just making up the numbers. There are players there good enough to start and more than capable of stepping into a game, some changing the tactics on the fly if the need arises.

It’s a new management style if not a new management team. Stuart Maynard and Matty Saunders took over midway through last season, inheriting a squad with little or no prospect of putting their stamp on it due to the restrictions of finance in covid. Then, with furlough, they lost some of the big earners and better players and to be honest had to scrape together a side on occasions with loans and effectively trialists coming in. It was no surprise at all that there were some big changes over the summer! Now, we can see how their recruitment has worked out – its probably a B+ at worst – and we can see their tactics implemented on matchdays – again a B+ as there are some improvements to be made, but this is a squad that has only played eight competitive matches, they’re learning about the style and learning about each other on match days and with a couple of training sessions each week as we remain a part-time club. Because of that, it will of course take a little longer to hone the perfect XI, but we’re not here to make up the numbers. We want to win battles and games. And we will.

Will you bring many supporters down to Plainmoor?

As you know from a few years ago, we’d expect to travel with 2-300. Many have/had plans to be in Torquay for the weekend again, but I know already one or two have had to change plans due to a lack of fuel or nervousness because of that, so it’s a difficult call. I think well still have at least 150 and if things ease (writing this on Monday) we may get more. You’ll hear us, anyway!

Who are your tips for promotion this season?

Early stages, but no-one has really impressed thus far. Of the sides we’ve played, Chesterfield were most competent and I think most difficult to play against. Of the remainder, Grimsby are looking good so far. From the other contenders we’ve played I have to say Dagenham – perhaps we stopped them playing to their best – but they’ve had a good start too. Like last season, I’m sure the position will become clearer after Christmas and in a division where its as easy to pick up three wins as it is three defeats on the bounce, there will be an outsider or two who get in the mix. More interesting will be the implosion of some of the big spenders as they realise they aren’t in the frame – six or seven clubs are spending unsustainable amounts of money trying to guarantee one of two promotion places before the salary cap comes in. Bring on another Sutton to rub some noses well into the reality that is the non-league game and their future….

What are your main strengths as a team?

Team spirit – in fact it’s club spirit. From the board, the fans, the management and players, everyone is pulling in the same direction. No lofty expectations takes a weight off the shoulders and we will all enjoy the ride. There will be highs and lows but I’m confident we’ll look back at the end of May with a smile and say ’job well done’. If we can’t, it won’t be for lack of effort, then we can prepare for next season with a solid if not extravagant financial footing, a new face or two (as some of these lads will move on to better things I’m sure) and the anticipation of another good year with a finish another place higher up the league table.

And finally a score prediction please?

I think we may nick it by the odd goal in three…… That may increase the volume btw!