It’s been a debacle hasn’t it. Chopping and changing the #1 spot for two seasons. The late great Cov vs Mac debate. That goal. Chicken galas in Paignton. The return of the Mac. Hiding balls up shirts in fine displays of intimidating, outbuildings used as lavatories. Anyway, after all is said and done, tables don’t lie. Our GA reads as the worst in the league apart from Barnet – but despite this, Southend (h) and a long trip to Chesterfield has yielded 4 valuable points, which have of course coincided with the return of Shaun MacDonald.

Shaun is a more than adequate keeper at this level and someone who GJ has come out and said he can trust. Away at Chesterfield would prove to be a much sterner test than a clean sheet at home to a poor Southend last week, but for a good chunk of the game we proved to be resolute, solid and assured in a sound defensive display against a good Chesterfield side. Yes we conceded twice and no I haven’t seen as heard the commentary as I was there, but in my opinion, Shaun can’t really be blamed for any of the two goals conceded. Some may disagree, but not from where I saw it. It’s time to put this strange obsession the minority have of suddenly calling out our goalkeepers at every opportunity. If it’s justified then so be it, but if it’s not then move on.

It’s natural to compare this season to last, of course it is. But we simply can’t. The landscape and dynamic of this league has changed, we aren’t the same team and this isn’t the same league. In terms of its nature, the number of teams spending big, the competition is beyond any realm we’ve seen before in this division. Survival means adaptation and whilst we try to adapt to survive we must remain patient. Gary Johnson said yesterday that reputation is a big thing for him and we know fully well that whilst this squad is undergoing an massive change, it’s still surviving and upholding the reputation from last season by fighting to the very last second. There’s more than one way to skin a cat and Johnson I’m sure will know them all. With this arguably being a ‘transition’ season, like it or not, that word brings me on to my next point.

We are in transition, we knew this would be the case back in June after Ashton Gate and, it happens to every (un)successful team of our ilk that comes up short. Have there been questionable signings? Perhaps. But every signing is a risk. Some may point the finger to recruitment and the fact we haven’t, like others, had the budget to go out and outspend Football League teams. With big budgets come luxuries such as time, and room for error, we have no such margins. Johnson was bold to come out and make such an abrupt and arrant statement about players not being good enough, and if they aren’t good enough then they will be moved on. Johnson will be privy to what resources he has and hasn’t got at his disposal, so either this was a conscientious and genuine statement, or he has called the bluff of his players looking for a reaction in what was a very astute and crafty play of mind games. He’s been there and done it after all. As it has and will likely always be the case, TUFC has to maximise and squeeze every single resource they have, and like it or not most of our success has been built on us having an ‘underdog’ status. It is reasonable to suggest it’s a role that we seem to be more comfortable, and yes you’ve guessed it, this brings me onto my next point. 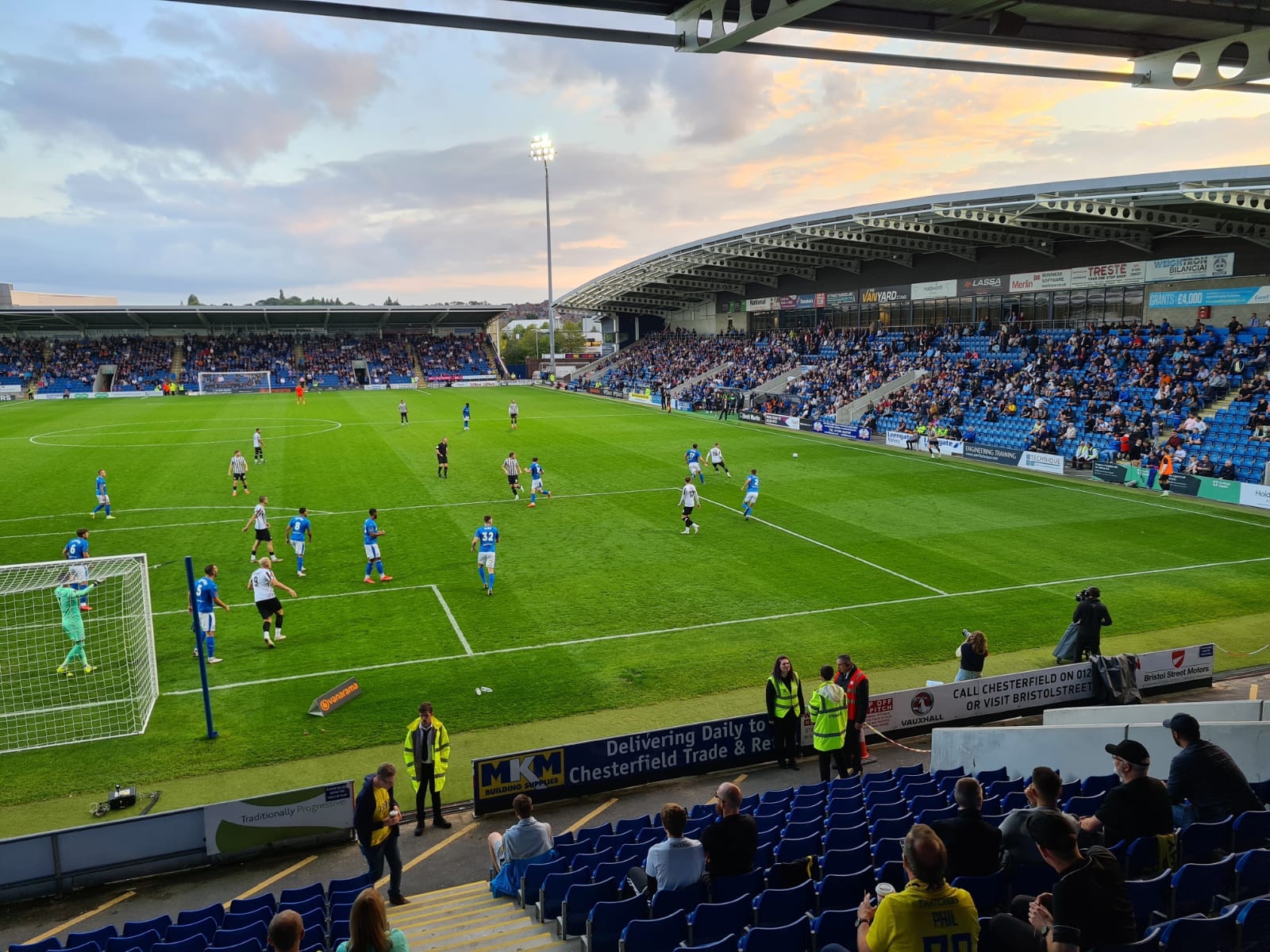 Chesterfield succumbed to that pressure on Saturday – big budget, league leaders, under the lights and cameras with an expectant crowd and the pressure of delivering. Not one associate of the Yellow Army walked into that stadium on Saturday expecting a result and yet, outnumbered by about 40/1, with 10 seconds to go we came up against the odds. As the players ran into the corner to celebrate, and the 142 Yellow Army falling back in love with football in that very moment, Johnson turns to the 4th official and can be seen saying “That’s time!”. The events that occurred in those few seconds tells us that the players we have are fighting for him, for the fans and for the club. That in itself is the basis for success and is why we must, must give the team and management time as we transition into this new look side. The green shoots are there.

This may be a bit of an irrelevant talking point but the Black and White stripes of the 3rd kit looked very sexy on Saturday. I am a sucker for this sort of stuff.  When your club lay claim to the linear and heritage such as ours it’s something that makes me feel proud – the acknowledgment of 100 years one of our original livery.  It’s an improvement on our last black and white striped kit which was ruined with the 420 sponsor. It’s a classy looking kit with a tradition behind it and without going down a rabbit hole of colour combinations, it should in my opinion be arguably worn as our 2nd strip. It’s the one I’ll be buying this season.

2 thoughts on “TALKING POINTS – CHESTERFIELD (A) by Matty Orton”