November wasn’t too kind to us was it. With 12 points on offer, the Gulls managed a meagre 3 (just!), and that was against the league’s whipping boys! What could have been, had Armstrong’s goals at both Barnet and Aldershot stood, we’d be in a VERY different position. But hey, they didn’t, and we are where we deserve to be. Pre-match talking points – Weymouth (a) edition.

FIXING THE AWAY FORM

A major problem this season is our away form. Plainmoor gave us some rest-bite with 4 wins in the Sept-Oct-Nov period, but away from TQ1, it’s been bleak. Just one win, coming at Maidenhead in September, from 9 outings, including 5 defeats. In comparison, at the stage Torquay reached 17 games last season (January), Torquay had won 6 of their 9 away matches. As we all know, no fans last season meant home advantage was futile, with the supporters’ back, is it affecting us more than we realise? No I don’t think it is in all honesty. We’ve lost at Solihull, Bromley, Boreham Wood, Barnet & Aldershot, all sub 1500 crowds. Where have we got points? – Notts County, Chesterfield, Wrexham. 7,000, 5,000 and 9,000 respectively. So the problem isn’t ‘hostile’ atmospheres, rather poor and lacklustre performances.

By the way, Weymouth’s average attendance this season…..1,059. Sorry for that stat.

With Hall back in contention and Andrews gaining match fitness every week, the Gulls do have a lot of options in that midfield. Lolos and O’Connell will be pushing for starts after their lively encounters last weekend, so a switch to width and pace would be the ideal scenario for the Gulls. Fitting in Hall, Little, CLE, Andrews & Lapslie will always be a headache, but if he want that width, O’Connell and Moore maybe our best options. Lapslie, by large has been decent this season, but struggled last week, so a chance to alter the shape? Little plays, but with whom remains to be seen. And that leaves the question of where to put CLE? Back in behind the striker? Lolos or Armstrong? Decisions, decisions.

Armstrong started his TUFC career like a house on fire. His sweetly taken strike at home to King’s Lynn at the back end of October gave Gulls fans cause for optimism. The strong, fearless striker we were all craving for had arrived, and our season was saved! Not quite, and you really can’t expect a 18 year old to carry the burden. But a welcome return to form for the QPR loanee, in our hour of need, would certainly be an early Christmas present for the Yellow Army. He’s had his bout of hard luck, no doubt about it. An off-side goal at Barnet, coupled with an ‘apparent’ push at Aldershot, has welcomed him to the world of footballing hard-ship and the National League. He has talent, it’s there for all to see, and a return of the Armstrong who played against KL would almost certainly favour the Gulls on Saturday. 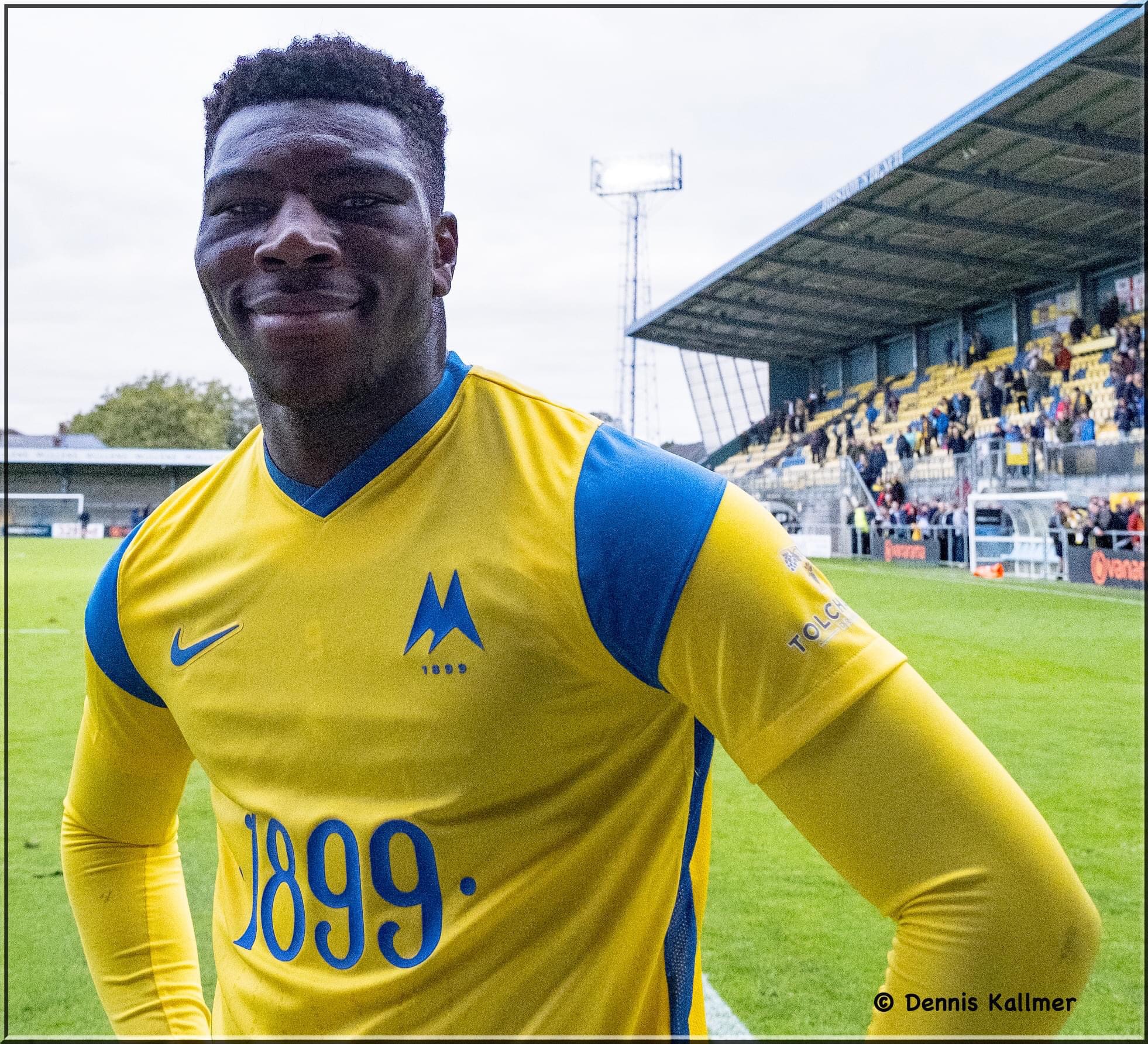 The skipper may have celebrated his 35th birthday last week, but a fit Asa Hall, is still a massive boost for the Gulls. You look at his influence last season from the midfield with 13 goals and numerous assists. He was truly magnificent. He looked a little off the pace against Halifax last week, but then, who didn’t. But another week of training and no mid-week fixture hopefully gave time for our #8 to get back up to full fitness. He’s still the key man and first name on the team sheet in my book.

GJ HAS BEEN HERE BEFORE, MANY TIMES

Whether it was at Yeovil, Bristol City, Cheltenham, Kettering, errrr Latvia, Johnson has been here before. This time 2 seasons ago, Torquay were in the midst of a 7 game losing streak, including that 6-2 battering at Yeovil on Boxing Day. Although that season prematurely ended, Torquay recovered, as we all know, and in style. I’d hazard a guess that a similar difficult run of results happened at Whaddon Road or Huish Park, before he reached his ultimate goal of promotion with those clubs. It’s tough at the moment, but the saving grace is Gary is experienced and he should know how to get a team out of a sticky situation.

GULLS FANS WILL TRAVEL, IN NUMBERS….

And lastly, I needn’t tell you how fantastic our away support is. Whether it’s at Barnet, or Solihull on a Tuesday night, the Yellow Army will always make their voices heard. With United making their second shortest trip of the season, a 600 minimum following is likely, and they will be sure to make some noise. Let’s get behind the lads!