The Ed discusses all things Gulls…

I was bitterly disappointed on Saturday, not as bitterly disappointed as Gary Johnson mind you – he looked more solemn in his post-match interview than ever. The disappointment I felt was not focussed entirely on the team’s performance (we’ve played worse in previous games), it was more to do with how out-classed we were by Halifax in the second half, and how any withering dreams of a play-off push have pretty much faded. A year ago we had the league in the palm of our hands, now our hopes have seemingly been dashed before the Christmas tree has gone up – it’s tough to take. There’s many reasons behind all this, and my positivity and bravado will have increased by Weymouth, but the season so far is like a hangover that won’t fade…

Gary Johnson Out? No. We are struggling and mistakes have been made, the gaffer would admit that. The team cannot find an identity, a formation or tactics that create a winning formula. As well-documented the summer signings have toiled again and again, and we’re a shadow of last season’s promotion pushers. But, this would have been a very difficult season for any manager to take charge of the Gulls. Key players leaving, little time to summon replacements and a budget that pales in comparison to many of the NL teams who are spending for fun. Would GJ leaving be a recipe to improve our chances? Could we find someone better to take his place? GJ Out? No on all counts from me.

I’d say every game is a big one, but this really does feel crucial. The Xmas/New Year fixtures look unforgiving, with Stockport (11th Dec) starting to gain a head of steam under Challinor, Yeovil (26th Dec and 2nd Jan) pushing up the table, Eastleigh away (28th Dec) always a tough one and Dagenham (8th Jan). I’m not saying we can’t pick up draws or wins from any of those games, but we could really do with those 3 points on Saturday. Something to push a bit of positivity back through the club, and push any relegation thoughts to the back of our minds. See you there!

For a club of our size, the variety of media coverage and Social Media content is rather brilliant I’d say. I’m not just talking about us of course! From the engaging and informative forums like Torquay Fans and BTPIR, to the hugely popular Yellow Army Facebook group, to the podcasts from the Herald Express, Talking Torquay and National Obsession, updates from the Torbay Weekly newspaper, stats from Torquay Stats, plus Instagram and Twitter – there is something for everyone. We’ve added a little project in the last week on YouTube (link below), something different designed and presented by contributor Sam Swann. If you’d like to get involved with TT on YouTube or on this site please get in touch, TUFC supporters and their views are what we’re all about.

PLAYER OF THE MONTH FOR NOVEMBER 21

The POTM usually prompts me to write an article, detailing the top 5 players for the month. But there’s so few candidates for November, it’s been stifled down to a rather sad footnote on this blog. So who was No.1 in November? Armani Little. The midfielder scored four goals, including three from outside the box and one last-minute winner, to lead the way for the Gulls. Unfortunately nobody has followed his lead, but credit to Armani for his performances – he has reacted very well to the doubters and I hope this is a turning point between the chap and the Yellow Army. He fully deserves the award. Honourable mentions? Shaun MacDonald and Joe Lewis are the only two that come to mind, some solid performances from those two in a rather grim month. 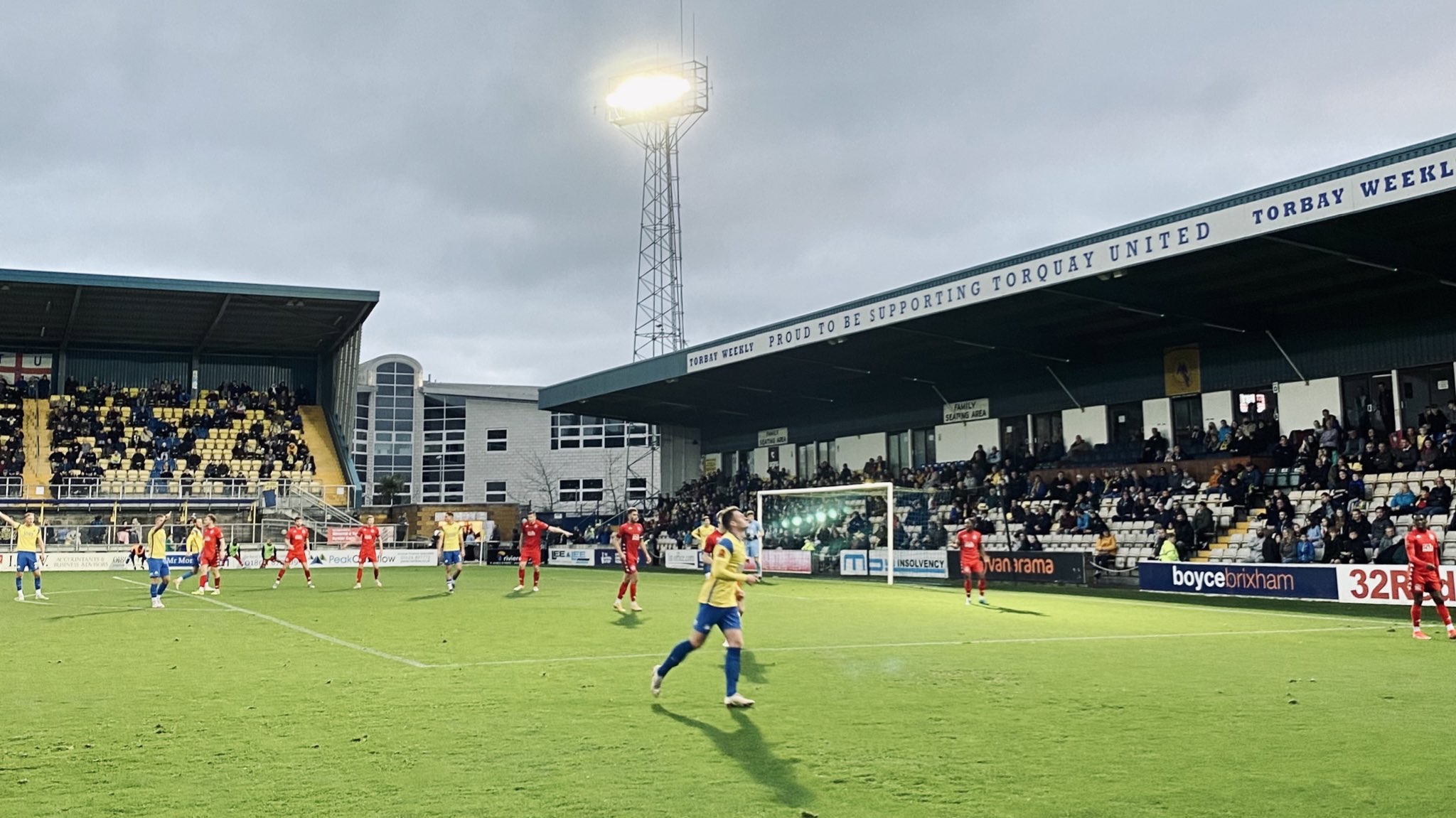 TT BLOG – HER GAME TOO AND MORE.. by Rowena Williams

2 thoughts on “THE TT BLOG 1st December by Dom Roman”