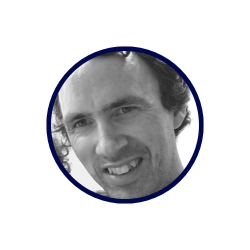 TIME FOR A SHUFFLE?

Is this the time for Gary Johnson to shuffle his Gulls pack and give some different players a chance to see what they are made of? I doubt it. Only two more home games this season and I think the gaffer wants to finish strong, and preferably on a winning note. With the play-offs not mathematically done just yet I expect to see GJ field his strongest team. Maybe guys like Olaf Koszela and Louis Slough will grab a place on the bench, and maybe their chance will come in the dying embers of the season, but for now the push for 3 points will still be the priority and Gary will expect the Gulls to bounce back and beat Maidenhead.

Alan Devonshire continues to lead a plucky Maidenhead United team, a team who don’t have high expectations in the National League, but do cause occasional upsets against the league’s strongest outfits. They sit comfortably safe from relegation trouble in 17th, with their home form key to picking up 46 points, with only 3 wins coming on the road. It’s easy to pick out their dangerman – striker Josh Kelly has bagged 15 goals in the league this season, which is an excellent effort considering the lack of quality around him. Perhaps the Northern Irish front man could be on Gary Johnson’s radar with that sort of form. Alongside him is a certain Nathan Blissett. Nathan has only scored 2 in the league this season, but can be a handful as we know. Overall a limited team, but one that can cause us trouble if the Gulls aren’t at the races.

Dean Moxey has gone off injured in the last two games, so must be a doubt for this one. The defender has played more than most this season, so perhaps it’s time for him to take a well-earned break. Otherwise unless Gary Johnson wants to rotate, the same team will take the field again. With an overload of midfielders it’s not perfect, but this is the manager fielding his best players together and telling them to get on with it! Maybe the bench will rotate a little, and maybe Joe Felix will actually play more than 10 minutes if things are going well. That would be nice!

When will we see him again?! Olaf has been out on loan all season, and I think everybody is wondering whether he’ll ever make an impact in the first team. He played briefly the season before, so in 2021-22 he’s actually drifted further down the pecking order…which must be tough for him to take considering how rare goals have been from Torquay strikers. We’d all love the youth teamer to finally grab a chance and bang in goals, but it’s becoming less and less likely as time passes. Will Gary Johnson keep faith in this chap’s potential? We’ll soon find out.

Any wind in our play-off sails pretty much evaporated last weekend, and understandably it’s been a low key week to be a TUFC fan…especially with the Grecians winning promotion to League 1. There’s some things to be proud of this season I think. The pride of a squad picking themselves up and grinding out a run of form better than most in the league and the pride of the Yellow Army showing their support and singing more songs than ever. Keep supporting the lads, and keep hoping next year will be better…it’s the only way to go!