First and foremost, I hope everyone remains safe.

By the time kick off comes around, storm Eunice, together with Dudley’s mid-week bashing would have left their marks. Though not as bad on Saturday, the forecast indicates very strong winds throughout the day, and as all we know, Torbay tends to cop the brunt of it.

Wind spoils games. Rain you can cope with, snow you can cope with. But wind makes it much more of an even keel. This, of course, will not suit Gary’s style of play. Barnet may see this as a leveller, and it’s up to the Gulls to ensure they carry out their jobs in a professional manner in these unsavoury conditions.

The deluge of rain we had pre Dagenham did the Plainmoor pitch no favours whatsoever. Surface water was starting to build and you feel another hour of rain probably would have called that game off. Come 5pm on the 8th January, the pitch was not in great shape. The ground staff, to their credit, have done a remarkable job with the recent matches, and luckily, in the main, we’ve had long dry spells throughout February. Now that the weather is a fair bit damper, it will be the ultimate test of the pitch to see whether it can survive 22 men running on it’s surface. Hopefully, that wind will dry it out. 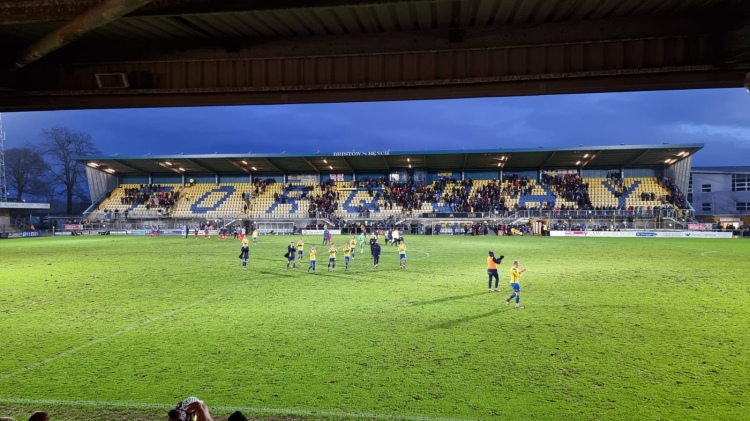 HALL AT THE BACK?

Hall has taken to centre back, like a duck to water. Gary’s change in formation, and perhaps abundance in midfield talent, has resulted in the 35 year old being utilised at the back. With Little, Lasplie, Lemonheigh-Evans, Duke-McKenna, Wearne, O’Connell & Felix to all fit in to 3/4 positions, it seems a sensible move to bring the captain into the heart of defence. There was worry at the start of the season. Lewis, alongside summer signing Omar, were the only two recognised centre back’s. Concerns were building over the lack in squad depth, but this was soon mitigated with the emergence of Moxey into the middle. With Asa now perhaps settling into that position, it’s something us Gulls fans may have to get used to.

Oh, and that’s not to say he’s any less of a goal threat. 2 goals in his last 2 outings confirms that……

Danny Wright is the man who just keeps coming back. When he went off 6 minutes into the Solihull game, it looked for all the world as if he’d be side-lined for another few weeks/months with a ‘hammy’. But no. Here he is, just 2 weeks on, coming on as sub and yet again making an impact at Dover. He’s had his share of injury woes in his time at Plainmoor, and at 36, you’d think each new injury will take a little longer to recover than the last. The blonde haired target man will hopefully once again take to the field on Saturday, and whether he replaces Holman up front, remains to be seen.

Gary surprised us all when he announced the signing of Joe Felix from Billericay in December. Game time has been hard to come by for poor ol Joe. Just 71 minutes across 2 games is all the midfielder has managed. It kind of begs the question, why sign him? Wearne has come in, as has Duke-McKenna. It seems an odd choice to sign him, but who knows, it could all be part of the GJ masterplan! He looked a little lightweight in the only game he’s started so far, at Huish Park, but in all fairness I can’t see central midfield being his best position. Perhaps a winger? Perhaps a wing-back?

He’s travelled right across the country to be here, and his bout of COVID over Christmas didn’t help matters, but maybe a return to the matchday squad for Joe is on the cards against the Bees.

Barnet are in a spot of bother. we’ve said that before. The ceasing of the NLS & NLN season’s last year was their saving grace, and this time around, their saving grace looks likely to be Dover, Kings Lynn & Weymouth. They sit 19th with 5 defeats in their last 6. In those games, they have shipped 4 at home to Chesterfield, 5 against Stockport, and 6 at Notts County. I think it’s fair to say they are there for the taking, but as we all know, the Gulls often go by the script.

From the outside, Barnet look a team devoid of any confidence. Racism issues have divided the club in recent weeks, which has resulted in players being threatened with the sack. Torquay simply must exploit this. If we are to continue our push for the play-offs, these are the must win games.

Barnet put a massive spanner in the works last season in our quest for the title, and now, its payback!