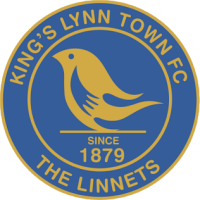 TT – Hi Jamie – so how would you summarise your season so far?

JH – I don’t want to use the word disaster but it’s not been far off that! Poor recruitment over the summer (especially in attacking positions), not being able to defend and too easy to play against. Slight improvement since the new manager came in, but to be honest I think he was always up against it when he came in with the position we were in and the squad he inherited.

Did you expect to struggle so badly this season?

No! I don’t think any Lynn fan did. I knew it would be difficult looking at some of the clubs in this league and was hoping for any position above the relegation zone. With going full time in the summer I thought that would give us a fighting chance but it’s the defeats against the likes of Altrincham, Aldershot, Maidenhead etc they will ultimately cost us. 12 goals in 15 home games tells you it’s own story.

Mixed just like the season. A good draw at Grimsby, decent(ish) point at Barnet and a 2-2 draw at Solihull which appears to be 2 points dropped as we were 2 up. At home we’ve struggled for various reasons – very poor against Altrincham and Maidenhead recently which were both games we really had to win to have any chance of staying up! A goalless draw against Woking on Tuesday evening in another must win game summed our season up – better defensively since Tommy came in but just can’t score.

What’s been the highlights of your season?

Not much really!! Guess the first win of the season (at Maidenhead in October) is a positive and a good performance, although we lost, at home to Walsall in the FA Cup 1st round. Home win against Weymouth was good as for a while it gave us hope we could avoid relegation!!

Captain Michael Clunan has had a good season. Consistent and has chipped in with a few goals. Ross Barrows will never let you down and always gives 100%. Josh Coulson who signed recently on loan has helped improve the defence due to his experience and Josh Barrett can always magic something up out of nothing.

Most people think of Stephen Cleeve first when King’s Lynn are discussed, what’s your thoughts on him?

Personally, I’ve always got on fine with him and found him supportive when I had to stop volunteering at the club last year due to ill health. Thanks to his backing we’ve got to the National League but I think this is a step too far for a club with just one person running it. We need more people behind the scenes to help out especially commercially. I don’t agree with all of his Twitter comments though……and can see why it’s given us the reputation it has.

Who’s your gaffer and how does he like to set the team up?

Tommy Widdrington was appointed in December. He’s made us more “streetwise” and has brought in several players, some have worked some haven’t but to be honest he was up against it when he came in. Having said that I don’t think we would have got a goalless draw at Grimsby under previous regime. We tend to play with 3 centre backs with a solid midfield, especially away from home. At home, we can’t quite seem to get it right in an attacking sense.

How do you think the club will cope with relegation, assuming it happens?

That’s the million dollar question! There seems to be growing concerns from some around a possible double relegation. The squad we have currently would drastically need to be changed if we were to hope for promotion straight back up. We will stay full time or revert back to part time is the other big question? Lots needs to change behind the scenes as well to get us into being a club that can compete at the top level of non-league football.

Where’s best for the Yellow Army to seek pre-match food and drinks?

Best player I’ve seen has been Cal Roberts at Notts County who scored a hat-trick against us. Notts County the best attacking side I’ve seen. Yet to see Stockport (that’s in a week or so). Chesterfield weren’t the best footballing side but the most effective at what they do.

And finally, what’s your prediction for Saturday’s game?

To be honest, knowing Lynn this season it could either be a 1-0 win for us, a 4-1 win for Torquay or anything in between! I’ll go 1-1 but I’m usually wrong.