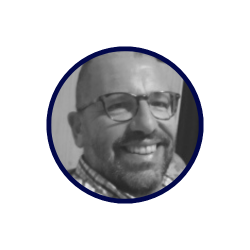 It was nowhere near as bad as Havant, our last foray into Hampshire. Torquay competed throughout a game that was woefully short on quality and probably deserved a point, but were undone by a classy late free kick from Shots’ Lewis Kinsella.

After Aldershot started slightly stronger we had the best of the first half. There were shades of Havant in that we approached half time with a dominant spell, but there were no quality crosses, no killer balls and front men Armstrong & Evans were unable to turn straw into gold.

The big talking point was Armstrong’s disallowed goal after about 20 minutes. He chased an overhit pass into the left fringe of the Aldershot box. He was making good ground on the defender but probably wasn’t going to outstrip him. All of a sudden, he did: defender & onrushing keeper down in a heap, the ball broke to his feet and he strolled towards the net for a tap in. The linesman, however, had put his flag up straight away, and made a shoving motion. I can’t say for sure, but I feel he may well have been right. Armstrong, in fairness, looked absolutely distraught and was probably lucky not to get booked for his protests. You have to feel we would probably have won the game if that had been allowed. Aldershot showed even less quality than us, if anything, and on a night that was nippy without ever feeling truly cold, they would have had a mountain to climb.

By the time you are reading this, you will know the rest. We never got going in the second half. Aldershot created very little though, and MacDonald was a calming presence in goal. They did win it though, 5 minutes from time. Jacob Berkeley-Agyepong’s dangerous run was halted by Lapslie’s professional foul. To me, it looked like he had been about to slip a colleague in for a shot on goal and the free kick looked like a gamble worth taking. But when you’re struggling late “worldies” tend to happen, and Kinsella’s aim was unerring. He hit it left-footed with pace & swerve over the wall into MacDonad’s “top bin”.

That was that. Other than a petrol station coffee and an engine-thrashing drive home, there’s nothing much else to report. 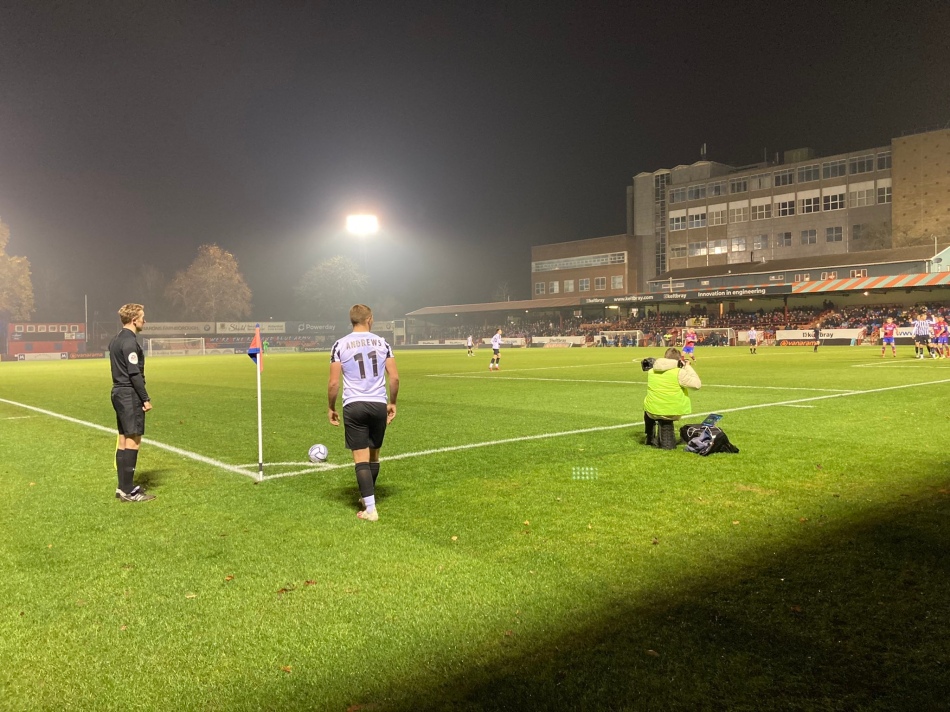 MacDonald 7 – Solid from Shaun, as we’ve come to expect. Caught well, tried to keep the game moving. I don’t think he could get to the free kick.

Wynter 5.5 – Not his best game. Offered nothing going forward.

Moxey 6 – Dean continues to rage against the dying of the light. Defended ok. Long throws ineffective.

Perritt 6 – Another decent performance from Harry. I guess he must have run out of steam at the end? Otherwise a mystifying substitution.

Andrews 6 – Good to see Jake back in the starting eleven. Created little or nothing though, and I’m not sure playing him on the right was a masterstroke. Latest Torquay player to find it impossible to beat the first man on corners.

Lapslie 5.5 – This mark might be a touch harsh, because he did what he does and won’t often let you down. Ran all night, and when outpaced very happy to kick people instead. Sadly his last foul proved fatal.

Martin 5.5 – A cross, a cross, my kingdom for a cross. Richard III would have been tearing his hair out watching Dan. Busy, tries hard but not up to scratch.

Lemonheigh-Evans 5.5 – A good player at this level. Didn’t do it last night. A new Dad, so I will cut him some slack and leave it there.

Armstrong 6 – Welcome to the National League son! No lack of effort from Sinclair but the 18 year-old’s shoulders may start to droop soon. Arguably unlucky with his disallowed goal and one good solo run late on, but could have done better with back to goal and nearly did himself a mischief when committing a foul in the first half. We may be expecting too much of this lad, and it’s a crying shame.

Moore 5.5 – Late replacement for Andrews. One barely fit player replacing another, announced over tannoy as “Brian Moore”. Won’t have been over the moon with his cameo.

Holman n/a – A mercifully brief introduction as we sought to get an equaliser. Fat chance.

Omar n/a – One pass on target. One misplaced. One nervy shepherding of a ball for someone else to clear. Wasn’t on quite long enough to do any damage.

Lolos (unused) – Good game to miss I reckon. The merry-go-round will turn again for him.

Brzozowski (unused) – I have seen his diary entry for yesterday. “Today I was very excited because the gaffer told me I would be on the bench for the game at Aldershot tonight. I don’t understand why I haven’t been getting a game because Shaun keeps saying he’d rather be a fireman and nobody even talks to Mark, but I really enjoyed it. Aaron says I’m a ripper bloke with a bonzer future in the game. I don’t understand that, but I think it sounds good”.

MAN OF THE MATCH: Joe Lewis

He had a solid game at centre back and is probably a Football League defender in the making. Good in the air, no-nonsense on the deck. He will be vital in the struggles to come. He clinched the accolade with a piece of sh*thousery that wouldn’t look out of place in Serie A. Aldershot had been using the tiresome “dry the ball and fling it into the box” strategy. Finding himself out on the left touchline with the ball out of lay, he carefully picked up their blue towel and hurled it onto the unused away terrace, where it sat neatly atop a Torquay flag until an enterprising away supported repatriated the offending rag behind the goal. His near namesake, the legendary heavyweight champion Joe Louis never threw in the towel. Our Joe chucked it out, and this should soon pass into folklore. Bravo!!

If I have to mention a player here, I will go for Shaun MacDonald. He is now a mature, confident keeper who gives some much-needed ballast to our back four. The lad is also a character and you could tell he absolutely loved the whooooooayoureshitaaaaaah from the home fans.

I sometimes find the “you’re the 12th man” “come on yellow army, get behind the boys” stuff tiresome when it comes from the club. We should, however, celebrate the fact that both teams were noisily supported by their hardcore supporters last night. Aldershot and Torquay fans have seen it all. Relegations, promotions, appalling administration- and yet quite a lot of them just keep coming back for more. We were both noisy last night, and I feel the home drummer had the better of that contest. Some of the Aldershot songs are woeful though. Three syllables into two just don’t go, and “Town, Town, Aldershot Town” is deeply forgettable.

I thought we played 4 at the back, with Dan Martin further forward on the left: for all the good that did. I am yet to be convinced that sticking a player with a decent left foot (Andrews) on the right is the best use of that resource. In fairness, with his build & fitness he’s not going to go past people so maybe the crafty diagonals are where it’s at. There’s a school of thought that we should only play one of Little & Evans, so as to have one creative top dog. I believe that with the paucity of quality in the squad we do have to find a way to make them play together. I’m just a cynical old pen pusher though, so it’s “over to you, Gary” on that one. 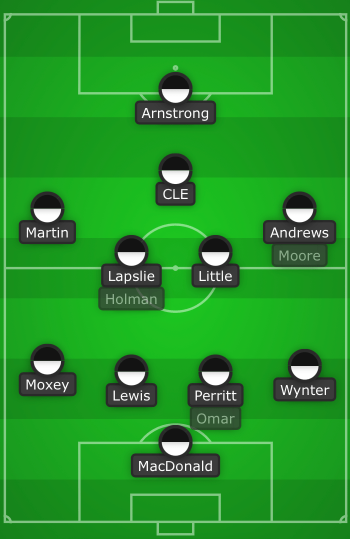 The home side are absolutely overjoyed to have won back to back home games. Both these teams are likely to finish in the bottom half. I have always enjoyed going to Aldershot: it’s an old-school away experience. Coming down the hill from “scary park” (if you know, you know), the brightly lit pitch on a winter evening still gets those old butterflies going. It’s a rickety old ground but unique at that. Letting the two sets of fans chant at each other across the iron & concrete no man’s land under that beautiful old roof behind the goal is, frankly, what it’s all about for me. Long may it continue. 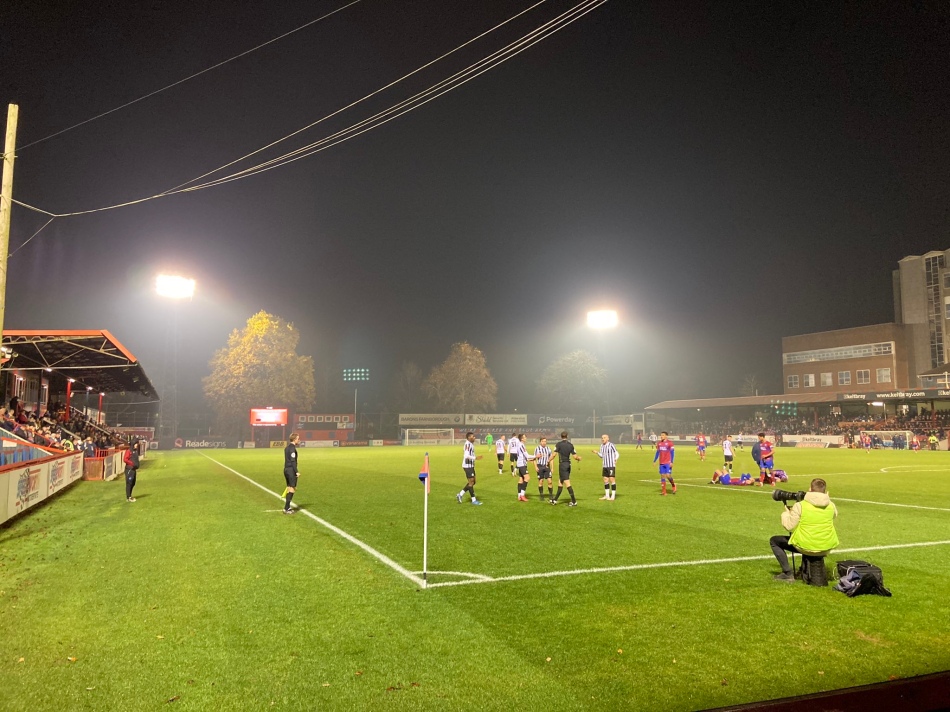 Not an easy game to referee. Lots of fouls. One massive turning point. Just this once, I will give them the benefit of the doubt. We don’t want VAR so we are stuck with fifth-level officials. They do a better job than most of us could.

I am not too downhearted about last night. Sometimes football is about a bit more than what happens on the pitch. 1500 people left their firesides last night and paid good money to watch teams they will back through thick and thin. Both sets of fans gave it their all, and I had a few carefree hours with an old mate. That is worth celebrating. We get to do it all again on Saturday too, and we may even fluke a result!

Glimpses of what we’re capable of last night but no end product sadly. Martin was good. Lemon’s back. Sinclair penalised for opposition players running into each other. A good run is coming, just got to keep the faith. #TUFC #aldershit

🟡Trust in GJ to find the solutions
⚪️Time for the players to step up
🟡Wright and Hall needed back to lead the team
⚪️Give Andrews time to find fitness and form
🟡Sinclair will get goals #tufc #coyy pic.twitter.com/ysJvvuiLgo 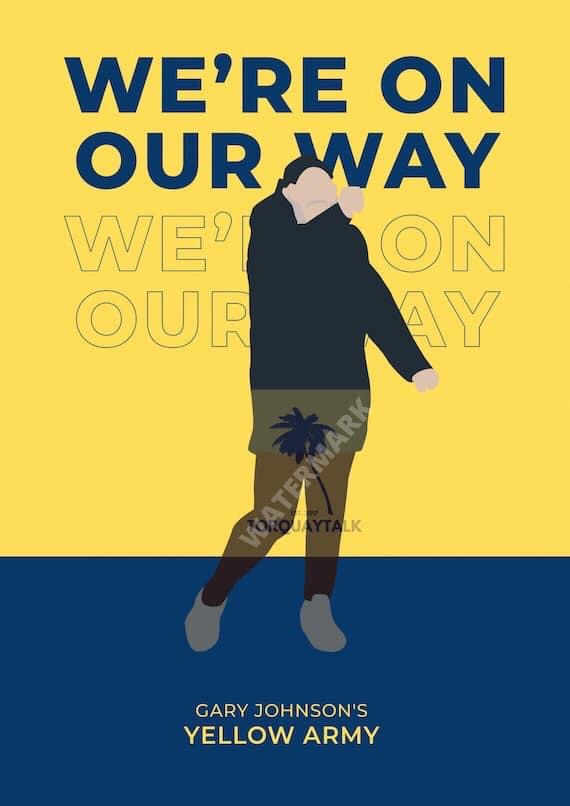