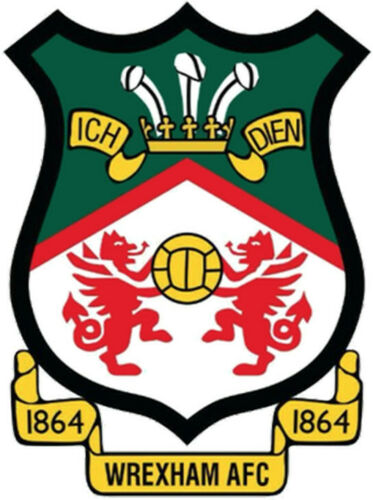 Hi, well before we changed our formation to a back 4 instead of a back 5, our form was neither great nor bad. We’re not setting the league alight considering the hype but Rome wasn’t built in a day. Since we changed our formation to a back 4 (ok it was against Marine and Barnet) I can see a change in our play and we look more threatening going forwards plus more composed defensively. So think we have turned a corner.

Well so I thought that! Wasn’t at Maidenhead and from what I gathered we didn’t play well in the first half but seemed to have done better in the second half from what I heard on the radio. It was another of those Wrexham performances. Even with that set back I still feel optimistic for Saturday, as there were a few shocks that happened on Tuesday.

Highlights of the season? Well pre-season the signing of Mullin. During the season it would be our 1-0 win at home against Dagenham, our 2-2 draw against Southend (even though considering recent Southend results a draw is a poor result) but with us being 2-0 down it was amazing limbs in the away end once the 2nd went in. From a non-Wrexham perspective your draw away at Chesterfield was an amazing result and definitely helped us. 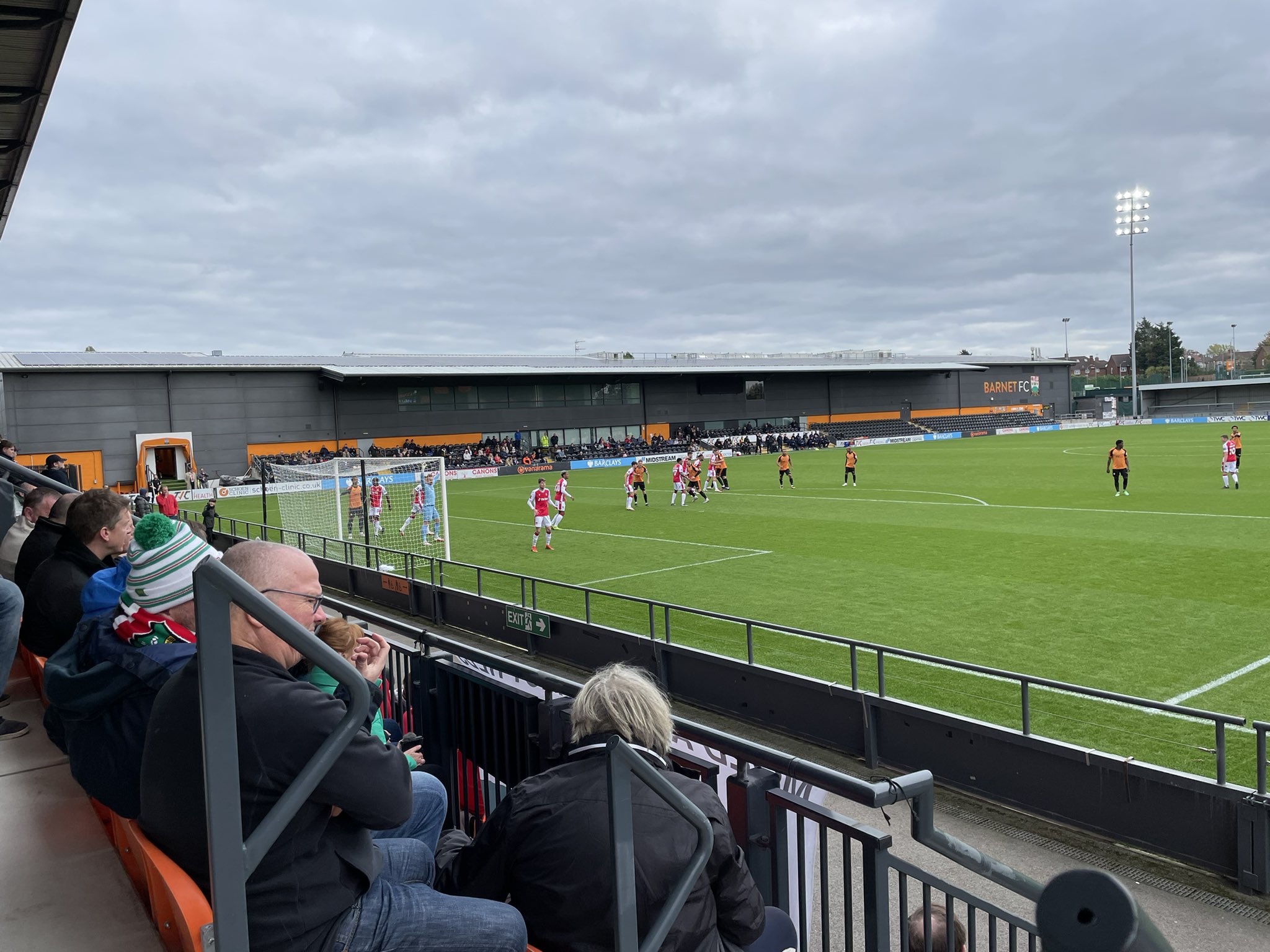 How are the summer signings fitting in?

Well where do I begin!

Mullin is just class, levels above this division, can see him being a Championship level forward. His clinical scoring, I don’t think I have seen him miss a 1 on 1 and his off the ball play is also brilliant, how he creates space for those around him while also having a good eye for a pass to others.

Hyde is such a hassle for defenders and is a brilliant forward who gets into the right areas to score. Him and Mullin link well when both are on the pitch.

Tozer, well I assume you know of his long throws by now. We have finally capitalised on his long throws and got a few goals through them. We have been crying out for a defensive midfielder with a back 5 and since Brisley has come into the side after the formation change to a back 4, and Tozer moving into midfield has helped address that issue in the last 2 performances. To expand on Brisley he is very vocal and commanding in defence.

Hayden has been a constant player in that back-line. He definitely has quality but there has been moments where he has looked a bit shaky but hopefully it was all because of the previous formation. After the formation change he has looked great when needed.

J.Jones and McAlinden have improved more as the start of the season has progressed. I would say McAlinden has been the better of the two though.

I would say our key players are Mullin (probably guessed that one!) like I said before he is quality. Tozer, a leader on the pitch and a solid player. J.Davies is very creative and has a brilliant free kick on him, French has got great pace, brilliant defensively. (Young hasn’t been at his usual best this season and would usually name him amongst our key men). Lainton is a cat in the box with quick reflexes.

What are your thoughts on the manager and how does he like to set the team up?

Was 50/50 about Phil Parkinson as I didn’t know much about him before he came, only bits from his previous clubs. But Wrexham fans had been warned from fans of other clubs he’d managed before, that he is stuck in his ways. Early doors it looked like that’s the case but since we drew away at Marine something happened and he diverted from his usual 3-5-2 formation (which we used since the start of the season) and changed to a 4-4-2/4-2-3-1 formation which has benefited us. It surprised us that he is willing to change formation and not stay constantly with the same back 5 each game, showing that he‘s capable of using different tactics. So if he sticks with it or changes his formation to counter the opposition style, then he will have gone up in my estimations.

What’s your likely line-up for Saturday?

Depending on Lainton’s fitness it is likely to be Dibble in goal. In defence French, Hayden, Brisley and Reckord with Tozer, J.Davies, Jarvis and McAlinden in midfield. With a forward line of Mullin and Angus up front. Hyde could be picked if recovered from his injury before the day of the game.

You never forget your first visit to the Racecourse 🏠@RMcElhenney | @VancityReynolds

How do you think your Hollywood owners are doing so far?

I think they have been brilliant, both of them may even make an appearance at the game on Saturday if the rumours are true. With all the bad press that foreign owners have, we are really privileged with our two owners – an American and a Canadian. Both have the club at heart. They haven’t spent a penny over the summer or even this season as a majority of it came through sponsorship, season ticket and kit sales. The sponsorship was achieved using their big names in the film and TV industry. There has been ground improvements as well, for example the electronic boards, under the Tech end (the stand behind goal) have been improved. While there’s also a potential for the Kop being renovated, some ideas of how it would look like have been shown.

The pressure is on to win promotion, are you confident of achieving it?

Personally I think we will finish 4th based off our additions and the quality of some of the names we have brought in during the summer. Considering our record in the play-offs I am not confident that we can achieve it this season unless we get the top spot. This was my prediction before the season started, even with that, I think the quality in the team is good enough to achieve promotion through the play-offs. 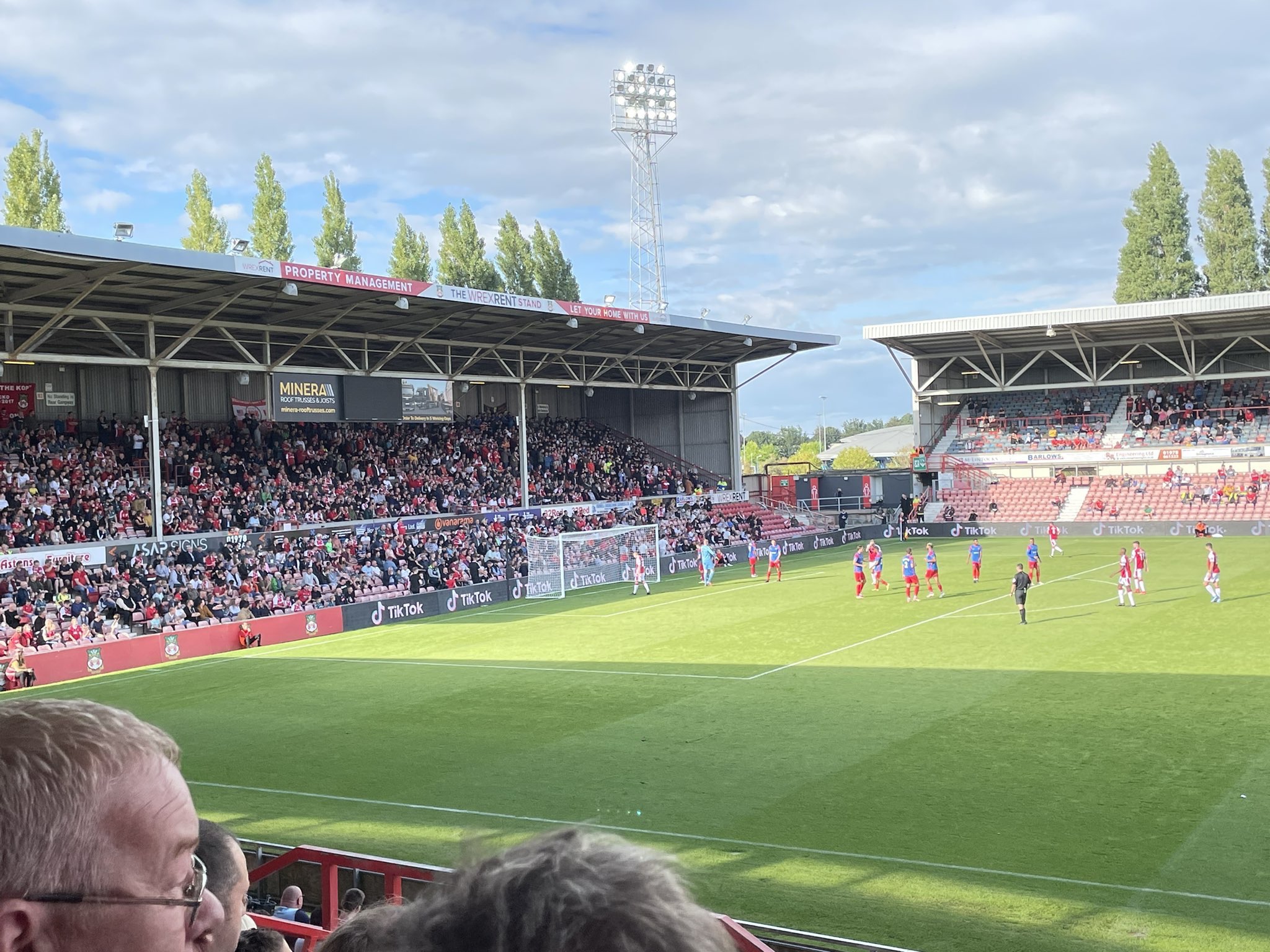 Which opposition players and teams have impressed you most so far?

Teams that have impressed me are Grimsby, Daggers and Woking. Okay we did beat Daggers and Woking, but Woking kept being a constant threat, while Dagenham had a poor first half, but upped their game in the second. I can definitely see them competing near the top this season. Meanwhile Grimsby were brilliant defensively with an experienced keeper between the sticks and a manager who knows the league very well. I have been impressed by Wilson and Walker of Dagenham, Essel and McAtee of Grimsby have looked brilliant for the Mariners, with also McKeown who is just class at this level. Did also like Sbarra of Solihull Moors.

Where’s best for the Yellow Army to grab pre-match food and drinks?

In Wrexham there are 2 Wetherspoons, one called The Elihu Yale (near the Elihu there are other places to eat like fish and chips, Subway and McDonald’s) and the other The North and South Wales Bank. If you like your craft ales there is a small coffee shop called Bank Street Social that has craft beers etc but it closes at 2. If not fully booked the Fat Boar is brilliant for pre-match food but may need to pre-book for that one. The Maesgwyn, The Turf (outside the Turf there is a burger van which you can get something to eat outside the ground) and Hill Street social are places that Wrexham fans usually attend and if it’s a sizeable crowd there’s very likely a long waiting time for a drink. Out of the 3 you are more likely to get served at the Maesgwyn because they have an outside bar as well. It’s also not far from the ground.

And finally, give us your prediction for the game?

My prediction is a 2-0 win, with Mullin and McAlinden scoring for the reds.