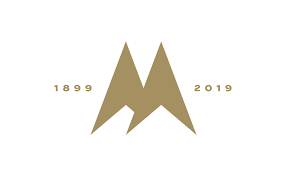 Torquay United continued their impressive recent form to grind out a 1-0 win over struggling Wrexham.

Liam Davis’ fine finish from an acute angle on 56 minutes – after being teed up by Jake Andrews -ultimately proved to be the difference as Wrexham’s recent woes continued. The Dragons had the better of the first half but could not beat Shaun MacDonald in the United goal who made a fantastic one-handed save to deny Paul Rutherford. The result saw the Gulls rise to sixth while 22nd-placed Wrexham, play-off contenders last term, have one league win in their last 15.

Dragons’ manager Dean Keates returned to the Racecourse Ground for a second spell as manager in October 2019 following the dismissal of Bryan Hughes. He had previously led the Dragons to the brink of the National League play-offs before departing to take charge of his hometown club Walsall, where he began his playing career in the 1996-97 season. Following the club’s takeover by Hollywood actors Ryan Reynolds and Rob McElenny, Keates will be looking to lead the Dragons to further glory.

Keates also played for the Dragons between 2011 and 2015 and was part of their FA Trophy winning side in 2013, when they beat Grimsby Town on penalties in what was Wrexham’s first ever appearance at Wembley. As a player he also appeared for Hull City, Kidderminster Harriers, Lincoln City, Peterborough United and Wycombe Wanderers.

One to watch: Luke Young

A player who needs no introduction to Torquay United fans, Luke Young joined the Gulls in 2014, making over 100 appearances for his home-town club Plymouth Argyle after progressing through the Pilgrims’ youth set-up.

He soon became an instant hit with Plainmoor faithful as he helped to spearhead a run of six straight wins between August and September 2014, which made an immediate return to the Football League for the recently relegated Gulls seem like a reality. Young then followed this up with what was arguably his finest moment for United when he scored a stunning 30-yard volley against Wrexham before going on to win the first of his three player of the year awards at the end of the 2014-15 season.

Injury then meant that Young missed most of the 2015-16 season, but he still managed to return to play a part in helping the Gulls to secure their first ‘great escape’ under Kevin Nicholson.

After returning to full fitness in the 2016-17 campaign, he once again played an influential role in helping United avoid relegation a second time under Nicholson. Over the course of the season, he scored six goals and played a key part in both goals in the Gulls’ 2-0 win over North Ferriby United on the final day of the season. He also lifted his second player of the year prize.

However, despite completing a hat-trick of player of the year awards in the 2017-18 season, he was unable to prevent the Gulls being relegated to National League South and he joined Wrexham in the summer of 2018.

The Stream (for those not able to get a ticket):