“I may be romanticising it in my head, but there were no penalties, barely a tap in and certainly a good many screamers.” – Chris Morrish on David Graham 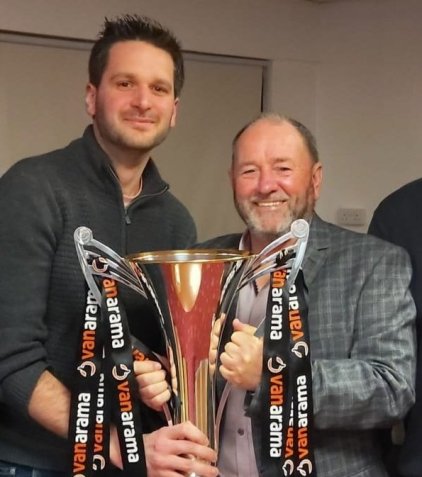 Picking my own TUFC Dream Team?

In my defence, I would offer the usual caveats that I am only 31 years old. Yet there are probably 10 players who could easily slot into each position, and for a variety of reasons, and that only goes back to 1997.

What I have done therefore is to make a side that passes my 7am test. I am not a morning person, and still struggle to get into work for 9am, but this is a side who would have me at Lymington Road to be on the coach on time for the trek up north.

It’s a side born out of emotion above all else, which helps me sleep at night when turning some names away from the first XI. Because let’s face it, what’s football without the emotion?

I remember being sat in the Family Stand watching Neville Southall from behind the goal. I could only have been 11 or 12 at the time, and he was like a superman. Every time he took a goal kick it went miles and at a ferocious pace. He made saves he had no right to make, and once had to call over someone with scissors to cut his shirt neck open, but it only added to his mystery. He was a phenomenal goalkeeper. I only wish that more top footballers would come down the ladder to end their careers.

This comes in two parts – firstly there was Nicho the player. In the 2007/08 season he had the most assists in the top 5 English leagues, well ahead of Cesc Febregas in second place and Rooney (6th), Gerrard (9th) etc. He was a vital component of the side that got Torquay United back into the Football League. He was in the League Two Team of the Year and made 350 appearances for the club – the 11th highest total of all 1140 players to ever play for the club.

I attended a TUST event with Kevin, Chris Hargreaves, Chris Todd and Tim Sills that summer and it was hilarious. All four are part of my own personal TUFC history, but Nicho was particularly funny in taking some ribbing from the others, and that squad will be remembered very fondly for the memories they made.

As manager he oversaw a particularly difficult time in our history, at a time when we were at our lowest ebb, but he connected with the fans and gave people a reason to support the club. No matter what the result was on a Saturday, he gave fans his honest opinion after the game. Even after a defeat, when it was inevitable that there would be a negative response, he put his head above the parapet and continued to connect with supporters. It was a hard time to support the club, but it would have been 10x worse with someone the fans did not connect with, as was indeed the case after he left, and he’ll always have my huge respect for that.

The 2015/16 Great Escape with fans chipping in towards a Players Fund was probably the closest fans have ever been with the club – owned, managed and supported by people who were desperate for the club to succeed. We could well be unique as a club in that many of our most prominent moments are ‘Great Escapes’ – from the Bryn police dog story of 1987, to the last day escape at Barnet in 2001, to most of my teenage years singing “do do, do do do do do…” from about February onwards every year – but I think that season was particularly memorable for the escape we made and I’ve kept the poster on my wall ever since.

I was part of the Shiphay Primary School group that went to a game with the Frank Prince Football in the Community programme. We got autographs from the players in the changing room before the game and being a regular in the family stand with my dad that season, I wrote down who each one was next to their signature after they did it. Wayne Thomas was towards the end, did the signature, then wrote his name next to it, gave it back to me, said “there, done it for ‘ya” and smiled. He had a pretty good career at Stoke, Southampton and others, but mainly the autograph thing.

Mark Ellis was I think the most naturally gifted ‘raw’ centre half that I remember coming through when he made his debut on loan as a teenager. He had all the physical attributes and was all-action in the way he attacked the ball and put his body on the line. I think he’d be good in this hypothetical partnership with Wayne Thomas at the back.

He was on loan from Tottenham as a teenager, and straight from the outset always looked like being a Premier League player in waiting. Having done so, he’s now become the benchmark for all subsequent loan players to impress me.

I wrote a piece for the ‘Gullaticos’ section of the Highway to Hele fanzine on why Kevin Hill is my favourite ever player. I have it on the Fan Stats website here with kind thanks to Rob Dand, and it explains why in a bit more detail. Reading it back a few years later it does sound quite like a drunken love letter, but I grew up with Kevin Hill on the wing and to me he is Torquay United.
Also Considered: Literally no-one else. It’s my Torquay United XI and Kevin Hill is on the left wing.

I was at university up North and went to Barrow away on a Tuesday night in April 2009. Chris Hargreaves took the game by the scruff of the neck, scored the equaliser in a 1-1 draw in that game. He then scored a goal against Burton to secure a play-off place, then endured the Histon aerial bombardment in the semi-finals, then went to Wembley, twatted one in the top corner with his wrong foot, raised the trophy as we got back into the Football League and screamed “that’s for you” to the fans as he lifted the silverware aloft. I think that sums things up quite nicely, but his captain’s blog that season was also a really nice insight into the club and a bit like the Nicho post above, really helped connect fans with the club. I still have his mug in my kitchen cupboard, although I’ve stopped using it day to day and it’s hidden at the back, just in case I ever break it.

One of, if not the single best player(s) ever to play for the club in my time. I bought my football boots at school because they were the ones he wore. The 2003/04 side will be one of the best in our history, and he was the centrepiece of it.

I wanted to include someone from the current squad, and I think Kalvin fits in nicely with those around him. Every team needs that exciting player who can get the crowd going, and Kalvin looks to be the most exciting player we’ve had come through for a while. Pacy, skilful, runs at defenders, beats them, got a very good shot on him. Just the sort of player fans love. 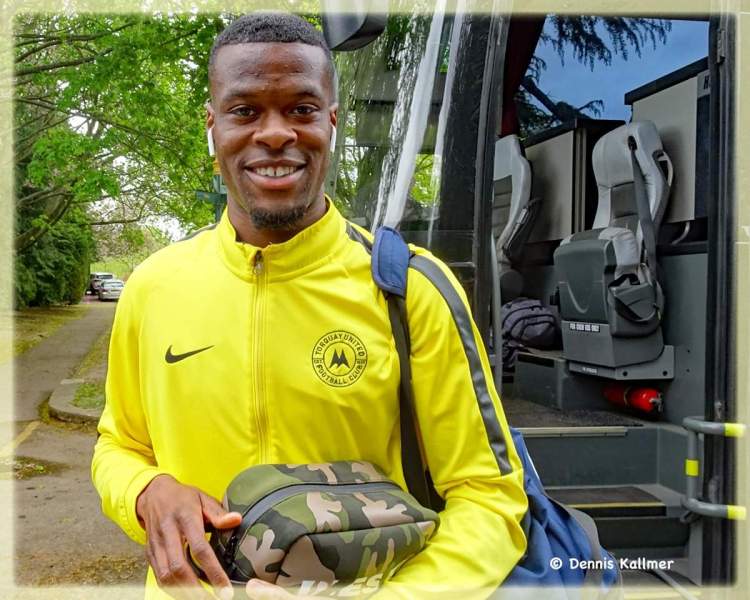 Rodney Jack was the reason that I first fell in love with football. The 1997/98 season was my first as a Torquay fan, and he was the superstar – the culmination of which was the Scarborough Play-Off game, those two goals, and a Club Record fee received soon after.

To score the volume of goals he did, in a promotion winning side, has to make you a shoo-in for a side like this, before you even consider the quality of them. I may be romanticising it in my head, but there were no penalties, barely a tap in and certainly a good many screamers.

I was spoiled as my very first away game was Northampton on the first day of the 2003/04 season. That first year was travelling the country, winning most weeks and playing superb football. Plainmoor was rocking, with ‘Leeeeroy, Leeeeroy, Leeeeroy’ ringing out as he took us into League One, providing some of my fondest TUFC memories. Considering the level he reached, the quality of the football, the resources he had to work with and popularity with the fans, I would back him to take this Dream Team and get it entertaining the fans.