There are few players I can remember in my years of watching Torquay United that I felt could drag a team through to a result sometimes on their own it seemed. I want to talk about 1 of those people today. The Ivybridge Iniesta, Luke Young.

Like many players who have graced the pitch at Plainmoor, Youngy is a polarising figure. Some love him and see him as one of our few quality players in our Hargreaves-Cox-Nicholson-Owers years. Others see him as an injury prone player who we carried for 4 years. I am firmly in the first camp. There’s a reason he won Player of the Year 3 times.

Luke joined us from local neighbours Plymouth Argyle where he made around 100 appearances after progressing through their youth system. His first Argyle goal actually coming against Torquay. At the time the signing seemed like a real coup for us having slipped back into the Conference the previous season.

I can’t write about Young without talking about *that* goal against Wrexham. The first touch to scoop it up away from the onrushing defender and then the right footed thunderbastard of a volley post and in. There’s almost a second of silence as it goes in as Plainmoor struggles to comprehend what they’ve just seen. Hands down for me the best goal I’ve seen on that pitch.

I wasn’t around much for the 14/15 season as I was still playing football myself, so most of my memoires of Youngy are of in the glory years of our successive relegation battles. Injury blighted most of Luke’s 15/16 season as he picked up an ACL injury in pre-season training which would keep him out until the final weeks.

One of the biggest moments that stand out for me when remembering his time with us is the goal against Altrincham. His first goal since returning from that horrendous injury, he was carrying a bit more weight than previously but he was still a quality player, he hadn’t lost that knack of finding the right pass at the right time. The minute you saw the ball rolling towards him 20 yards out you just knew it was going in (30 seconds on the video below). Arrowed into the bottom left corner, the keeper didn’t stand a chance.

The way he would move the ball around the pitch was majestic, he could land a ball on a 5 pence piece such was his accuracy. He was a driving force in a team that often stalled, when others around him were starting to drop off he would be rallying the troops. A true leader and fully deserving of the captain’s armband when he had it, I personally think it was criminal to drop him of captaincy and give it to Josh Gowling when he arrived.

To be a consistent performer in a team with a revolving door such as us with constant new faces, new players with new styles and strengths and weaknesses is a credit to him. The one thing I was always taught playing football growing up was to not let your level drop, no matter who you’re playing against or playing with. Luke is testament to that, he has played with some very good players, Angus McDonald, Nathan Smith, Dan Butler. He has also played with some not so good players – Toby Ajala, Andre Wright and so on. His level didn’t drop, he was still consistently the best player in that team.

I’m of the belief that if Luke Young had not got the injuries he had, then he would be in the Football League. Once we’re back, I’d have him back in a heartbeat. 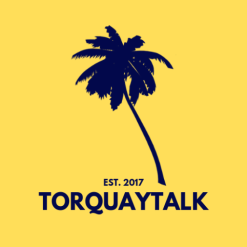 Proud Away Sponsor of Kyle Camero

One thought on “Gullactico – Luke Young by Ryan Etches”