“If Redshaw carries on the form he has shown so far, he could fire Town into the play-offs”

Hi Tom, so since we last played Halifax, they have dropped down the league (much like us!), what’s the main reasons for this?

Absences didn’t help. There weren’t lots but they were to key players, such as skipper Matty Brown and fellow centre back Nathan Clarke, meaning there had to be something of a reshuffle which unsettled and unbalanced the whole team. I think the side lost some of it’s early confidence and eventually something needed to change, which the manager did when he instigated a 3-5-2 system after the horrendous 5-1 Boxing Day defeat at Stockport, and since then they have taken five points from a possible nine.

How seriously do you think Town will take the FA Trophy?

I think they’ll treat it as another league game. They don’t really have the squad to make wholesale changes anyway, but I don’t think the manager would do that. He’s said before that he is taking the competition seriously and wants to have a good run in it.

How’s recent form been for Halifax?

Better. The win over Chesterfield on December 28 was crucial in getting things back on track after the 5-1 defeat at Stockport on Boxing Day, and that has been followed by decent draws against Stockport and Barnet. The third centre back has given Town more solidity at the back, and the two strikers means they have more players in attacking positions too.

Jack Redshaw has scored four in his first seven games since joining as a free agent late last year. He is only small but has excellent balance, movement and close control. He has given Town another dimension in attack. Cameron King is a creative player and someone who can produce that bit of guile or defence-splitting pass when he is fit, but he has had fitness problems this season. He and Redshaw in the same side are a real threat.

Any new recruits since we last met a couple of months ago?

Redshaw is the main one. He is back after a long spell on the sidelines through injury. Town took a bit of a chance on him and have been rewarded, and have now rewarded Redshaw with a contract extension to the end of the season. If he carries on the form he has shown so far, he could fire Town into the play-offs. Hopefully.

Who’s the manager and how does he like to set the team up?

Pete Wild. He was twice caretaker manager of his boyhood club Oldham last season, which included a famous FA Cup third round win at Fulham. He took charge just over a week before the start of the season with a half-assembled squad and has worked wonders since. Yes there was a big dip in form, but Town are still higher than anyone could have anticipated at this stage of the campaign. The team lined up in a 4-2-3-1 system for the first half of the season until that Boxing Day loss at Stockport, which prompted a change in approach to 3-5-2, which has worked well so far. Whether it’s the long-term answer remains to be seen.

Will the Shaymen bring many down to Plainmoor and what are their favourite chants?

I wouldn’t expect so no. There is a group called Shaymen Down South who will probably attend the game but I would expect around 80-100 overall. As for chants, I would expect to hear “I O Shaymen, Shaymen I O”, “Shaymen til I die”, or maybe the Tommy Deignan song which I suppose is the unofficial club anthem.

Can the team still challenge for promotion and where do you think they need to strengthen (if allowed)?

I think they can yeah. I think it helps that the league is so competitive and that teams are all beating each other, but I’ve seen enough from them over the first half of the season to suggest they can be there or thereabouts. Certainly the addition of Redshaw has given the attack some much-needed goals, so if he can stay fit, they’ve got a good chance of a top-seven finish.

Which opposition teams/players have impressed you most this season?

I was impressed by Yeovil. They beat Town home and away, winning 2-0 both times. They had 10 men for most of the game (sounds familiar! – Dom) at Huish Park but still looked a classy side with pace, strength and hard work. I also thought Notts County were strong, especially going forward, and probably have the money to add to their squad this month. I’ve been very impressed with Barrow, who I didn’t expect to be up there at this stage. Halifax won at Barrow before they went on their brilliant run of form, but fair play to them, they deserve to be where they are at the moment.

As for players, Kyle Wootton, who is a previous Halifax loanee, played well in both games against Town this season. I also think Harrogate have some good players, and was impressed by their right back Ryan Fallowfield earlier this season. I could see him playing higher up the football pyramid sooner or later.

Hopefully this is a good time for Town to play Torquay. Town haven’t won away from home since October so I’m not going to go all out and predict a Halifax win, but I reckon they can take Torquay to a replay and finish the job back at The Shay. 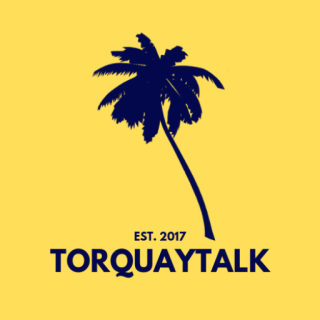