“A huge month awaits for us in October, with Torquay probably being the toughest opponents“ 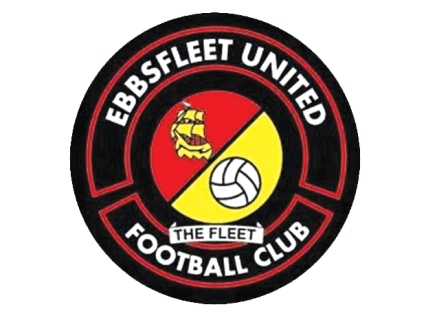 Hi Nathan, before we push on tell us a bit about yourself and your support for Ebbsfleet United?

Hello, I’ve been a Ebbsfleet United supporter since I was about 5 years old. Majority of my family support the Fleet. One of my first memories of course being the FA Trophy win against Torquay at Wembley. I also have a YouTube channel with a number of vlogs dedicated to Ebbsfleet – https://www.youtube.com/channel/UCFBfHh28j8HvL26FGH4Vsfg

You’ve had a poor start to the season, what’s been the main reasons for this?

It’s certainly not been a great start to the season but we could see this coming. Being bottom of the league, only 2 wins in 15 games and only 1 clean sheet. Though, as I say Fleet fans could see a poor start happening but not this bad. With only 3-4 players staying at the club from last season due to a restructure occurring at the club, as the problems nearly lead to the club going under. Though we didn’t initially see the effects of that restructure on the pitch, nearly getting into the play-offs last year – we are certainly seeing the impact of it this year.

How’s your most recent form been heading into Tuesday’s game?

We’ve certainly had a mix bag with occasional results showing some promise and then just down right catastrophes. With good points away at Dover, Woking and a 3-0 drubbing of Barnet. These results are all forgotten when we get smashed by sides like Barrow 3-0 at home. The most recent results being losses to Wrexham and Harrogate, meaning we can’t build on that shock win over the Bees.

Which key players should we look out for and why?

I’d say our key players are the only players that have played consistently over the season. One of these being Myles Weston, one of the survivors from last season. He has been a shining light, playing a variety of roles for the Fleet as a full back, winger or a number 10. Weston scored a last minute equaliser against the then league leaders Woking. Another key man is Jordan Holmes, an Aussie keeper signed from Bournemouth and replacing Nathan Ashmore, well-known around the non league community. The keeper has saved two penalties and made a variety of other goal-defying stops in recent games. And finally striker Alex Reid with 3 goals from 7 games in a struggling side, having played for Fylde in the play-off final at Wembley. He has a little bit of extra attacking quality probably not seen elsewhere in the side.

Who is the gaffer and what sort of tactics does he like to employ?

Gary Hill is our gaffer. Coming up to a year in a charge of the Fleet and well-known for spells at Woking and Dagenham. He plays quite a direct style with quite a tall team this year – the majority of the lads being over 6ft in our side. So a certain reliance on set pieces.

What’s Stonebridge Road like for those who haven’t visited before?

Stonebridge Road is an okay ground for Conference level. Capacity just under 5000. I would assume it’s un-segregated so there shouldn’t be a risk of Gulls fans getting wet in the away stand. A large main stand is a good seating area to enjoy a Conference game, being built a few years ago. However, there’s still a variety of standing areas in the ground if you’d prefer.

What’s the atmosphere like at home games and what crowds do you get?

Atmosphere is okay for where we are in the league. Usually the noise coming from the Plough End with a drum. But, with only one win at home since March we haven’t had much to shout about. Crowds just above 1000.

Where’s best for the Yellow Army to grab pre-match food and drinks?

There a few pubs in Northfleet and Swanscombe around the ground.

You were well-known for being a fans owned club at one stage, who owns the club now and are they ambitious for the future?

The owner is Dr Ali Abduallah from Kuwait. Saving the club in 2013/14, after the fan owned ideology which collapsed leading the club to nearly going under. There were large investments into the club to get us promoted into the Conference, and also large capital going into the club when we got in the National League. As I have mentioned the club is being restructured to reduce wages and last year 10 months of the 12 players were paid late. This hasn’t been a recurring problem this season fortunately.

How do you think Fleet will do for the rest of the season?

It would be naive of me to say that I’m not worried about relegation into the National League South, which does seem likely at the moment. But, I would like to think we can stay up and maybe have a cup run in the Trophy or FA Cup. A huge month awaits for us in October, with Torquay probably being the toughest opponents.

And finally, give us a match prediction for Tuesday night?

I’ll probably go for a 2-1 win for Torquay. With our defence leaking as many goals as we have this season. I can’t see our defensive unit dealing with Jamie Reid, who looks like a player on his way to the Football League, bit like Macaulay Bonne of Leyton Orient last year. I think our attackers might cause some problems but not enough to get a result.