The opposition interview series reaches number 11, as Phil Tooley steps up to answer our questions on Chesterfield FC:

Hi Phil before we discuss the team, tell us about yourself and how long have you followed the Spireites?

I’ve been supporting Chesterfield for 50 years and been a regular home attendee for around 46 of those, whilst I became an away regular in 1976. I’ve been a volunteer in one way or another for 40 years, including a spell on the board of the club when it was owned by the supporters.

What were your expectations heading into 19-20?

To be honest, after a decent second half of last season, I expected the team to be challenging at the top, but at the moment, that seems a rather hollow pipe dream.

It’s been a poor start for Chesterfield, what’s been going wrong so far and are you confident things will turn around soon?

The squad is imbalanced with no specialist right-back, little pace on the flanks and there seems to be no obvious central midfield partnerships. Shipping goals has been the main problem, with two or more conceded in eight of the ten games to date; playing three or four at the back doesn’t seem to make too much difference. Lack of pace at the back is another issue. It now looks as though the only way to turn things round is with some major surgery to the squad.

There’s plenty of options up front. Mike Fondop has been scoring regularly since joining from Wrexham and Scott Boden will always score at this level. Big Tom Denton hasn’t played yet due to injury and he’s been missed, but those three key attacking players need their colleagues further down the pitch to step up and do their jobs a little better.

Have you still got the right man for the job and what tactics does he like to employ?

Chopping and changing managers has been part of the problem over the last few years, so another change would not be guaranteed to turn things around. John Sheridan is experienced at League level but clearly has a lot to learn about the National League. His summer recruitment lacked balance, but he’s just as likely to turn things round as anyone else. He likes to play flowing football, but the quality is not there in the squad for that to happen and be successful at the present time. He’s tinkered with the team too much and not yet found the right mix, which probably says he’s got too many players that are not right for this task. 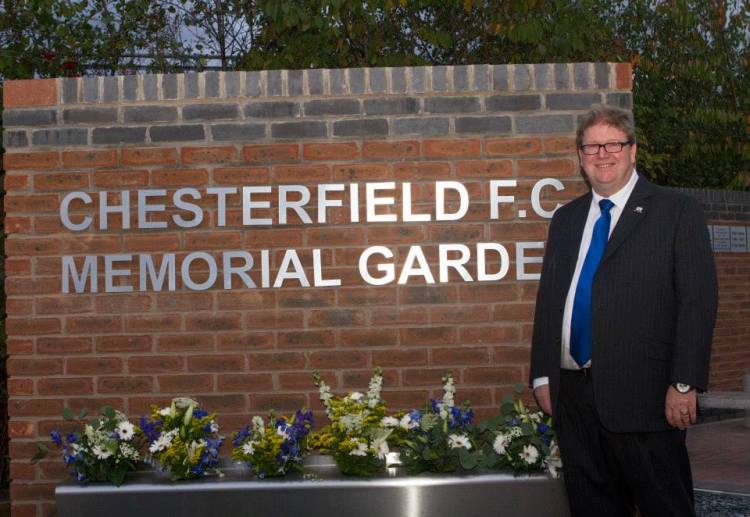 Who owns the club and what are their plans for the future of Chesterfield fc?

Dave Allen is the club’s owner, he stepped down from the board a couple of years ago, but still pulls the purse strings. He continues to fund the club, but losses are regular and the debt to him is far too high and is getting unsustainable. If the right offer for the club came along, I’m sure he’d sell, but he has rebuffed a number of approaches over the last few years.

What’s the Proact Stadium like and how have your attendances been holding up?

Following several poor seasons, the attendances at The Proact have held up well, until this season. The last three home matches have featured the fewest three numbers of home fans for any League format matches since the club moved there in 2010 and that’s likely to continue for the Torquay game. The stadium is superb, easily the best in the National League, with great sight lines from every seat, but at the moment there are a lot more empty ones amongst the 10,000 than full ones.

Where’s best for the Yellow Army to find pre-match food and drinks?

There’s plenty of places in the vicinity of the ground and there’s a café in the East Stand that welcomes away fans. Belgian Beer and Real Ale fans will love the Beer Parlour whilst the Derby Tup and Glass Works also serve excellent ale. There’s a KFC, Costa Coffee and plenty of chip shops nearby, so no-one has any excuse to be dry or hungry.

How do you think Torquay will do this season and how would you rate the standard of the National League?

Having a great manager in Gary Johnson and a season of winning plenty of football matches, I expect a more than decent season from the Gulls, top ten for sure. As a pal of assistant boss Aaron Downes, I hope the team does well! The National League is very different to the EFL, with substantially more spoiling tactics employed by many teams and the players needed to succeed are not necessarily to be found in the EFL.

And finally, two proper ex-league teams face each other – what is your score prediction for Saturday?

Whilst a home win seems a long shot, we do have a good home record against Torquay, so I’ll be bold and say it’ll be a 3-2 home win!

Episode 9 is now live! We're a trio again this week as @RyanEtches joins us. We discuss the Woking and Harrogate games, we talk about our start to the season and a few other bits. Please give it a listen below! #tufc #coyyhttps://t.co/wcdSWZiRyr