The Ed counts down 5 of his favourite Gary Johnson TUFC victories so far..

One year of Gary Johnson at Plainmoor. It’s been an absolute pleasure, the way he’s turned our fortunes round and pushed us out of the doldrums…well you know the story. But I know what you’re asking – what are his best wins as United manager so far? Here’s my five of the best GJ inspired 90 minutes victories in date order, you may have other ideas and understandably so (there’s been so many after all):

Gary’s second game at the United helm, a Cup-tie away at a bobbly pitch in Lymington on the Red Button – would the Gulls stand up to the challenge under the new manager? Not only did they stand up to it, but the TUFC team appeared immediately transformed. Knocking goals in from all angles and giving the soggy travelling Yellow Army enough cheer to believe we really were turning a corner. We had, and it was just a start. The FA Cup run didn’t last quite as long as we hoped, but boy it was fun. Here’s to more Cup crackers this season.

Hampton and Richmond had enjoyed a nice day out at Plainmoor in August, winning 2-0 as the boos and chants of Owers Out rang around the old ground. By December TUFC were a completely different outfit and early on GJ’s signing Kalvin Kalala slotted home to give United the lead. Later on the Frenchman made no mistake for a second and Saikou Janneh rounded off the game nicely with a third. This was a Gary Johnson team set to attack at all times, with the pace and movement to punish the opposition. The Yellow Army were there in numbers enjoying every moment (as they would be at most away games), as United headed into the Xmas fixtures with the momentum of a team ready to push for the league title.

United had finally lost their first league game under GJ the previous week, a tepid away performance at Bath City. As you would expect there was no panic from the experienced manager, who rounded up his troops to march again and stood by the Twerton Park penalty villain Jake Andrews. In dreadful weather conditions the Gulls sparkled. Andrews rewarded the boss’s loyalty with a magical goal-scoring performance – whilst the ever-dangerous strike duo of Janneh and Reidy ran rings around the City defence. 7 (Seven) scored again by the men in Yellow and another special afternoon for the Yellow Army.

For me, this was the afternoon that confirmed we were ready to be champions. Down to 10 men early (Jean Niate the man correctly sent off) to a decent Dartford team, United did not panic and prompted positively by GJ, continued to push forward where possible and go for the throat of their opponents. The main man Reidy fired through a number of players to send the Yellows one nil up and then doubled his tally in the 2nd half with a poachers finish. With the wind blowing hard and the conditions difficult, TUFC had refused to buckle under pressure and inched deservedly closer to that NLS trophy.

By the time April came around, Woking had stuttered and Gary Johnson’s team were close to wrapping up promotion. Cue a wonderful night at Plainmoor in a rearranged fixture with Chelmsford. With Ruairi Keating playing his best game in a United shirt, the GJ rejuvenated Reidy scoring his 30th of the season and CLE waltzing past the Chelmsford defence, it was a scintillating night in the bay. A big crowd and sizzling atmosphere, GJ fist pumping jubilantly in front of the Pop (that will never grow old) and the championship within our grasp…superb! Gary had turned our frowns upside down and made us believe in our club again. What a man, happy anniversary gaffer. 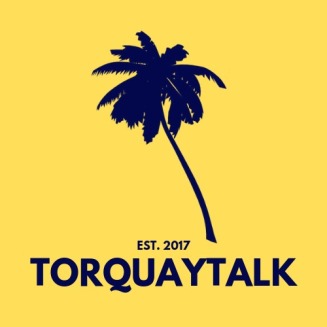