Hi there Mark, thanks for speaking to TT – before we talk about the team tell us a bit about yourself and how long have you followed Oxford City?

Been following Oxford City since 2007. My dad supported City as youngster in the 60’s-80’s, my Grandad also grew up as a Oxford City fan. I help run the social media page for the club and I also have my own fan site http://www.headingtonhoop.com.

What are your expectations and hopes for the team this season?

With the off field finances still coming down staying up again on a low budget would be an achievement. We have bought in some good players and kept hold of the spine of the team. A good FA Cup again and a mid table finish are good possibilities.

How has your start to the season been and are you confident going into the TUFC game?

We have played three games and only gained a point thus far. Our performances have deserved so much more a tight opening game against Eastbourne we could have snatched but finished 0-0.

We lost narrowly at Gloucester mid-week but that was also a tight game where we had some good openings. Saturday we lost 3-2 at Woking and for the most part controlled the game, a suspect penalty and some poor referring decisions cost us as Woking snatched it late on we finished with 9 men.

I am confident though because we have played some good football at times and you see the floodlights against bigger clubs down the years we have won with people not expecting much. 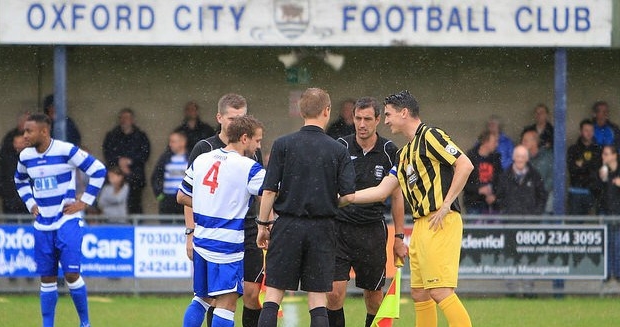 Which City players should we be looking out for this Tuesday and why?

Matt Paterson scored 23 league goals last year and scored a few in our run to the FA Cup 2nd Round against Notts County where we fell to a late 3-2 defeat. Rob Sinclair our little magician has been playing slightly deeper this pre-season but when higher up hard to get the ball of him and can play a killer pass out of nowhere. Released from Forest Green and had offers higher up is happy with the club. Regarded by many as one of the best players at Step 2.

Yes we have Mark Jones who will be coming up to his 2 years in charge by Christmas. Director of football Justin Merritt gave the reigns to Jonah in December 2016 and guiding City to safety for 2 seasons and a historic FA Cup run. We play attacking passing football which is easy on the eye.

What are the owners like and do they have ambitions to take the club higher up the ladder?

We currently are owned by our two directors who each have a stake in the club. They want to clear the remaining debt and push the club on eventually. We have fantastic facilities onsite which are used by many in local community and further afield.

What’s the relationship like between Oxford City and Oxford United, and do many people support both teams?

There is no real rivalry between the two teams. Oxford City were the bigger team in the City, but Oxford United at the time ‘Headington United’ decided to go full-time and then moved up the pyramid. City decide to stay part-time and have remained Non League. Some Oxford United fans come and visit when United are away or without a game.

Tell us about Marsh Lane, what’s the ground like, what attendances do you get and how’s the atmosphere at games?

It’s not a massive ground and for some Torquay fans may come as a shock after what you have visited down the years. It’s a tidy ground and has 4 sides which is a start. Our average gate is around 350. The atmosphere at games isn’t too bad with the Shed Enders making noise at the opposite end of the ground. Good banter and camaraderie between sets of fans down the years with Whitehawk being a good atmosphere.

The Yellow Army will be there in support of TUFC as usual, which pubs near the ground are the best options for pre-match refreshments?

Red Lion is a short walk from ground in Old Marston Village. If coming from the town centre, Old Tom in St Aldates is a nice pub with some good ales. In St Clements the Old Black Horse is a friendly pub where many home fans visit before and after matchday, so Torquay will be welcomed there.

And finally, what are your thoughts on TUFC entering the NLS and give us a match prediction?

It’s fantastic for the league. A great football league team at one stage dropping down to our level should boost crowds. A competitive league this season so won’t be easy for anyone in my opinion. A word of caution many teams have expected it to be easy in the past but never the case. Be ready for scraps and playing for every minute in every game. As for the game on Tuesday I reckon 2-1 to Oxford City where a first win of the season is beckoning with a bit of luck! 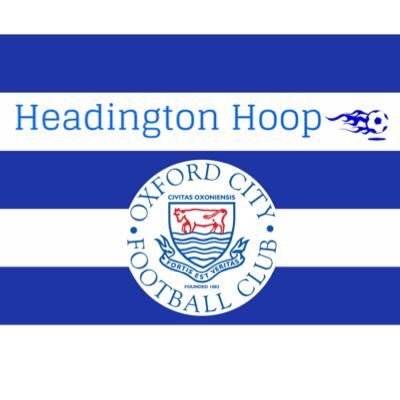 Many thanks Mark – I’ll say a scrappy 2-1 win to United! Good luck for the rest of the season – Dom