So a month later than originally planned and on a Tuesday night we were all set to go to Torquay, again! The night before involved getting the bag ready so we had all the necessary supplies, food, drink, chargers, camera and programmes to read on the way down!

Having risen at 8am, a local radio station wanted to speak to me about the day we had ahead. Pulse Radio’s Jim Coulson was friendly on the phone but accused me of being mad taking two days of work to watch an already relegated Guiseley side play at Torquay!

I am sure Torquay fans have experienced this many times before though, you go to support the club no matter what the circumstances are. After a short chat it was all systems go to make sure everything was prepped ahead of the long day and a half ahead!

Me and dad left the house at around 10:30am to get a taxi to the ground, I didn’t fancy the short drive home at 5am. Luckily the coach was there early so we hopped on and discussed the day ahead and Saturday’s game with the other early arrivals.

About an hour later we were on our way with a couple of pick-ups on route it was full steam ahead to ensure we arrived on time. For our last visit we hit some nasty traffic just as we approached Torquay which took us over an hour to get through, luckily there was none of that this time round!

We did have a short stop in Strensham services, even though we had both had our lunch me and Dad fancied a McFlurry, it seems the norm to get one following Guiseley these days, normally on the way back from games though!

After everyone had perused the shops and we had changed drivers off we went again, the journey down was fairly non-eventful to be honest, some of the lads played cards at the back and risked having no spending money for the game!

After a loo stop at Taunton we hit the road again and arrived into Torquay at around 6:15pm, a lot earlier than we initially thought but we managed to leave 35 minutes ahead of schedule and avoided any incidents on the way.

A few headed off into the clubhouse and other local conveniences but we didn’t fancy that and went off to the ticket office.

Two tickets were purchased for the away end and we awaited the opening of the turnstiles at a lovely Plainmoor ground. 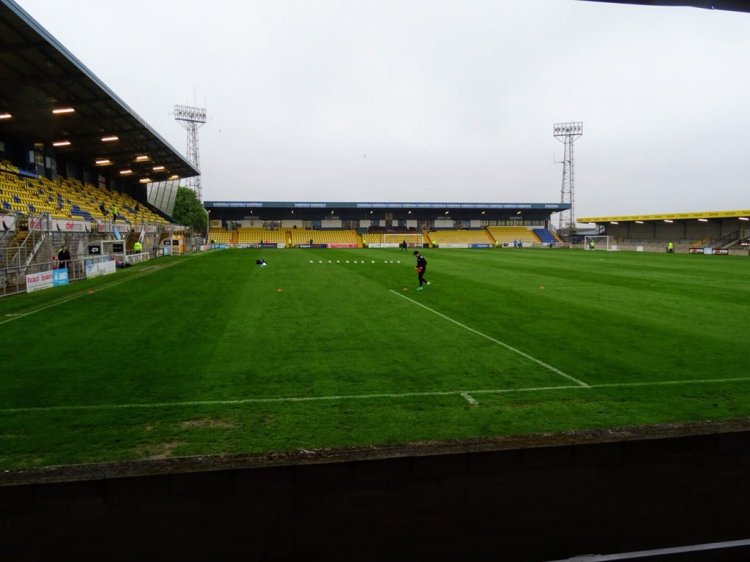 On our way to the turnstiles the Guiseley players had just set foot off of the coach and seemed grateful of our support, little were we to know what was going to happen later!

It is always the highlight for me when we visit Torquay for our weekender, I love the ground and it will be a real shame should the Gulls leave that home behind for somewhere new under your current owners’ plans.

As we were waiting to gain entry a friendly Torquay fan stopped for a chat and noted how him and other Yellows fans were always made welcome at away games but particularly at the northern clubs.

Torquay always bring a healthy travelling support with them no matter what is happening on and off the field, that should be well respected by the club because it won’t happen at many others.

He spoke about how he loved his annual trips to Guiseley and how much he will miss that next year, we shared his thoughts about how much we will miss coming down to Torquay and other clubs in The Vanarama National League.

The game itself, well who saw that coming! I thought both sides put in a really good show and it could have been 6-7, the drama and quality of goals scored was simply excellent.

At the final whistle every single player and member of staff come over to shake hands with the travelling Lions faithful and give everyone a shirt from this campaign, various named shirts were handed out and it was a really nice gesture by the club. It has been a testing season for us and this night will stay with the 20 travellers for a long time. 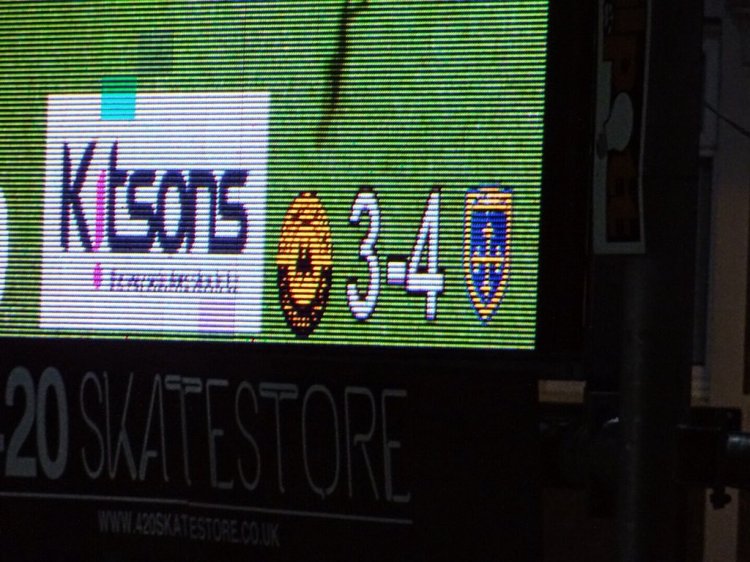 The long journey awaited us and it must be noted how pleasant the Torquay fans were as we were boarding the bus home, I think we have developed a good relationships over the past three years as we have unfortunately been in similar positions.

When we pulled into Birmingham services by chance the players also stopped there just after us, every single one of them had a big smile on their face which has been a rare sight this season!

After a short chat with them it was time to resume the journey home, it was safe to say the bus sunk into quietness for the dark hours!

With transport at these early hours extremely limited many supporters had organised to be dropped off close to their house and we rolled back into Guiseley at around 5am, just before it started getting light again!

Pulse Radio had also asked to record a call at 5:30am which I just about managed to stay up for, it was great to see us get some coverage in our local area and recognise the effort supporters had made to make this game.

As standard when coming back from an away game sleeping straight away for some reason is not an option but I eventually settled in with a rare three points on our travels!

I think we will all miss out trips to Torquay, it is one of the highlights of the National League for us. Going to the big stadiums and good atmospheres will not happen as often either, hopefully though we can both make a big attempt at bouncing straight back.

All the best for next season!