A cracking strike and a calmly converted penalty proved enough for Torquay in a game that lacked quality. As is the norm, United made it difficult for themselves and never looked defensively convincing but Woking’s failure to convert chances and lack of composure made sure the Gulls came away with all three points.

It was Brett Williams who opened the scoring from 12 yards, after the ball struck a Woking hand in the box. In the 68th minute, Connor Lemonheigh-Evans’ screamer restored Torquay’s lead after Reece Grego-Cox capitalised on some poor defending and positioning from Balatoni and Dorel.

It was a game that appeared lucky to go ahead. The pitch was clearly damp – as could be seen in the ball’s inconsistent bounce – and the quality of the game suffered as a result. That said, respect has to go Chris Ralph and co. for making the match playable at all.

The game – which could have been finished off in injury time by Elliot Romain who could only produce a limp finish when through on goal – ensures the escape dream stays alive while Woking are dragged back into the relegation battle.

Man of the Match: Josh Gowling

I completely understand the objections people have to Josh Gowling. He’s not quick and his fitness is certainly a frustration, but clearly if he was at the heart of our defence all season we’d be nowhere near the trouble we’re currently in.

Today he used his aerial presence and experience to tie together an otherwise clumsy back five and limit Woking just three notable chances.

He didn’t have his best game on the ball, but I wouldn’t be writing this verdict with any hope at all if it wasn’t for Luke Young’s double goal-line clearance in the dying minutes of the game. The Ivybridge boy worked hard today in an exposed midfield, and this exhibition of defensive grit proved crucial in securing the victory.

Tactics were unchanged from Good Friday’s outing at fellow-strugglers Chester.
Owers’ decision to replace Williams with Reid after an hour was met with Popside derision but it seemed fair enough to freshen up the front line, and the replacement worked hard where legs were weary elsewhere. 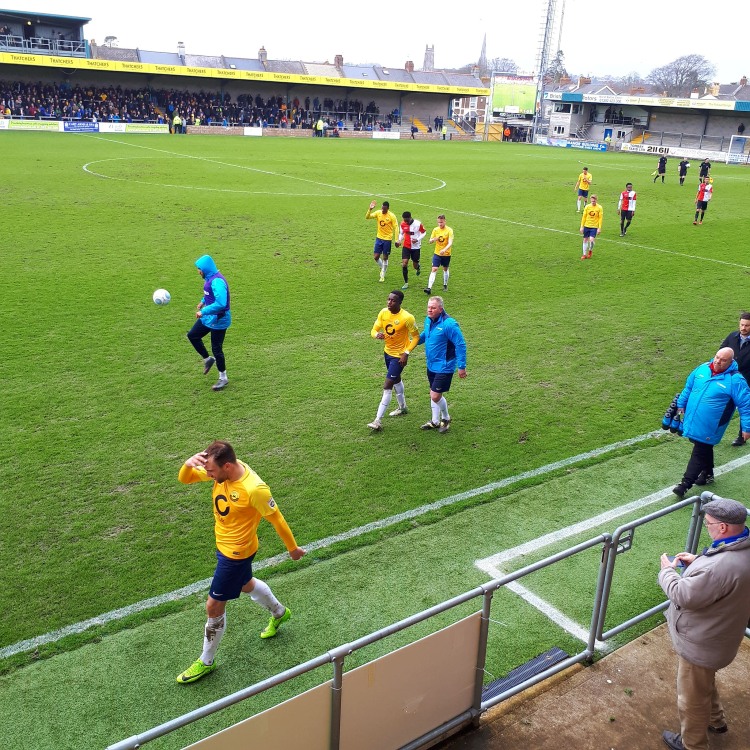 This was a different Woking team to the one that trounced Torquay on a sunny August afternoon earlier this season. Coming into the game without a win in eight, their confidence shortage was particularly evident in a lacklustre first half display.

Their goal came from a long ball over Conrad Balatoni’s head, who seemed to react at geological speed. Grego-Cox brought the ball down nicely and slotted past an out-of-position Dorel.

Woking’s best chance came from a blocked Balatoni clearance which sent the Cards’ forward through on goal, but his attempt was far from clinical. Seconds after Lemonheigh-Evans thunderbolt, Woking had the ball in United’s box where Dorel and a number of yellow defenders got in the way of a peppering of shots.

The word I’d use to describe Adrian Quelch’s performance today is finickity. An avalanche of yellow cards and an insistence on set pieces being taken from exactly where they were given added to frustration at what was already an unattractive game.
That said, the decision to book Sean McGinty for a two-footed (albeit ball-poking) lunge looked right to me, as did the award of the penalty.

There can be no doubt that today’s key moment came in the shape of a 22-yard piledriver from Bristol City loanee Connor Lemonheigh-Evans. Often, when Plainmoor bellows “shoooooot” I’d much rather the player got the ball down and picked a pass. This was no exception, which is why I was so delighted and stunned when I saw the Woking net ripple as C L-E’s strike flew into the top corner.

We need to talk about Sean McGinty.

I have been a critic of McGinty for a while, sometimes unfairly comparing him to Angus MacDonald, or how I’d expect a former Man United youth captain to perform in this embarrassingly poor league. However, what I saw today was not only a poor display for someone of his supposed potential, it was sloppiness and aerial ineptitude that any professional footballer would be disappointed by.

Not only did our captain fail to win almost every header against (generally) shorter opponents, I also remember only one occasion where he had the ball at his feet and found a teammate, to the extent that members of the Popside were shouting “hoof” every time the ball left his boot. Meanwhile, had his early lunge caught the Woking man in possession, he could have had no complaints if he was given his marching orders.

It must be said that Balatoni played no better and was at fault for the goal – hence the lower rating – but his unfathomable lack of acceleration is well-documented and well-accepted among Yellow followers.

I found it difficult to get the tone right here. It was a poor game between two poor sides. It’s three needed points, but it’s hard to be too optimistic at this stage. It’s a huge improvement on that abysmal performance and result at their place, but I still have no confidence in our players or our manager and I find it very hard to be jubilant.

That said, the team did everything they needed to do today, and the Gulls remain just about in contention for survival.
6 to go… 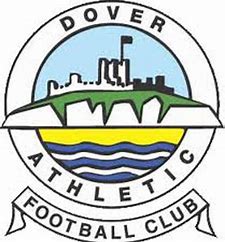