One more nail in an already shut coffin. At one stage it looked liked United could hold on to a valuable 3 points. Sutton got a lead through some atrocious defending; the mix up saw Byron Harrison with only Durrell to beat… 0-1.

Shortly after the yellows were back in the game after what looked like an offside goal. Confusion with the officials saw a delay before they decided the goal would stand… 1-1.

The rest of the second half was fairly even with some ok chances for both sides. On the 45th minute Torquay had a corner brilliantly turned in by Brett Williams, queue a chorus of ‘Du du du du du du Bretty Williams!’… 2-1.

However holding onto a lead for another 3 minutes was clearly beyond Torquay as more sloppy defending saw ex Argyle captain Simon Walton head home for the equalizer with the last touch of the half…2-2.

Without using too many dramatic clichés, at half time I felt that the next 45 minutes would dictate the rest of our season. From the start, it was poor. Brett Williams switched off, Dowling disappeared, and Romain had no service. A very poor half. I say that about both teams, Sutton sitting second in the league really shows how poor the league is this year.

The fourth official showed 3 minutes of time added, and those three minutes basically ended our season. With a minute to go Aaron Barnes missed an absolute sitter. Sutton go to the other end, Liam Davis pulls down their man in the box, Jamie Collins converts the penalty right at the death…2-3. Game over. 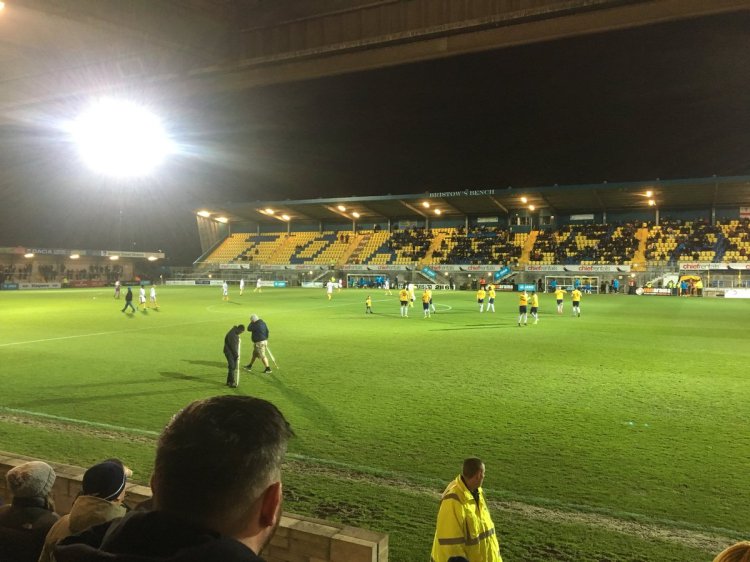 Man of The Match:

Luke was everywhere. Constantly trying to make chances, and I say the same most games now. I really felt for him, especially when Owers took Efete, off and put Barnes at the back, and pushed Luke into the holding role, almost accepting a win wasn’t going to come.

Elliot Romain worked so so hard again. If he had a bit more service he’d have scored. Apparently we’re still trying to buy him, offer him whatever he wants for next season.

The midfield was too deep, no support out wide, no service to the forwards. Poor tactics.

Sutton are a miracle, how a team can play so poorly, with no real quality can be second in a league, absolute miracle. They really played the ref and managed to get away with a lot. The only way I’d describe Sutton is that they are a poor man’s Bromley.

Seemed to get played a lot by the Sutton players. Although he’s been to Plainmoor before and has been poor before.

A lot to choose from, for me it was Barnes’ miss. If that goes in, we win 3-2, only 6 points adrift and have a real buzz after the game. Instead it went the other way.

I thought George was well off the pace. I’ve seen George as our best player in games but he also has games where he doesn’t turn up, I really don’t know if he has the attitude for a team trying to survive. He has so much ability but has a habit of getting lost.

There isn’t much to say. I really think that is that, all we can do now is start building for next season. And for me that has to be without Gary Owers. I’m bored of slating him. Enough is enough.

“Even by TUFC standards that was a gutting end to a game, and that’s saying something. Defensive shambles again without Gowling to hold their hands, and facing another team with more imagination and attacking intent than we can muster. Meanwhile Owers is blaming anybody apart from himself for our losses – whilst bemoaning ‘earache’ from supporters, what a load of rubbish. Take responsibility Gary”. Dom