Torquay United Ladies FC have been going from strength to strength since forming four years ago. They have won in the FA Cup on their Plainmoor debut and are enjoying a successful season in the South West Womens Premier League, including a 4-0 win over Keysham Athletic last Sunday.

Torquay Talk wanted to know more, so we asked Player-Manager Vicki Fannon to give us the low-down on the TULFC team:

Our cat in goal. She is a real shot stopper and loves a one-on-one, quite often the striker comes off worse! Beth has been at TULFC since it formed 4 years ago.

Our silent assassin and dark horse. Young, patient and eager to learn Amy is a right-sided player with bags of potential.

Can play either left or right back, this girl loves a pair of short shorts and can’t half deliver one heck of a cross. George aka ‘princess’ is new this season after joining from Yeovil Intermediate (last years league winners)
Twitter: @mann_georgia

Leader. Legend. This girl is full of speed, passion and dedication. Shepps is unlikely to get beat for pace, will always lead by example and is a role model. She also doubles up as team hairdresser.
Twitter: @alexsheppard21

Smith aka ‘Smudge’ – our leftie is an absolute machine. With pace to match, ‘Speedy Gonzales’ Smudge is renowned for her magic left wand.
Twitter: @SkSmith005

Utility player who can play anywhere you put her, even doubles up as a goalkeeper. Engine who lives in the Gym.
Twitter: @emmamingo

With quads of steel, you won’t find many players who will win a 50/50 with this one. Give her the ball at her feet and defenders run a mile. Daisy is in her second season with TULFC and also doubles up as the team physiotherapist.
Twitter: @iamdaisself

Our number 9 lives for TULFC. She is the joker of the group and the player most of us take the Micky out of, but she loves the attention – oh and a step over or two!
Twitter: @Danielle_Winn

Magic feet, can ping in a free kick from range. Hates a header though as it messes up her hair! Make sure you keep things simple with Rhi, she gets confused easily!
Twitter: @RhiBailey10

Best first touch you’ll see around, her vision is unbelievable and she loves a dramatic celebration. Steph scored 4 goals in her debut game in the FA cup and joined this season from Yeovil Development where she was captain.
Twitter: @StephanieBeck10 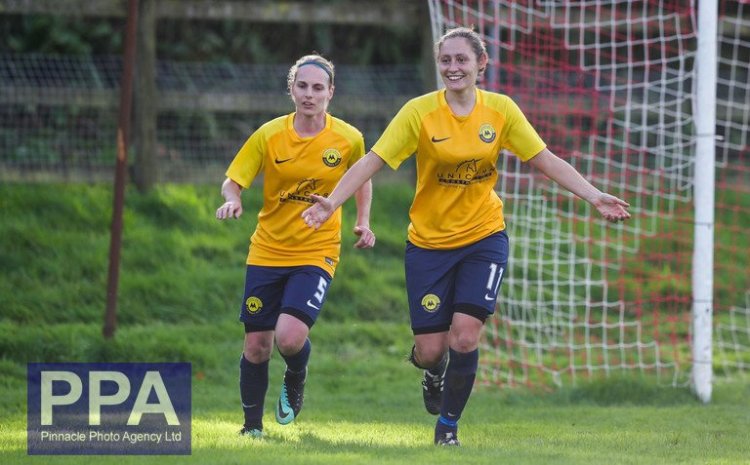 Aka the brick wall. Our centre half partner of Shepps, is scared of nothing and has no fear. If you’re in her way, move! Becca has settled incredibly well at TULFC and joined pre-season from Yeovil Intermediate where she won the league and conceded fewest goals.
Twitter: @beccawakley

Long serving player, dedication by the bucket load. This girl will do anything for her team mates and always goes above and beyond to develop herself. Adele has been at TULFC since the start and wears her heart on her sleeve.
Twitter: @adele_rogers

Our little international who has a heart of gold and pace to die for. Is renowned for beating her player and can play either left or right side of midfield.
Twitter: @Jana_Richardss

Oldie aka ‘the Mum’! As player manager I do a bit of everything, but most importantly looking after the girls is my favourite job.
Twitter: @VickiFannon

Old before her time and wise beyond her years. At the tender age of 22 Hannah is full of experience and led her team (as captain) to league success last season at Yeovil Intermediate.
Twitter: @HEglon_5

Aka Nay. Super fit athlete, runs a triathlon for fun, always has a smile on her face and has settled well at TULFC since joining from Yeovil Intermediate.
Twitter: @NayBing16

Siany is currently TULFCs top goal-scorer. An absolute all-round baller who doesn’t realise how good she really is. By all-rounder I mean speed, strength and skill. Has the perfect attitude and dedication
Twitter: @Chapman9S 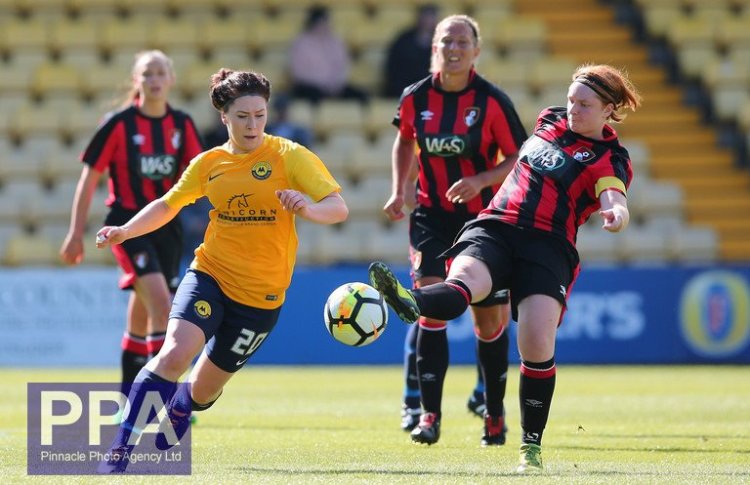 Aka – Dora the explorer. When she’s not busy playing with penguins in Antarctica (she’s in the navy), Jodie is a special leftie who can keep the ball glued to her feet. We are glad to have Jodie back this season!
Twitter: @JodieRandall

Co-manager along with Vic – he is the gentle giant of the team but also doubles up as a good security guard. He’s the big softie, but don’t upset him or his girls!
Twitter: @meatkendall

Loves a quote of the day. Consol (tanning salon) is his favourite place to be (after spending time with TULFC of course). Justin is learning a lot about women’s football, and in turn we are learning an awful lot from him!
Twitter: @GrinsillJustin

Aka our team Mum, kit lady, incredible cook, and general all-round diamond. Without this wonderful lady, the TULFC ladies wouldn’t look so pretty. A vital and important member of the squad.