Ask anybody to discuss Monday’s draw and two of the first words will be ‘time wasting’ and probably also involve some choice expletives. In the 1st half we got a preview of what was to come, but in the 2nd Eastleigh went to town, seemingly being injured in every 50-50 and needing urgent attention from the bobble hatted physio. The referee found it too much to control and those ugly stoppages helped take the sting out of the game, as Lee Bradbury hoped. It was up to us to rise above it, and still find a win. We almost did it…but almost games won’t get us in the play-offs this season.

Two games in four days has been a big challenge for the Gulls this season and for good reason. The short timespan between fixtures often requires some squad rotation to do the business, and when you look at our squad numbers there’s very little rotation that can be done. We’ve leaned heavily on CLE, Stephen Duke-McKenna (another vibrant game from him) and Armani Little recently, but you sometimes need squad players to come to the party, especially on a frustrating afternoon against a horrible Eastleigh team. Keelan O’Connell and Klaidi Lolos both had chances to put us 1-0 up, but unfortunately both failed their audition. No game changers on the bench for Gary Johnson, and that’s rather annoying isn’t it.

We missed Tom Lapslie badly at Plainmoor. The little terrier helps set the tone for United, tearing into tackles and winning the ball back in dangerous areas, whilst also getting the crowd riled up. Without him the midfield lacked an energy and spark to push us over the line, and Armani Little especially missed his midfield mucker on a quiet afternoon for him. Gary Johnson will be hoping to find more legs for his midfield next season, with so many games you can never have enough strength in depth in that area.

NOTHING DOWN THE FLANKS

Dan Martin and Keelan O’Connell were chosen as wing backs for the game, and both struggled to make an impact, with too many sloppy passes and touches making it a long afternoon. O’Connell just looked too nervy in his desperation to impress, a player who’s had few chances, he always tries hard but the quality hasn’t been there. Martin doesn’t quite look the same player that shone game after game earlier in the season, we could do with him rekindling that sort of form by next weekend.

Well the distant sound you can hear is the fat lady warming up….but she’s not quite ready yet, and I hope we can keep her quiet for a little while longer. We go to Grimsby having to win next Saturday, otherwise Scunthorpe (a) awaits for 22-23. Our away form has been stuttering for most of the season, and losses to the likes of Bromley, Solihull and Boreham look crucial when you glance at the table. Grimsby are sensing a big chance to make the play-offs, but they are also very beatable if we bring our A game and if we take our chances. We’ll give it our all that’s for sure, this run has been a huge effort and we should be proud of that at least. 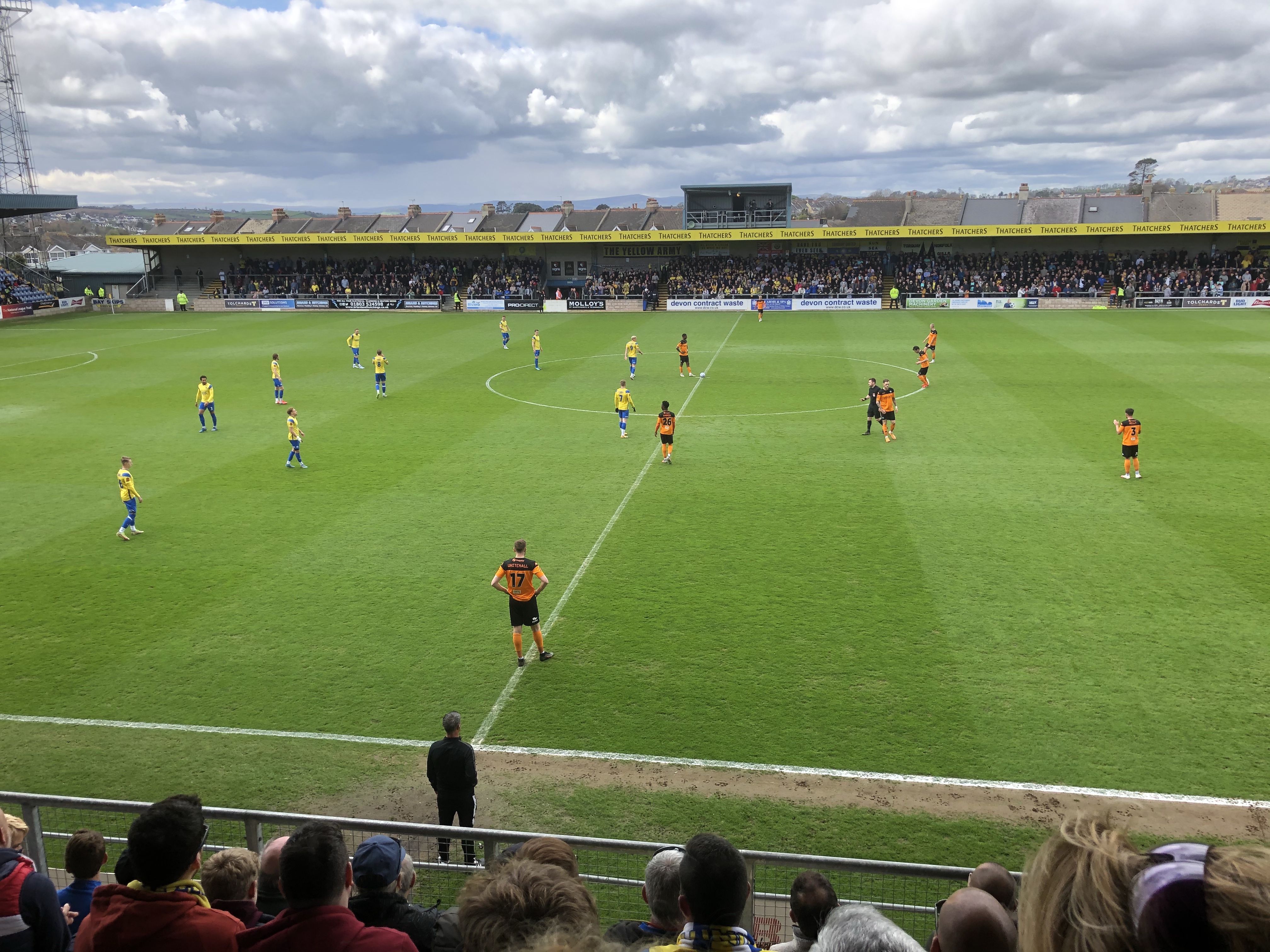 “We didn’t give them enough problems in both areas, our quality at certain times wasn’t there and there was no flow to our game. Of course, we’re not out of it yet, but we’re not going to get there playing like that” – GARY JOHNSON