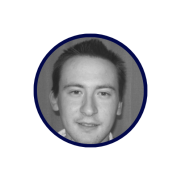 Terras boss David Oldfield made his name as a player with a number of clubs, including Luton Town (twice), Manchester City, Leicester City and Stoke City and was also capped by England at Under-21 level.

As a manager, he had two very brief spells as caretaker manager of Oxford United in 2004 and 2005 respectively. He later performed a similar role for Peterborough United. One of his two temporary spells in charge of the Posh actually came after the dismissal of Gary Johnson in 2011.

Coaching positions at West Bromwich Albion and Milton Keynes Dons then followed for Oldfield before he worked as assistant manager at Burton Albion under Jimmy Floyd Hasselbaink prior to his return to Peterborough in 2016.

In March 2020, he took charge of Oxford City in National League South – a position he held until his arrival at the Bob Lucas Stadium in January 2022.

The name of Josh McQuoid is a familiar one to Torquay United fans after his loan spell with the Gulls in the 2017-18 season from Luton Town, where he scored twice in 16 appearances.

McQuoid started out with AFC Bournemouth in 2006, and he had two stints with the Cherries across a career that would see him appear for Millwall, Luton Town and Aldershot Town. In addition to this, he also had loan spells with Burnley (under Eddie Howe), Peterborough United, Coventry City, Stevenage and the Gulls before he joined Weymouth. He was part of the Terras’ side who won promotion from the National League South last season. McQuoid also qualified to represent Northern Ireland through his grandfather, and he was capped five times by the province.

Second-half goals by Joe Lewis and sub-Sinclair Armstrong ended a run of three successive defeats and gave Torquay United a much-needed victory over Weymouth at the Bob Lucas Stadium.

Having failed to convert their first-half superiority with the wind into a goal, Gary Johnson’s Gulls carried the fight to the Terras after half-time, and only the woodwork and a series of brilliant saves by Weymouth goalie Ross Fitzsimmons stood between United and a much bigger score line.

Lewis headed home a left-wing corner by the tireless Armani Little in the 65th minute – it was a third goal of the season for Torquay’s outstanding Welsh centre-back.

Weymouth then hit back with a ‘sucker’ equaliser by Brandon Goodship just three minutes later.

However, Johnson had sent Armstrong as soon as Lewis had scored, and in the 70th minute he followed up Klaidi Lolos’ blocked shot – Little again supplied the cross – and buried the winner.