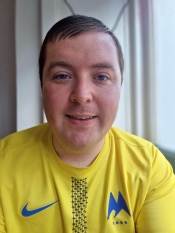 Two wins and three draws were the story of Torquay United’s February.  Thomas picks his top five players from the month.

One player destined to find his way into the Football League is Joe Lewis. It’s sometimes hard to remember the lad is only 22, but the former Swan has had a very positive February. An important goal at basement club Dover and consistent performances throughout see’s Joe deservedly take top spot for POTM. The Welshman also ended the month as the leagues joint highest scoring defender, some achievement! You feel it’s only a matter of time before a FL club comes knocking, although I sincerely hope he stays at TQ1. Excellent job Joe.

Shaun’s return to TUFC and performances he has put in between the sticks throughout the month continues to show how key of a player he is. Just four goals conceded from the Geordie throughout February, combined with a continuation of calming performances. Clean sheets against Wrexham and Boreham Wood further continues his dominance as Torquay no.1 keeper. We all know he was just as capable as our Brazilian from last season, and it’s great to see him return to the club. In my opinion, (sorry Cov I still love you), Mac is the better keeper. A key foundation to success is a competent GK and in Mac, TUFC certainly have that in abundance. If only we had kept him last summer…..

If I could describe Ben Wynter in one word, it would be “consistent”. More often than not, you know what to expect from he right-back. February was  another solid month for Wynts. A TT MOTM performance at Wealdstone, coupled with a goal in the same game has rekindled the form we saw from the former Palace youth product last season. His willingness to move forward and get at the opposition is refreshing and looking back, I don’t recall him having a bad game. Games against Wrexham and Boreham Wood resulted in the grand total of zero goals, and that’s a credit to Wynts, and the the whole back line, who did a great job in limiting their opponent’s chances. Like I said, Mr Consistent.

Two goals for the experienced midfielder-cum-defender in February against Wrexham & Dover, with the latter an absolute worldie that my previous match verdict didn’t do justice! Often having to play out of position in defence to cover injuries in the squad with the attitude of “I’ll play wherever the gaffer wants me to do”, what a man! Baring the Barnet game (going off the verdict), his performances have been generally decent and perhaps his experience was much missed for the disappointing Wealdstone draw. Of course, Asa is heading towards the tail end of his career and like Danny Wright, you expect some tactical TLC will be required to keep them as fresh as possible as we enter March. That said, a very good month for Asa overall and hopefully the captain can continue to contribute to the team.

The QPR loanee has certainly given the Yellow Army something to shout about in the last month. His performances so far have been pleasing for the most part, showing glimpses of skill and potential that the 21 year old has. Despite missing a great chance at home to Barnet in injury time, a composed finish away at Dover got his goal tally off the mark in a Yellow  shirt. His desire to drive forward in games you feel could become a very useful asset for us during the last quarter of the campaign. Not the finished article by any means, but a young lad with a great attitude and potential to boot. A very useful addition to the squad indeed.