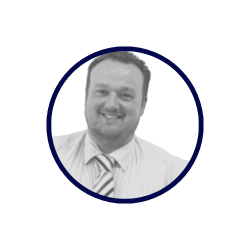 Well, that was a different Saturday to the one that I had planned. The day out on the train, the socialising, the beers, the food and the enjoyment were ruined by some Wrexham fans and a dodgy barrier at Wealdstone. So, after enjoying my son’s matches in the morning and a trip to a well-known supermarket in the afternoon, it was like (bad) old times and settle down in front of the live stream again. Context is everything in life, and whilst watching the live streams felt like a treat and helped me keep in touch with my club last year, it just felt a bit odd, considering I had been at Plainmoor four days earlier.

United started with two changes from Tuesday’s 0-0 draw with Boreham Wood. Dan Martin and Asa Hall sat out with knocks and were replaced by Chiori Johnson and the returning Armani Little. It also saw us return to 4-4-2, with Ben Wynter at centre back and Dean Moxey moving to left back.

Torquay dominated the first half, having the first majority of the possession and the territory, but it was the familiar story of lacking a cutting edge in the front third of the pitch. Several good crossing opportunities were either over or under hit, and Connor Lemonheigh-Evans (Lemmony-Evans annoyingly to the commentators the whole game) wasted the best chance when we managed to manoeuvre some space and he was in on the keeper. A poor touch on the edge of the box led to him being too close to the keeper and his shot was smothered by the on-rushing goalkeeper. At the other end, there was only one alarm, when a free kick flashed across the box and a stray foot poked the ball towards goal. Shaun MacDonald reacted quickly and pushed the ball away. At half time over a drink and some residual Christmas Twiglets (we won them), it felt like we should be ahead.

What followed in the second half can only be described as a desperate performance. Wealdstone were sharper and more alert than us, and we offered very little going forwards. They didn’t particularly look like scoring, but we lost midfield and our major players were very quiet. The especially quiet Danny Wright was replaced by Kladi Lolos before the hour, only for him to be mysteriously then replaced only eleven minutes later by Keelan O’Connell. There will be more to be said on that, I am sure.

With eighteen minutes to go, we fell behind. A quick break left us exposed down our right, and an overlapping run led to substitute Jaydn Mundle-Smith being in on goal and he riffled the ball high into the net. It didn’t feel like it had been coming, but we could have no arguments. This led to a renewed sense of urgency, and we started to press higher up the pitch. But it didn’t feel like a goal was coming. Until it did.

Torquay won a free kick on the left; Armani Little fizzed an excellent ball in and Ben Wynter got in ahead of the keeper to stab home form four yards out (although GJ would later say that it went straight in. Little’s 11th of the season if so). Game On! The remainder of the game was all United, with a sense of urgency lacking earlier in the game. Wealdstone had one break that left MacDonald having to make an excellent block from a one on one, but it was all Torquay. The result could have been so different but for a curious linesman seeing through the goal to rule that the ball had gone out before CLE crossed for O’Connell to prod home, or if the referee had spotted a pretty obvious looking handball in stoppage time. But in truth, when the final whistle blew, nobody could argue that we hadn’t done enough to win the game.

Shaun MacDonald 7 – Did all that he had to do well. Whilst the goal went in at his near post, he didn’t have a chance at the range with a powerful shot. Important late save.

Joe Lewis 7 – As solid and dependable as ever. Not overly challenged defensively.

Dean Moxey 6 – Didn’t feature hugely in the game and did what he had to do.

Stephen Duke-McKenna 6 – Was our liveliest player in the first half and had some good positions. But lacked quality in final delivery and faded from the game in the second half.

Armani Little 7 – May or may not have scored, and it was an excellent ball in either way. Didn’t affect the game offensively enough but always has that quality.

Tom Lapslie 6 – Was his usual terrier like self, but struggled to take control of the midfield areas enough.

Stephen Wearne 5 – Well, I don’t really know what to say on him. He just doesn’t get involved in games enough and this was the same. Neither has the pace to go outside full backs or deliver quality into the box.

Connor Lemonheigh-Evans 6 – Another that didn’t affect the game enough in forward areas. Was involved in the big talking point and it was a lovely bit of skill, goal or no goal.

Klaidi Lolos N/A – Well well well. Being hooked after 10 minutes isn’t something that you see very often. GJ later said he didn’t see what he needed to from him and doesn’t stand for it. Another disappointing episode in a disappointing season.

Keelan O’Connell 6 – Did very little after coming on but could/should have been the hero with his disallowed goal.

Joe Felix 5 – A curious signing and we are no closer to knowing what he can offer. Contributed little when he came on.

MAN OF THE MATCH: BEN WYNTER

As Gary himself said after the game, picking a Man of the Match in a game like that is difficult. But Ben was solid in a relatively unfamiliar position of centre back in a flat back 4. Dealt with the physical Josh Umerah well, and may or may not have scored the equaliser. He has been good this season overall.

Joe Lewis – As good as ever and tried to get forward in the closing stages. He has developed game on game this season and there must be concern that he won’t be with us next season. He is the kind of dominant centre back that clubs in league two must be looking at.

The tactics have been very changeable over the last few games and it was back to a flat back 4 in the absence of Asa Hall. That was partly due to a lack of options and there being nobody else, but also the way that we have played over the last ten games in the main.

Wealdstone are where they are and it looked like it in the first half. We had all of the ball and they showed very little quality throughout the game. But we gave them some oxygen by sitting off and letting them dictate the play after half time and never really wrestled control of the game back. They will be fine, as there are three teams that are worse than the other twenty by a fair distance.

It would be easy to properly go in on the officials here, but it is hard to tell on a screen. Replays show that CLE’s cross to O’Connell was marginally in play, and the question I would ask is how a linesman can see that conclusively enough to give it whilst looking at it through a goal? The handball shout in stoppage time was also a good one, albeit at close range. Overall, a quiet match for the officials in the main though.

Ah blimey. What a disappointing week. Three games that gave us a great chance for 7 or 9 points to really lift us into contention for the playoffs, and we end it with 3 points. Barnet and Wealdstone quite simply have to be beaten if you are going to get into the play offs. We had so much play but the problem that we have had all season of not being able to show enough quality in the final third was there again. The bench also shows the problem. There is nothing on our bench to bring on and change the game in our favour, and taking somebody off after ten minutes demonstrates this. We either have to make a couple of signings NOW and go for it, or accept where we are.