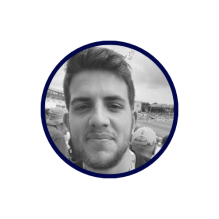 According to the ever-reliable Torquayfanstats.com, until 2022 we’ve only ever had two players called Stephen on our books. Yes, plenty of Steves, from Woods to McCall, from Tully to Adams, and a pair of Stevenses (Dean and Danny), but only two Stephens. This month, Stephen Wearne signed on loan from Gary Johnson’s son’s ex-club, Sunderland, to join Stephen Cooke and Stephen Reed and take the Stephen-o-meter to three. Now, a fourth has arrived, in the shape of Stephen Duke-McKenna.

Stephen Duke-McKenna is a scouser, and grew up in a family of ten Liverpool fans, but his youth career began across Stanley Park at Everton. He made no appearances for the Toffees, but did travel to Cyprus to sit on the bench in a 3-0 win against Apollon Limassol in the Europa League. After a year on the books at Bolton following his release from Goodison, SDM joined QPR. After a month-long loan at Hemel Hempstead, he made his debut for the Hoops as an 86th minute substitute against Middlesborough in April 2021.

Of the eight games in which he has been involved, his side have won just once, a 2-1 victory over Belize in March 2019. Interestingly, Guyana started a friendly last night (30th January) against Barbados and, though details online are frustratingly vague, it seems the game was abandoned during the first half. SDM was obviously not in the squad and it sounds like he got off lightly.

“Matty!” I hear you shout, “surely he’s the first player to represent Torquay United and Guyana?!”

There, you’d be wrong. He’s actually the third (I think), following in the well-trodden, exciting footsteps of Sam Cox and Kadell Daniel. Let’s hope his Torquay career is more memorable than his compatriots’.

This four-year-old clip has a miscellany of flicks and tricks from The Duke in his Everton days, rightly sound-tracked by a Euro-house number.

And here are the highlights from his TUFC debut at Alty, which peak at 8:08 from an SDM perspective as he dances round two Robins defenders and unleashes a strike which almost bamboozles Tony Thompson in goal. Filth.

– Fit straight in. As we’ve seen, this lad can and will improve our side. He’s played in central midfield in both games so far, and looked accomplished, but he’s also able to play as a number 10 or a winger. Either way, I can’t see him being dropped any time soon.

– Be the best player in the world in five years’ time. I may be getting carried away here, and I wasn’t at the Solihull game, but at Altrincham I was incredibly impressed with this lad. I think he might be a genius.

– Be lazily compared to Adam Randell because he was the last classy loanee central midfielder we had. I have already done this.

– Play for Torquay longer than is absolutely necessary

– Shirk a tackle – he’s not only good on the ball but he loves to stick his foot into a challenge too.

Stephen Duke-McKenna is a good footballer, and a good signing. It may be the case that his signature has little to no impact on our season, that we’re destined to finish thirteenth regardless. But if we are to harbour any hope at all of success beyond that – and I think we should keep that light burning ever so softly and subtly in the background – then this lad will be key. We give thanks to our feeder club QPR for his services.

WE WANT YOUR VOTES FOR THE LATEST TUFC POWER RANKINGS. CHOOSE YOUR TOP 5 GULLS FROM THE LAST 3 GAMES HERE!