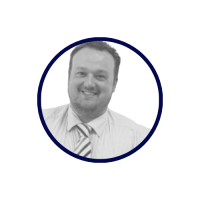 When a player of the quality of Jake Andrews leaves our club, it’s only right that an article chronicling his journey is done. And as I researched and compiled this article, it has occurred to me how it is rather a curious story.

Jake signed for Torquay from Bristol City in August 2018 on the same day as fellow Robin Opi Edwards (remember him?). His talent and cultured left foot had been on display earlier in that pre-season when he had featured for a City development team against United at Plainmoor. The free kick that he scored that day had stuck in supporter’s minds, so his arrival was met with excitement.

Jake’s left foot struck me straight away. New players can sometimes take time to settle in, but Jake’s quality was clear. Players with a good left foot can often be referred to as having a wand of a left foot in a way that right footed people are not. This was certainly the case, and some dreamy crosses and set pieces early in the Gary Johnson era showed us what we were in for.

He soon became a regular part of a sexy midfield that included Connor Lemonheigh-Evans, Asa Hall and Kalvin Kalala. There was attacking verve aplenty, but also a work ethic to them that any player in a GJ team had to have. There is one week in Jake’s TUFC career that sticks in my memory that season in the NLS.

Saturday 19 January 2019 was a big day out as we travelled to Twerton Park to face Bath City. It was a game that we dominated after a slow start and led 2-1 with 20 minutes to go. A nice move saw Jamie Reid slide Jake in down the left until he was unceremonious dumped onto the turf. Penalty. After some issues with penalty takers weeks before, Jake grabbed the ball and stepped up. He blasted it over the bar, and we ended up losing a game that we should never have done. Jake apologised on Twitter that evening, and I remember thinking what a brave thing to do.

Seven days later, and we were all back at Plainmoor for the visit of Oxford City in filthy weather conditions. You could sense that Jake had taken events the week before hard, and this was a big day for him. He scored a hat trick and really showed the fans what he was made of that day. The first direct from a corner, the second a far post volley in off the post, and a naughty little back heal for the third saw Jake take the ball home. Redemption and we cantered to the title.

Jake signed on a permanent deal during the summer of 2019, but generally struggled to hold down a regular first team place as United stepped up to the National League. Often the first to be dropped or subbed from the first team, there was reportedly issues between him and Gary regarding his conduct on occasions but he was the sort of player that fans liked. A whole hearted character who celebrated hard with the fans in successful moments and enjoyed banter with the Yellow Army.

Jake became more and more of a peripheral figure last season and only featured now and again as United pushed for promotion. There were flashes of quality and memorable moments, such as a stunning equaliser at Plainmoor against Weymouth in April, but he was in and out. He was on the bench in that game that we shall not talk about at Ashton Gate and made an entry in extra time. But his afternoon was reflective of his dwindling influence at the club, as he left on a stretcher with a stud hole in his leg.

There were some who were surprised when he was offered a new deal in the summer, but his quality remained. Unfortunately his 2021-22 started late following illness in the close season and it took him a while to get up to speed. Fitness was an issue at times for Jake and with minutes limited, he was left frustratingly lacking match sharpness and looking on.

So, when the news broke of his departure to Havant and Waterlooville last week, I wasn’t surprised but I did feel sad. He is a player that I have always liked, and I felt that he should have been in the team in recent weeks to add some know-how and experience to the side. But he needed to be playing and scored on his debut last week to make an instant first impression at Havant.

And that goal won’t be the last from the wand.