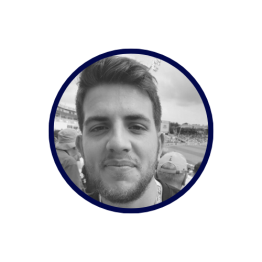 In July 2019, João Félix left Benfica to join Atletico Madrid for a whopping £113million. His transfer fee remains the fourth most expensive in history, and the second most for a teenager. He occupies a strange position in world football’s psyche where he’s simultaneously a global superstar – he regularly starts for last season’s best team in Spain – but also – thanks in part to the decline of La Liga, especially the decline of Scott-Minto-Presented-Sky-Sports-La-Liga-Coverage – your dad has probably never heard of him.

In December 2021, Joe Felix left Billericay Town to join Torquay United on (presumably) a free transfer. Like his more exotic sounding namesake, Felix is not a household name. Unlike his namesake, he is not (currently) a global superstar. As far as I’m aware, his career has been untouched by Scott Minto.

The Johnson Brothers don’t tend to do things by halves (despite their height), and on the same day acquired the services of Exeter City youngster Jack Sparkes. Unfortunately, he doesn’t share his name with Kylian Mbappe or Alphonso Davies so this fun little joke stops about here.

Both these lads can reasonably be described as “versatile”. Felix has played on either flank, right back, or central midfield; while Sparkes has tended to play either left wing, left back, or left wing back, but filled in adequately at right wing back for the Yellows on Saturday.

Jack Sparkes has played over 60 Football League games at the age of 21. That is, frankly, impressive. Born in Exmouth in 2000 (sigh), Sparkes made his debut for the Grecians in a 1-1 draw with Swindon. Following loan spells at Chippenham and Salisbury throughout the 2018-19 campaign, the young defender broke into the City first team before having his season cut short due to injury. More impressively, last season he made 49 appearances in filthy red and white stripes, proving to manager Matty Taylor that he could hold his own in a strong League Two side. His first team opportunities have been more limited this season, thanks in part to injury, but in terms of pedigree this youngster carries more than many we’ve seen at Plainmoor.

The heading “career summary” is harder to pin on Joe Felix. What we know is that he’s 22, and spent his youth career at Fulham and QPR. After leaving Loftus Road in 2019, the youngster went on a whistle stop tour of the south east’s most dreary non-league football clubs. Woking, Hendon, Hampton and Richmond, Maidstone: he saw them all! He had to take this bleak delve into obscurity further by moving to the now-not-so-flush, not-so-mad Billericay Town, for whom he’s played 15 times this season. And now he’s a yellow, breathing the salty air of Babbacombe Downs over a coffee with the sultry Aaron Downes. Bliss.

Neither of these players are the sorts to have highlight “reels”. Luckily enough, I am a man who has a little bit of last-week-of-term time on his hands, so I’ve dug out a goal from each. Here Jack Sparkes, Exeter’s number 3, hits a long-range strike past an inept-looking Cambridge ‘keeper (0:34)

And here, about a minute in, Joe Felix darts into the box and fires a shot into the bottom corner of St Albans’ net. The fact that it was the opener in a 4-1 loss is neither here nor there; if João had heard of St Albans I’m sure he’d be dead proud.

While Felix fits very much in the Dan Martin/Chiori Johnson “punt on an unknown” category, Sparkes seems to be a deeply sensible signing of a well-proven (but still young!) footballer. Neither of these ways to recruit are bad – they’re just different. It’s probably the case that, as a manager on a budget and perhaps looking to the future, you need to mix the two.

The pair joined on the same day Jake Andrews departed. The gifted wide man hasn’t really done it for the Yellows for the best part of two years – save for a couple of wonderful hits on the streams last season – and his departure made way for two hungrier (hopefully only in footballing, not food, terms) lads to get an opportunity. He is wished very well, and his contribution to a fabulous season will be forever remembered, but it’s time for a new crop to give this Plainmoor lark a whirl.