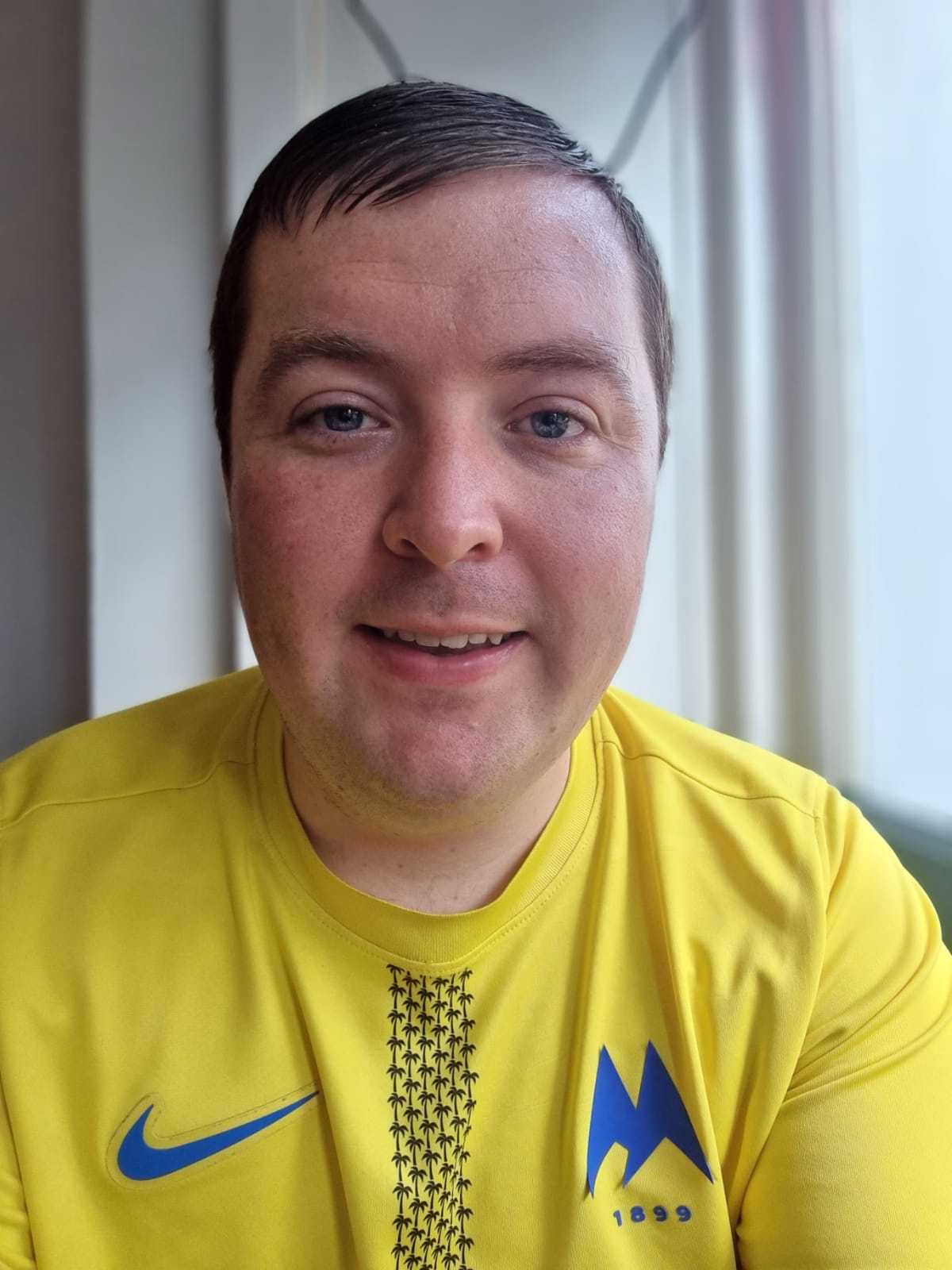 As we look ahead to playing bottom-placed Dover, Thomas looks back at Gulls games against relegation strugglers from recent years

After a weekend of watching the others play in the FA Cup first round, all eyes turn to this weekend for Gary Johnson’s side, with bottom placed Dover Athletic next up at Plainmoor.

Despite the pain of not being at the Valley, a weekend off for the team might not be the worst thing in the world. A chance for some players to get over knocks and recharge the batteries somewhat. With an encouraging second half display at Wrexham Hollywood FC, the Gulls face a much different test against struggling Dover, a team still looking for their first league win of the season.

Finding themselves on -9 points after refusing to fulfill their remaining fixtures from mid-February earlier this year over the funding/grants issue, it’s already looking likely that Dover will end the season in last place and whilst the bookies will have us as favourites, our luck against clubs at the bottom of the division has been…..sketchy to say the least. You could say it’s the good, bad and the ugly.

In this article, I look back at our most recent excursions with sides in last place and how well (or poorly) we did against them, all for your enjoyment!

Bottom v Top. With the hosts winless in all competitions in their last thirteen games, Torquay went to The Hive looking to cement their ten point lead (sigh) at the top of the National League whilst also looking to achieve their first win of the new year.

Former Gull Ben Whitfield opened the scoring on eight minutes, slotting home a low strike from just outside the box. In a game that Torquay dominated for large periods, the Gulls wasted many chances to put the game out of sight. You could be forgiven to have cynical thoughts that our wasted chances would come back to haunt us. Thankfully, Torquay completed the job on 83 minutes when Jake Andrews hit a wonderful strike from twenty five yards out to send the points back to Devon.

In what turned out to be our final home game of the curtailed season, Torquay were able to put aside the divisions bottom club with a 2-0 home win. On a cut up pitch, the Gulls dominated large periods and were rewarded for their efforts just before half time with Joe Lewis’ free kick finding the head of Robbie Cundy who got in front of the rushing keeper and looped his header home.

Ade Azeez missed a sitter early in the second half latching onto Reid’s pass as the Gulls charged forward, this was followed just a minute later with Reid hitting wide from a one on one effort before Torquay put the game to bed – Reid making amends by tapping home Whitfield’s pass across the box.

It kept the Gulls still in the hunt for the play-offs in what was a very tight division with just fourteen points separating Solihull Moors in sixth and Chesterfield in twenty first place. Ultimately, the season was decided on PPG just a few weeks later.

Speaking to the stewards prior to the game, I enquired about the numbers of Torquay fans they expected to make the short journey to the seaside. “Oh about 300-350”. My response, “I think you might want to reassess that number!” I’m pretty sure we had a 1,000 there that night.

The majority of the Yellow Army packed into the big stand behind the goal and the atmosphere was electric. With the club rising towards the top of the table, you could be forgiven to expect us to rollover our lowly hosts.

Instead, the Seagulls looked buoyed by the occasion and took a deserved lead in the first half.

After some choice words, Torquay came back fighting early in the second half and got level through Saikou Jannah’s effort, before Opi-Edwards finish gave the Gulls the lead.

Then as football goes, the game swung back towards the bottom side, Samir Nabi sent off late on for a deliberate handball on the line. The resulting penalty was well saved by “Super Shaun”, only for the resulting move from the corner to end up in the Gulls net anyway. It wasn’t a top bins finish but one did end up on the pitch…

It was the first small bump since Gary’s appointment but thankfully, this wasn’t a regular occurrence for us although our curse with the bottom club that season didn’t end there. You’ll see soon what I mean.

Our last foray against the leagues bottom club was early this year. Barnet, safe in the knowledge that relegation to the NLS was prevented by the null and void of the NLN/S divisions, came to Plainmoor looking to upset the apple cart. For us, we needed to win to keep pace with Sutton United in the title race. The equation was simple. win and score plenty of goals. Easy right?

We started well enough. Jake Andrews with a fine finish thirteen minutes in was followed up by CLE latching on to Little’s long aerial pass and evading both the defender and goalkeeper to slot home our second.

Then our dreams were dashed. Despite being two goals down, Barnet looked menacing and when Petrasso halved the deficit from the spot on thirty seven minutes, you could sense the mood changing. Sadly for us, Themis Kefala headed the Bees level and Torquay failed to find a winner, thus effectively ending title hopes and consigning us to the play-offs.

The first ever meeting between both clubs ended in victory for the bottom side from Lancashire. Torquay having won three of their last four league games found themselves in the play-off places but were without top scorer Jamie Reid due to injury.

Marcus Carver’s header, stemmed from a poor Ramarni Medford-Smith header on twenty four minutes set the tone for what was to come. Torquay rarely threatened, Jake Andrew’s free kick tipped over the bar and a Whitfield effort in the second half was the closest the Gulls would get.

It could have been worse had it not been for super Shaun saving from the spot on fifty two minutes to keep the Gulls in the game. Introductions for Ruari Keating and Manny Duku couldn’t stem the tide in the Gulls favour and the bottom side picked up their second consecutive win at Victory Park. For Gary Johnsons side, it was the second defeat in a run of six which saw the Gulls concede twelve goals.

Hello again WSM! The Gary Johnson effect was in full flow. Unbeaten at home since his appointment, Torquay found themselves top of the NLS and all the signs were that another comfortable win was on the horizon. However, the lowly Seagulls upset the odds with a shock victory in what was a poor performance from the lads in Yellow.

An error from Jean Yves Koue Niate on ten minutes saw the visitors take an early lead and Torquay failed to turn the screw in the first half in a scrappy game of football.

Jamie Reid levelled from the spot with just under twenty minutes to go and the expectations rose once again. What none of us saw coming was a second WSM goal. Alex Bray outmuscled CLE and slotted home the winner.

Typical Torquay you could say. Fair credit to WSM that day who played the game perfectly.

Relegated the weekend prior, facing the bottom club at home with the worst goal difference in the division who were also relegated, add in playing against them with an extra man for 87 minutes and to still come out as losers…..yeah. The less spoken about this the better!

Rhys Healey’s hat-trick wasn’t enough to save the Gulls from a truly embarrassing defeat, with the club (at the time) at its lowest ebb, oh we even missed a penalty too!

It was also our second 4-3 defeat against the Yorkshire side, a team we failed to beat at all in our six league appearances and our second game where they had had a man sent off and we had failed to capitalise.

Let’s just pretend this one didn’t happen! You okay with that reader? Good, me too!!

One thought on “GULLS V RELEGATION FAVOURITES by Thomas Kelly”