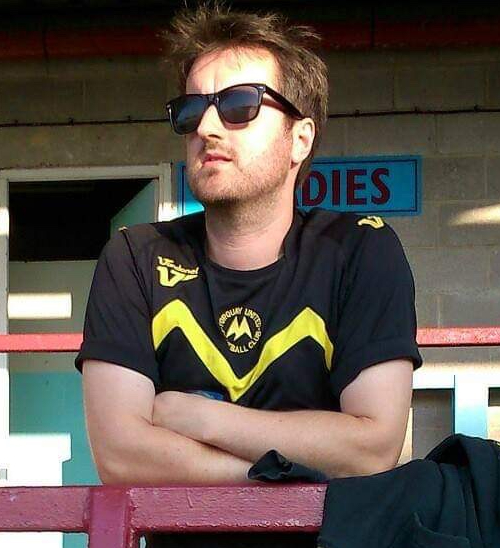 Why TUFC? I was born in Torbay Hospital and supported TUFC and Manchester United in my youth (it was the 90s). The latter has faded a little with age, but TUFC has been a constant.

Year Started Supporting TUFC and 1st Game: Crewe Alexandra at home, 1993. A 3-3 draw that has set the tone for much of the ensuing thirty years.

Favourite All-Time TUFC Players: Kevin Hill, Rodney Jack, Eunan O’Kane, Wayne Carlisle (because I love a proper winger, and for delivering the most iconic cross in TUFC history). Also enjoyed watching players who were clearly too good for us and deserved to go onto better things (and did): Kieffer Moore, Nathan Smith, etc.

Best TUFC Memory: On the pitch: Wembley ’09, winning the NLS, any away day where we beat our rivals (especially Bristol Rovers after Buckle left). Off the pitch: The home games in 2015 where fans of those same rivals turned up to keep the gate receipts up during the dark times.

Worst TUFC Memory: On the pitch: Wembley ’08, Old Trafford ’11, Bristol ’21. Crawley in the FA Cup in 2011 (and the following Tuesday night game vs Hereford, where barely 1,500 fans watched us field an unregistered Jake Robinson). Off the pitch: The club’s handling of Martin Ling’s departure.

Favourite spot at Plainmoor: Tend to stick to the far end of the Bench, now I’m in my mid-30s and enjoy the view of Dartmoor, but those years with the nutters on the Pop Side 2007-2013 were my favourite. Also enjoy a visit to the away stand whenever it’s open to us. I’m not fussy, basically.

Other: Editor of the award-losing Highway to Hele: A Torquay United Fanzine, 2014-2017.