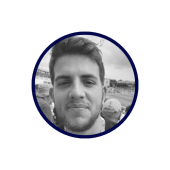 After the Yellows’ dismal defeat at Solihull, Gary promised us an influx of signings. Over a month later, a pair of loanees have come through the door in the space of a few days. Accrington Stanley defender Harry Perritt and QPR striker Sinclair Armstrong are the latest Johnson Bros recruits, but who the hell are they?

Neither of these footballers would describe their life in football so far as a “career”, such is their inexperience. Perritt – who at least has a Wikipedia page – joined Accrington from Preston aged 11, and it was at the “Wham Stadium” that he got his footballing education. But the 20-year-old, who has struggled with injuries, only has four first-team appearances to his name (he was seemingly never selected during his one-month loan spell at Southport).

Sinclair Armstrong’s career began at Shamrock Rovers, for whom he made a handful of appearances aged 16. It was here he caught the eye of the Irish youth set-up (he played a few times for Ireland’s under 17s) and QPR. Talksport claimed, between adverts for Screwfix and betting companies, that when he signed a new contract at Loftus Road the club had been fighting off interest from Man City, Celtic and Crystal Palace. How true that is, we’ll never really know, but it is believed that he also had a trial at Hoffenheim in 2020. I know we’ve sort of read the “incredibly highly rated striker comes to Plainmoor” book before, and it seldom has a fairytale ending, but it’s still quite fun.

As far as I can work out, we’ve been a centre back short since day one of this season. Even if Ali Omar was world class – which is a claim I think even he’d struggle to justify – we would still only have two natural central defenders at the club. This, quite obviously, leaves us susceptible to things like injury; suspension; the looming possibility that 50% of said central defenders might, in fact, be shit. So bringing Perritt in is definitely a positive, and I’d like to think he’ll start once he gets a chance, either on the right of the back three in the current system, or alongside Joe Lewis in a regulation back four. Gary reckons he can play anywhere along the back line or in holding midfield, which is obviously excellent to have in the locker, but the immediate priority is (still) the heart of defence.

Armstrong has played briefly on the left wing, but is primarily a centre forward. All reports claim that he is some degree of “massive”. Obviously, it’s feasible that all of these reports suffer from a classic case of unconscious bias, but it’s equally feasible that he is just a big lad. Johnson described him as “18 going on 25”, which is encouraging when one considers the immaturity of some other loan strikers we’ve taken on in the past. With Danny Wright out for goodness knows how long, and neither Dan Holman nor Klaidi Lolos staking a consistent claim, it’s easy to see Sinclair getting a decent number of opportunities in the team. Certainly, Wright’s absence leaves a gap for a target man, which 6ft1 Armstrong should be able to fill to some extent.

Harry Perritt – Most Likely To

Sinclair Armstrong – Most Likely To

We had gaps in our squad, and these two signings go some way to filling them. We can’t know if they’ll be any good until we see them play, as is so often the case, especially with youngsters. Like many of our signings this season, they’re punts. They’re footballers who have barely played any football against adults, and that should ring alarm bells for most Gulls fans. But we’ve had plenty of loanees in similar positions who have done well, and whose careers have been catapulted by temporary spells with Gary Johnson’s Yellows, and both of these lads come with good pedigree and positive reports. Let’s hope the signatures of Perritt and Armstrong are one small step for Gaz, but one giant leap for the Yellows’ promotion hopes.

There’s a crowbar, if ever you saw one.

Weymouth 1-2 Torquay | Post Match Reaction is now on our YouTube channel
The gaffer 💛#tufc #garyjohnsonsyellowarmy
ARMSTRONG 💛💛⚽️Sound performance from all the lads yesterday and the Yellow Army fantastic. 💪💪#tufc
Good luck to our sponsored player @klaidilolos19 for tomorrow, after an impact from the subs bench last weekend there’s more goals to come 👍#tufc
How many points are we picking up in December?? #tufc #nonleaguefootball #coyy 🤔🤔
Latest from the @torbayweekly #tufc #nonleaguefootball