MAC IS BACK IN TOWN

They say you should never go back, but while that is certainly true of crime scenes, professional footballers do it all the time. If you thought Torquay had retired the #37 shirt following Mo Camara’s departure in 2010, you’d be dead wrong. Enter Shaun MacDonald, making his second Gulls debut today after being deemed surplus to requirements in the summer. In hindsight, knowing now that a better option wasn’t available, both parties probably would have been able to come to some kind of agreement at the time. Presumably all the burning bridges have been attended to, and everyone is best friends again.

Given our current goalkeeping situation, it would be easy to get all misty-eyed about MacDonald’s return. For much of his time at Plainmoor, he was more or less on a level with Lucas Covolan, but failed to force his way onto the team sheet during the latter stages of last season. Letting him go was one of the less disappointing departures of the summer window however, and while he’s certainly not a bad option at this level, we should remember that he can be prone to rash decisions and hurried distribution – he was always the yin to Lucas’ yang.

The Southend game was basically as perfect a start as Shaun MacDonald could have imagined as he battled through stop-start M5 traffic listening to ‘Return of the Mac’ on repeat. He didn’t have a lot to do, claimed everything you’d have expected him to claim and communicated reasonably well with his defence, bar one or two very minor blips involving Chiori Johnson. We know Shaun’s not shy, so communication will certainly not be an issue once he gets to know the new faces in front of him.

A solid second debut, yielding our first clean sheet of the season, so let’s hope it’s something to build on. 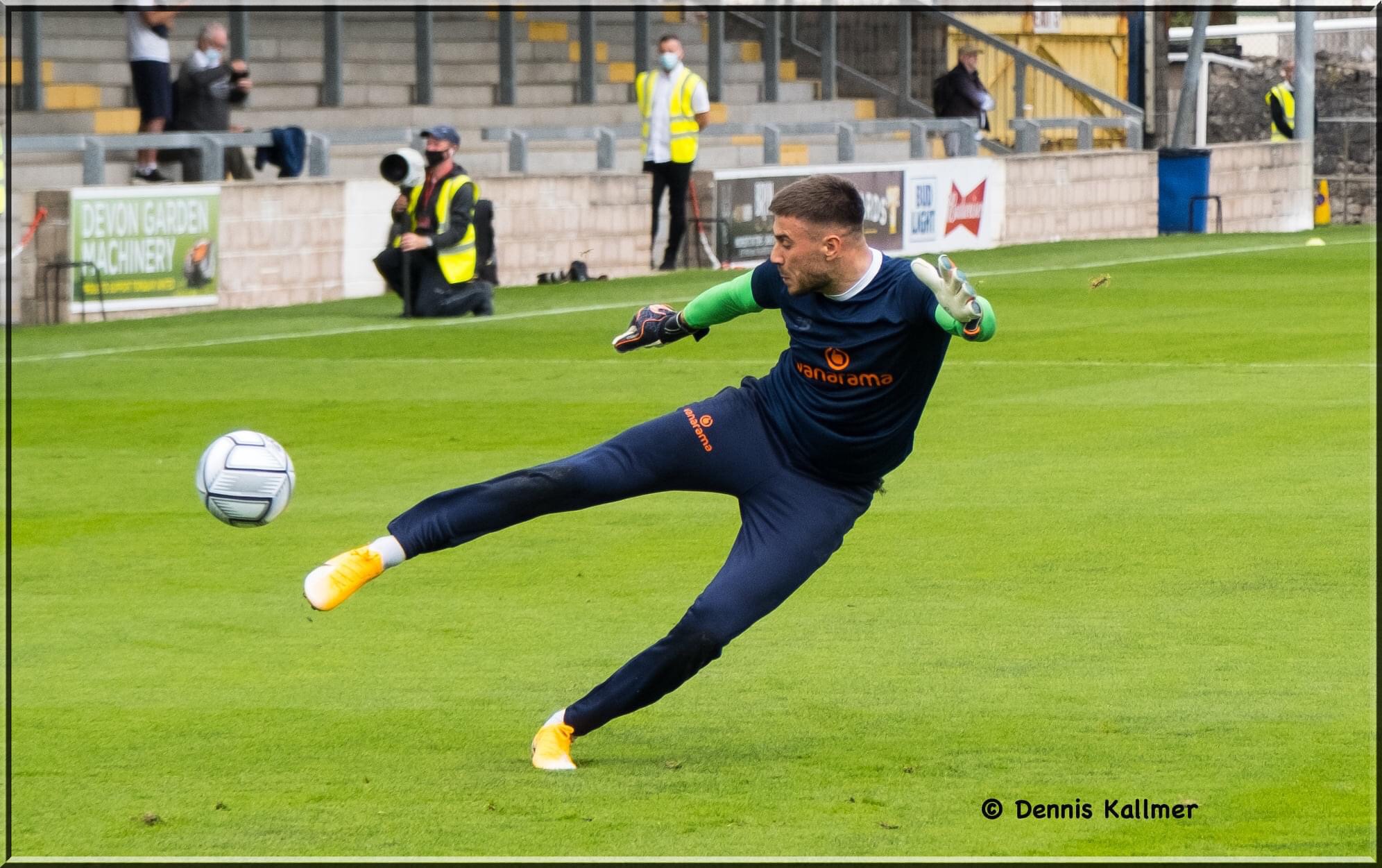 Another new face for most Gulls fans, former Cheltenham winger Alex Addai came on for his home debut during the second half. Whilst not immediately catching the eye as a person who possesses the natural frame of a winger, the muscular forward had a couple of opportunities to stretch his legs, looked hungry to be on the ball and may well offer a different option in attack. Having been released by Cheltenham over the summer, where he made over 50 appearances in three seasons and was also loaned out twice, Addai did look a little rusty at times, miscontrolling the ball or misjudging the speed of a pass. League Two was obviously a step too far for a man who had been plying his trade in much lower leagues, and we all know that the gap between that league and ours is not as great as it has been, so the jury is out on the Stepney-born Addai until he has played a few games.

Probably the biggest negative I’d take from today’s game (and I am stretching a little bit here because we have actually won and kept a clean sheet) would be our poor set piece play. Time and time again, corners and free kicks were floated in gracefully as if being delivered by a stork. On a different day, not taking these chances might have cost us, and I think a bit of work needs to be done here.

Oh well – at least we’re not hitting the first man every time any more. 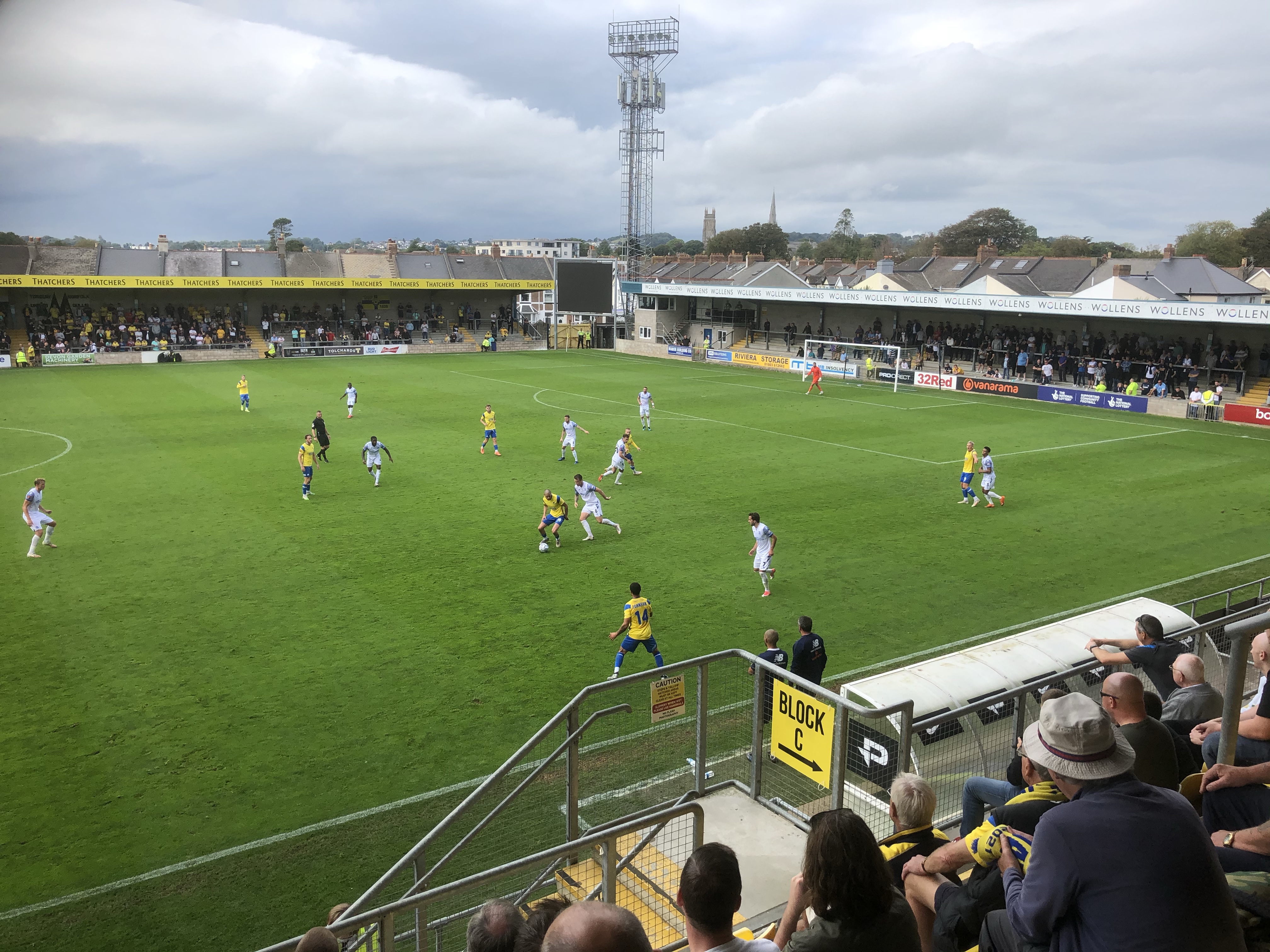 Gary opted for three at the back, with only one recognised central defender, and two supporting wing-backs in O’Connell and Johnson. On paper, this prospect looked a little questionable but in actual fact, you’ve got to say that both Wynter and Moxey, operating out of their natural positions, played well. As for the wing-backs, Johnson is a more defensive proposition than O’Connell, and looks to try to cut inside whenever he can. I would imagine he feels more comfortable playing as a central midfielder, a position he did fill at times during the pre-season programme. O’Connell did well out on the left, getting forward a couple of times and using the skill move buttons to good effect (little Playstation joke for you there).

The three in midfield (Rogers, Hall, Lemon) looked reasonably well-balanced too, although Asa does struggle for pace when left alone to defend after the other two have followed their more creative attacking instincts.

Upfront, Lolos had a lively afternoon and looks so comfortable on the ball. Perhaps doesn’t have the speed that someone like Connor does, which is probably what Danny Wright needs in a strike partner, but overall not a bad pairing and probably our best at the moment.

As a frustrated Rhys Murphy was replaced in the second half, the three at the back plan seemed to have worked. Southend rarely cut through our defence all game, and even with a couple of individual threats like Murphy on the pitch, couldn’t manage an effort on goal of note.

It looked for all the world like I had been given the unenviable task of extracting five ‘Talking Points’ from a 0-0 draw that TV pundits would have described as a ‘fascinating encounter’. My rather flimsy final point was going to be about Connor, who looked to pull up after tweaking his hamstring during the second half on more than one occasion. Stubborn as he is, however, he carried on playing and could easily have made any injury worse – as he did at Tiverton in pre-season.

Anyway, it’s as if the Lemon knew that this would have been incredibly boring to both write and read about, because he popped up in ‘Gary Time’ to steal all three points with a close range finish. As someone who used to prefer playing out wide in my school days, however, the standout moment of this move for me was the ball across the box from Dean Moxey. I love a good assist, and Moxey’s classy pass across the face of goal laid it on a plate – and I’m talking a side plate, not a sharing platter – for the man who never stops running (but sometimes probably should). A deserved outcome for United.