Danny discusses talking points from the loss at Solihull

Aaarggh, make that four defeats in six . And this one was a Tuesday night in Solihull… Awful early season form yes, but with Gary Johnson hinting strongly in his post match comments that changes are afoot, there may be some exciting times ahead for us Gulls fans, as new signings come through the door at TQ1.

I bring you 5 key talking points that were raised from Tuesday’s defeat to Moors.

One thing that strikes me is how unbalanced as a team we look. I don’t like to dwell on the past, but let’s look at last season. For the most part, and when injuries allowed, we had a solid, structured, balanced base. Our two full backs haven’t changed, but the defensive partnership, for me, are too similar. That might be odd to say for a CB pairing, but I think we are beginning to see the value Sherring added to that defence. Lewis is a fantastic defender, but he’s a row Z clear it type, much like Ali Omar. Sherring was a little more comfortable on the ball. Take John Terry & Ricardo Carvalho for example, prime example. Carvalho will boot anything into row ZZ to clear the lines, JT, less so. More assured and intricate. Puyol & Pique also comes to mind. I’m not saying Ali is a bad player, because he’s not, but its too similar, there need’s to be that calming influence. A Guy Branston if you will.

In the midfield, it’s too CM heavy. It may suit a diamond formation, but 4-4-2… No. We have arguably our best and most influential player in Lemonheigh-Evans stuck out on the left. We have Chiori Johnson playing as a winger almost by default. I was pleased when we signed Chiori, thought he was excellent in pre-season, but at full-back. Think he could well be an asset this season, maybe give Wynter some competition in that position, but for me, not a natural winger. Last season, we had a Nemane/Whitfield/Andrews dilemma out wide. All natural wingers. Comfortable in that position. We had, for the most part, Hall/Randell/Little in the middle. It worked. Everyone knew their role and executed it too a tee.

Up top, Wright continues to work hard to no real avail. Last season, when fit, the best pairing we had was CLE in behind Danny. And it worked a treat. CLE could influence and control the game from that CAM role, and feed Wright with expert precision. This season, that has gone. Dried up. And Tuesday certainly confirmed that.

One too many times we failed to beat the first man, or delivered it too deep. If you are struggling to create openings in normal play, your set pieces have to be on point. Unfortunately for us, they weren’t. And that’s where we are missing Jake Andrews. More often than not he delivers with his wand of a left foot into a dangerous area,  whether that be a free kick or corner. We lacked any sort of delivery on Tuesday much to the gulls fan’s anger. In all honesty, our biggest set-piece threat was Moxey’s throws, which did actually lead to our goal. But like I say, if you are struggling for form, set pieces should and can be your best friend. It didn’t help that Solihull were the land of giants at the back, but deliver into the right areas, and you’ll always have a chance.

Lolos & new signing Alex Addai came on with half hour to go, and looked lively. They looked willing and not afraid. Gary mentioned he spoke to Lolos in the week regarding effort and it showed. He chased hard, he showed some nice touches, and was first to pounce when the ball came to him in the box for the goal. Upon his release from Argyle in the summer, Ryan Lowe alluded to the fact he could regret that decision. The talent is there, I have no doubt. You aren’t rubbish if you are in and around a League One team all season. I think he needs to be given a real shot up front. Whether that’s as a two with Wright, or whatever. But Tuesday confirms he needs a run of games to kick his season off.

Addai looked decent. He was willing to take a man on, and although it didn’t always come off, the intent was there. With increased fitness, and some proper training under his belt, I think he could an asset to this team. Still unsure which is his preferred foot, as he used both will relative ease on Tuesday, which for me, is a good thing. A dual-footed winger, who can cut inside or go to the byline, is the winger type we’ve been crying out for.

Andrew Dallas started up front for Solihull, and gave our defenders a headache all evening. For my money, this is the type of player we should have been looking at in the summer. He took his first goal, from a very acute angle, well. He showed class touches and carried the ball superbly. This is a player who shone at National League level last season, when he scored prolifically for Weymouth in the latter stages of last season. That’s where we should be shopping. Players who shine at NL sides for lower half teams, that’s our market surely…..The lad has class, and Cambridge, with their promotion to League One, felt he was surplus to requirements. Of course, you never know his personal circumstances, or desire, but in truth, a team that just missed out on play-offs should have no problem attracting players in the mould of Dallas.

And finally, one thing you can never accuse the gulls fans off, and that’s lack of support & passion. 212 fans made the trip to the Midlands, and did the club proud. Vocal all night, and plenty of well timed chants should have gave Gary’s men the push and desire they needed. Come rain or shine, come win or lose, you’ll know that Torquay United will always have the best following in the land. COYY. 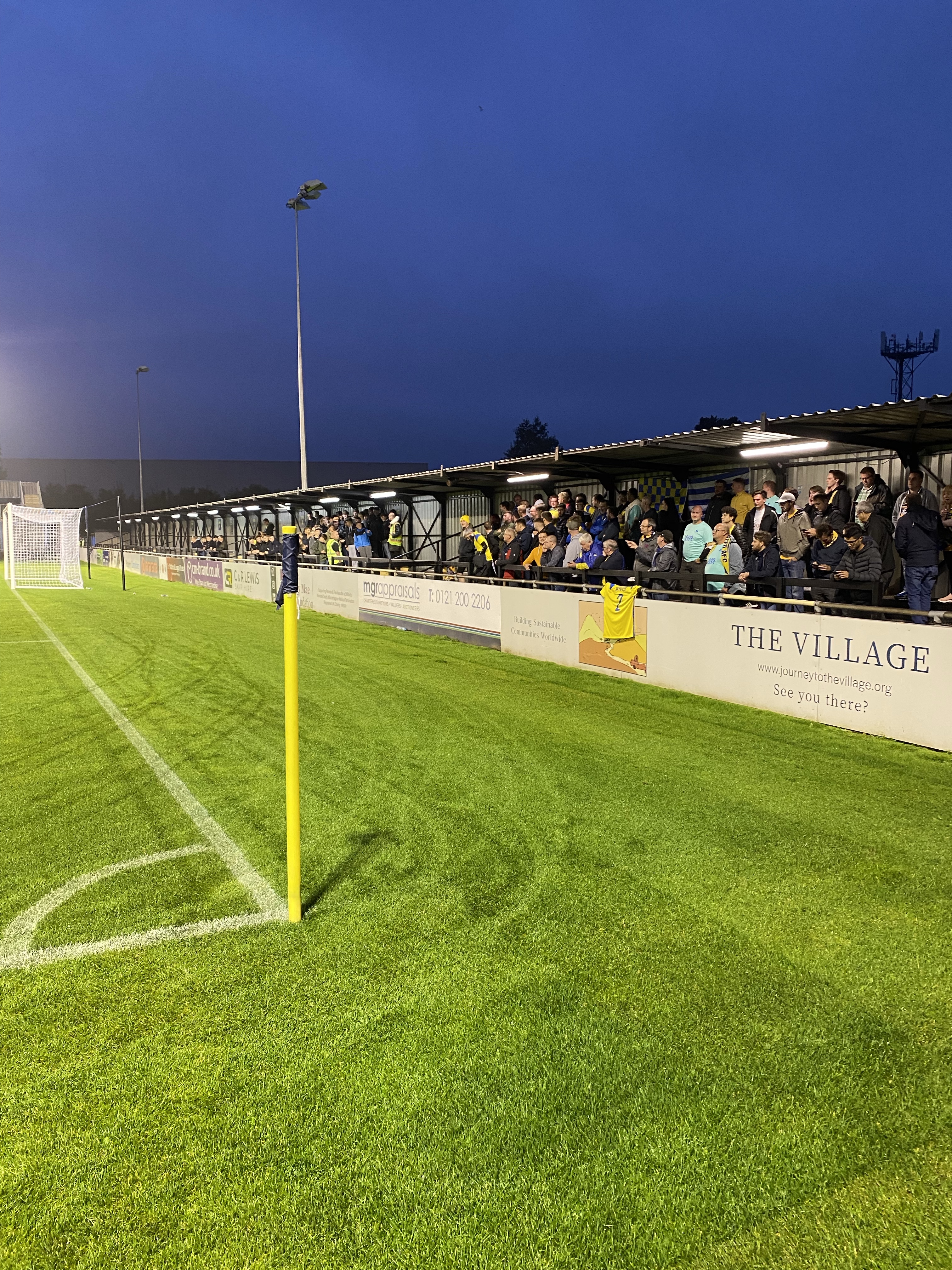