Joseph discusses talking points from the loss at Plainmoor

Another game and another defeat as the early season struggles continue for the Gulls. The latest defeat – 3-1 at home to Grimsby Town – raised many a questions as we try to dissect what has gone wrong so far.

I bring you 5 key talking points that were raised from this weekend’s defeat to The Mariners.

Not many players have started the season strongly and Little is definitely one of those who has struggled so far, but it has been noticeable that the midfielder has evidenced gradual improvement in recent weeks, with 3 goals in his last two league games.

Whether this is going to set the tone for the season as a whole or whether it is just a phase for him is still unknown, but it is certainly an encouraging sign for Johnson given the struggles he has had to go through. Granted, it looks like he will be out of the team for the coming fixtures with injury, but his form will most definitely be a plus.

One of the obvious reasons to account for our poor start to the season has been a lack of defensive resolve, a resolve that we demonstrated last year. There are some key components that have moved on, namely Covolan, Cameron and Sherring, and it is the latter whose departure has definitely been felt the hardest.

For the same reason last year that Shaun Macdonald had a negative impact on the defence in terms of making all the defenders on edge and hesitant, the fact that Sherring is absent has seemingly had the same affect. Gone is the cultured, calm and collected customer that Sherring brought to games, and instead you have a player in Omar who exudes indecision. Unfortunately that step down in class has seen our defensive record wobble badly.

3 – Lack of service and creativity

Coming into the season, there was real positivity and optimism in regards to our striking options, with Danny Wright once again leading the line, Dan Holman having a good pre-season and Lolos an exciting option, but it is fair to say that the strikers have failed to get going yet, with the equaliser against Notts County from Wright the only goal thus far from a forward.

One thing that is evident is the lack of quality balls into them. Connor Lemonheigh-Evans has come back and looks like a completely different animal, the replacements for Whitfield and Nemane have been poor so far, and all in all the threat and penetration we carried last year is not present this season. As a result, Wright and Holman have been feeding largely on scraps so far, hence their struggles. 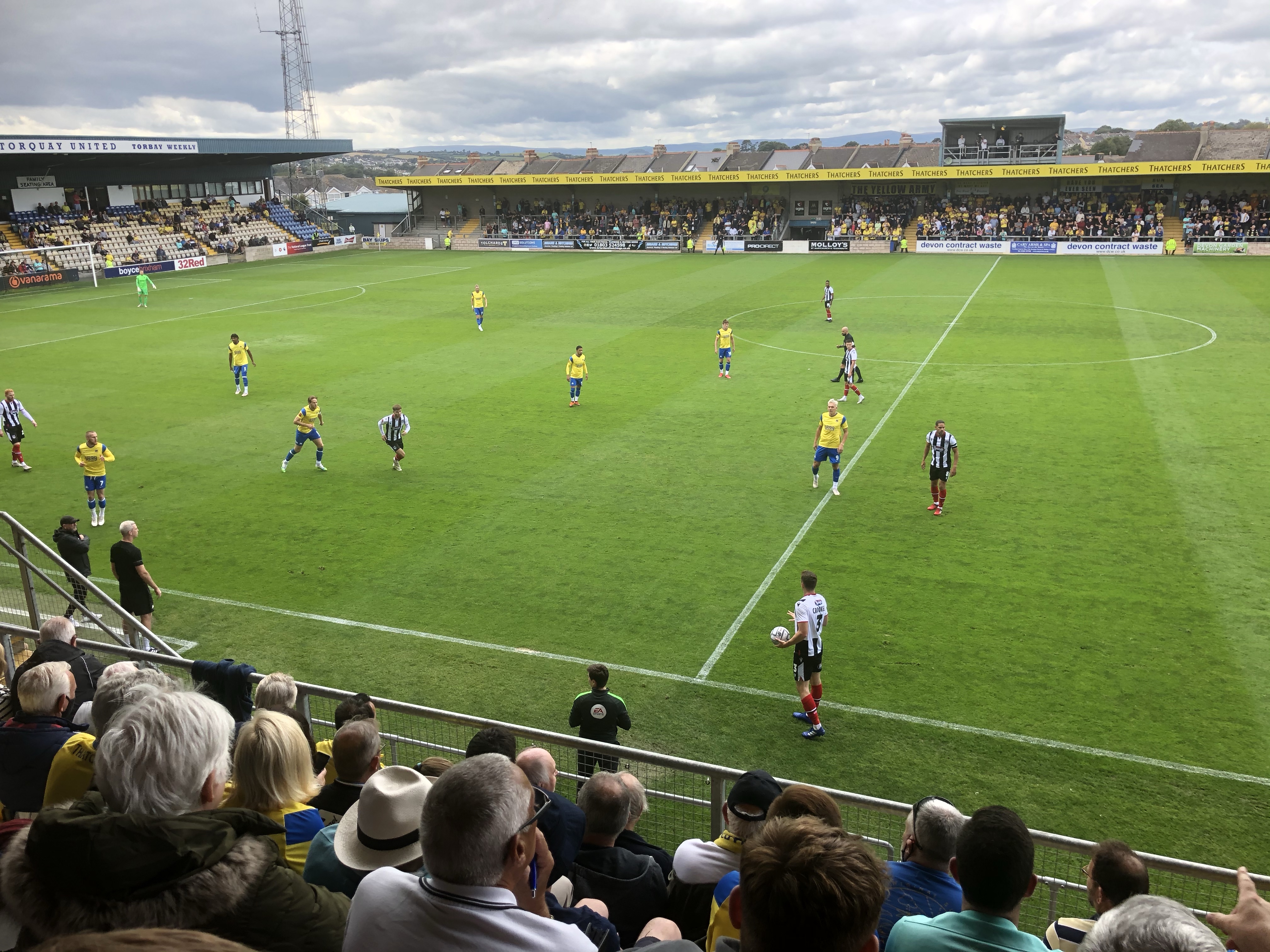 4 – Work to do to keep in touching distance

By any stretch of the imagination, it is a poor start. Whereas last year we propelled ourselves into the reckoning early on and gave ourselves a platform to work from, this year we are one of the early strugglers and have real work to do. What has been evident against the likes of Notts County and particularly today against Grimsby Town is that we are a long way off the pace and being in the mix.

We do look desperately short against the top teams. If Grimsby Town is the marker of where we need to be striving towards and what will be up in the play-offs come the end, you feel that there are considerable improvements needed. There are squads better-equipped, better-organised and better-prepared for the challenge ahead of them, and unless Johnson makes some additions, we may well pull up short and find it difficult to compete.

Lastly, something to ponder. I’m not an advocate for making token gestures like throwing in youngsters into the frame. The constant clamouring for Koszela to be given a start in the National League for much of last season was naive and felt like tunnel-vision at times, as I don’t think he is National League level just yet. But after the scoring form that he is in at Tiverton Town and the struggles that we have so far, you wonder whether Koszela could well be worth a chance to shine?

Scoring at Tiverton Town and scoring in the National League is a whole different ball game. Whenever he has played, the final ball in has been poor, he hasn’t looked like scoring in truth and in the limited game time he has had, he hasn’t done anything of note. But there is clearly a player there and if Johnson needs to freshen things up with a new option upfront, he could well prosper. 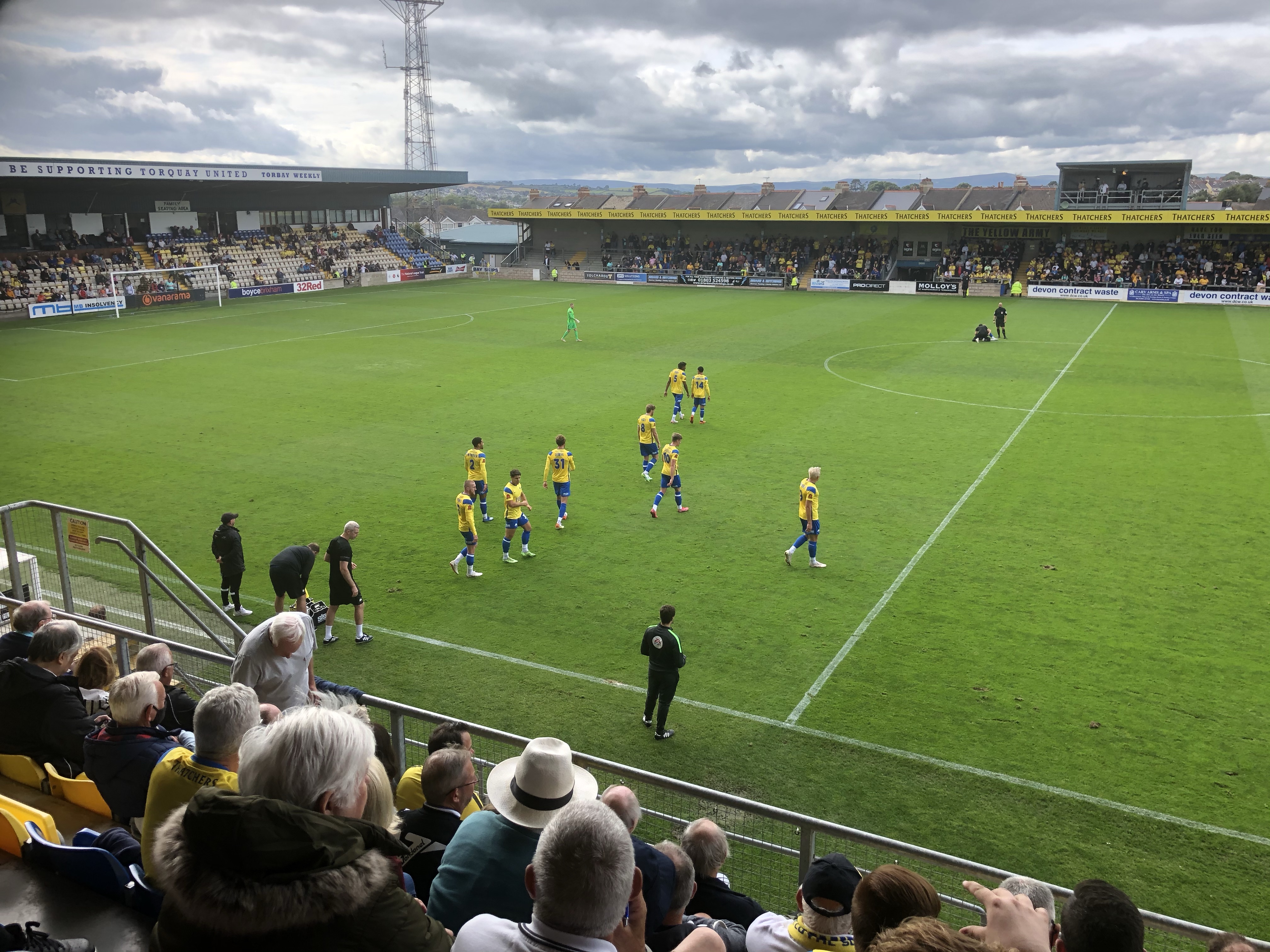