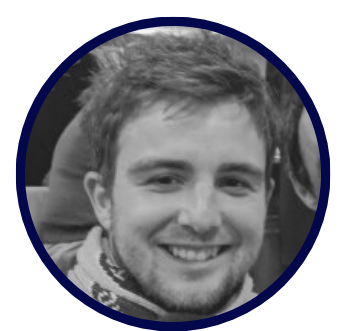 Very specific passages of football scripture are etched into my mind; entire matches are condensed to smaller memories; moments that together create a mosaic which allow me to preserve what I have seen and experienced – things that need to be remembered, both good and bad.

When I think of Wembley ’09, for example, I think of the wobble in my eardrums when the teams emerged, my Dad’s face when Sills scored, and We Are The Champions bellowing around the stadium at full time – twelve years later, those memories are more poignant than much of the match itself. That was a good day, but there have been plenty of bad in equal measure. Relegation at Mansfield is again dominated by the emotion in the expressions around me, some in fancy dress, the apologetic voice of Chris Hargreaves, and a long, silent drive home – again, 7 years later, these recollections are more noteworthy than the three goals we scored that day.

The point being, it’s not just the match, it’s not just the single result. A Ben Gerring ‘Cruyff’ turn at Plainmoor, a toilet stop at a council house in Tranmere, Paul Bastard’s lunchbox falling at Stockport, a much needed lift to the station in Nuneaton, the takeshi’s castle-like pub in Halifax; all of these events shape my memory of the day, and how myself and the people I was with remember them. And that is because these occasions are so much more than 90 minutes – or even 120. When people discredit football, and football fans, this is what they miss and what is misunderstood, it is so much more.

Sunday was physically draining, mentally painful and emotionally scarring, it remains so – but that novel is complete now and the process of dilution has begun. As we marched out, the concourse was deathly silent, hauntingly so, in a way like I have never experienced. Moments prior, as the penalties finished, I just sat, motionless, staring markedly at the angle of post and bar atop the goal to my left; Hartlepool fans crept from my peripheral to the right and for what seemed like an eternity, I did not move. 30 minutes earlier, I had exploded; jumping, diving, hugging and screaming as Lucas Covolan, our Brazilian superhero, headed a 95th minute equaliser – I could draw the stranger I celebrated with perfectly, such is the clarity of that moment. I suspect these will be the enduring memories, but there is a few more that I’ll implore myself to hold onto tightly, because in their context, they were just as special.

How good was that day? The isolation of the past 18 months has been incredibly unnatural, it is not something human beings are meant to do. How nice it felt to be back, around people, mates, having a few drinks, catching a train, talking football and just simply, living. For many of us, football is what we do, a passion and an obsession that we have sacrificed in recent times; restricted to our living rooms to sit-it-out alone – it has not been the same, but on Sunday, things felt at peace.

Equally so, just how good were United? How good has it felt to watch them this season? How ridiculous is it that we reached a play-off final, in the division higher, less than three years after GJ and Downes took control? So many last minute winners; pride and passion just when we needed it the most. Good god, this club has habitually let us down so many times before, but not on Sunday. They turned up. And so did we, what an atmosphere. The noise when Lucas scored – even when Hartlepool scored, we did not stop once. It was in the truest sense of the word “United”. Keep the context, remember how bad it has been, Gloucester away, Bromley at home – there have been moments darker, even if it doesn’t feel that way at the moment.

I wanted the win on Sunday so much; so, so, so badly, I wanted to be one of the fans walking away with an arrogant smile – the slightly condescending well-wishes to Pools fans; it is crushing that it wasn’t our time, but sometimes it just doesn’t work out like that; you can’t control everything, referees make mistakes, people slip and luck dictates. Don’t get me wrong, it absolutely does matter what league we’re in, but not as much as being there to enjoy the ride with your family and friends. The beautiful thing with football is there’s always another minute, another half, another match, another season.

I’ll leave this piece with a little synopsis and quote from Christopher McCandless, the subject of a great book (and fairly decent film) Into The Wild. Disillusioned with life and upbringing, Chris disappeared to the Alaskan wilderness in an ill-fated search for purpose. His possessions would later reach his sister, who noticed in his final days Chris had written five words in the margin of the last book he would ever read:

“Happiness only real when shared”

But for the ending, I was pretty damn happy on Sunday; I just wish next season started this weekend so we can do it all again, together. COYY…