Have you recovered yet? Me neither! Talk about heartbreak. As our contributor Matt Orton said to me, it’s so rare to get such highs and lows in the same game – an emotional rollercoaster for us all, even by Torquay United’s standards. The silence when Matt Buse’s penalty banged the crossbar was deafening in our end, a gut-wrenching moment when we struggled to comprehend/accept that it was all over…well for another season anyway. All we can do is mop up what happened this week, and then look forwards – no time for too much sulking. Anyway here’s my talking points from the quite frankly ridiculous play-off final at Ashton Gate….

Yesterday’s Twitter was filled with tweets from the players and even apologies from some…not necessary. Much like so many games this season, the squad dug deep when we needed them most. It was a game where decisions had not gone our way (see no.2), where the clock was ticking down and defeat drew nearer and nearer. We just don’t ever give up, pushing and pushing, hoping and hoping for a goal to take the game into extra time. What fantastic team spirit from all the lads, 100% commitment thrown into every challenge, every long ball, every pass and shot. This squad have made me even more proud to be a Torquay United supporter. A wonderful group of lads who have taken us so close, stretched every sinew and made us dream. Sure the end was about as painful as it gets, but have pride in what we have tried to achieve this season. A Torquay United team that could not have done more.

The first Cam disallowed goal initiated plenty of celebration around our way, it didn’t even occur to me that it would be whistled off. But cancelled out it was. On further investigation through TV replays, it was ruled out for Joe Lewis’s vague push on the Poolie defender. The push made no difference to the chance, Cam would have won the header whatever, and challenges like that happen every time a cross is thrown into the box – so it’s a harsh one from Football League bound (!) referee Simon Mather. If the first decision was harsh then the second one in the 2nd half was absolute garbage I’d say. When Kyle Cameron jumped high for the cross he has eyes for the ball only, Brad James is flat-footed and slow to jump, and the Geordie’s header is perfectly legal with minimal contact on the goalkeeper. Unfortunately protection of goalkeepers from officials has been going on for years, and in Mather’s mind he clearly believes James deserves the benefit of the doubt. Poor refereeing on a massive occasion that deserved better.

Where do I start with this one?! I have supported Torquay United for close to 32 years, but I’m not sure I’ve ever celebrated a goal so wildly as Lucas Covolan’s glanced header into the net. When goalkeepers run upfield they usually cause more disruption to their own players, but the magnificent Brazilian timed his jump perfectly – the ball floating into the Hartlepool goal in slow motion…unbelievable! On the replays Brad James was clattered more for that goal than for Cam’s 2nd header, if Mather had disallowed that one wrongly I can only imagine the response. But with the equaliser rightly legit the scenes around the stands were  fantastic, the goal was trending around social media, and for a couple of minutes Torquay United were the most important thing in the world…well it felt like that anyway! We may have eventually lost, but moments like that are what it’s all about – embracing friends and family, rejoicing the Gulls and riding the TUFC rollercoaster ride. Thank you Lucas for a goal I’ll never forget.

Take me back to this moment…. #tufc pic.twitter.com/mza9vakhTt

I’m not just proud of the team this week, I am also proud of the supporters. After Barnet at home, the club were quick to demand more from the Yellow Army and boy have we responded. In the build-up to the game I discussed with others about whether the atmosphere would be any good. In a bigger ground could socially distanced supporters still create the noise we made against Notts County. Well any worries were soon dispelled, as we made ourselves heard throughout the afternoon, and with the Poolies doing the same it made for a crackling atmosphere. I want this noise to stay in our memory banks for future seasons. Keep backing the team when things are going against us, keep making yourself heard – we can be the difference, it’s been proved. A wonderful effort by all. Keep coming to watch your team when restrictions are eased, together let’s make Plainmoor a fortress for 2021-22.

The biggest heartbreak I can compare this game to in recent memory is Exeter City 2008, bloody hell that was painful! That year the team struggled to shake the hangover of the agonising defeat and started the season slowly. But eventually the negatives cleared and we all got to enjoy Wembley 2009. In 2021 we have very little time to move on. With pre-season starting within weeks, Gary Johnson and Aaron Downes have a big job on their hands to not only get the squad together for the coming campaign, but also to ease away from the disappointment that will be lingering in all the players hearts. No easy job but if anybody can do it, it’s Gary Johnson. I’m confident we can do very well next season in his hands – with hopefully the majority of the squad returning, welcome backing this week from Clarke Osborne and some strong signings (hopefully) to come we can go again. Nothing is assured in Football, but keep the faith for 2021-22, I believe we will be contenders once more. WHAT A CLUB.

So as it’s an end of season article, I’d like to thank a few people (I’m a sentimental old fool I know!!). Thank you firstly to the players and everyone involved at Torquay United for taking us so close and making us dream. Thank you to all the contributors for making this site what it is, and responding to my constant nagging requests for help! And thank you to all the Yellow Army for being great company throughout the season on every platform and for taking the time to read our articles. Cheers all, onwards and upwards. 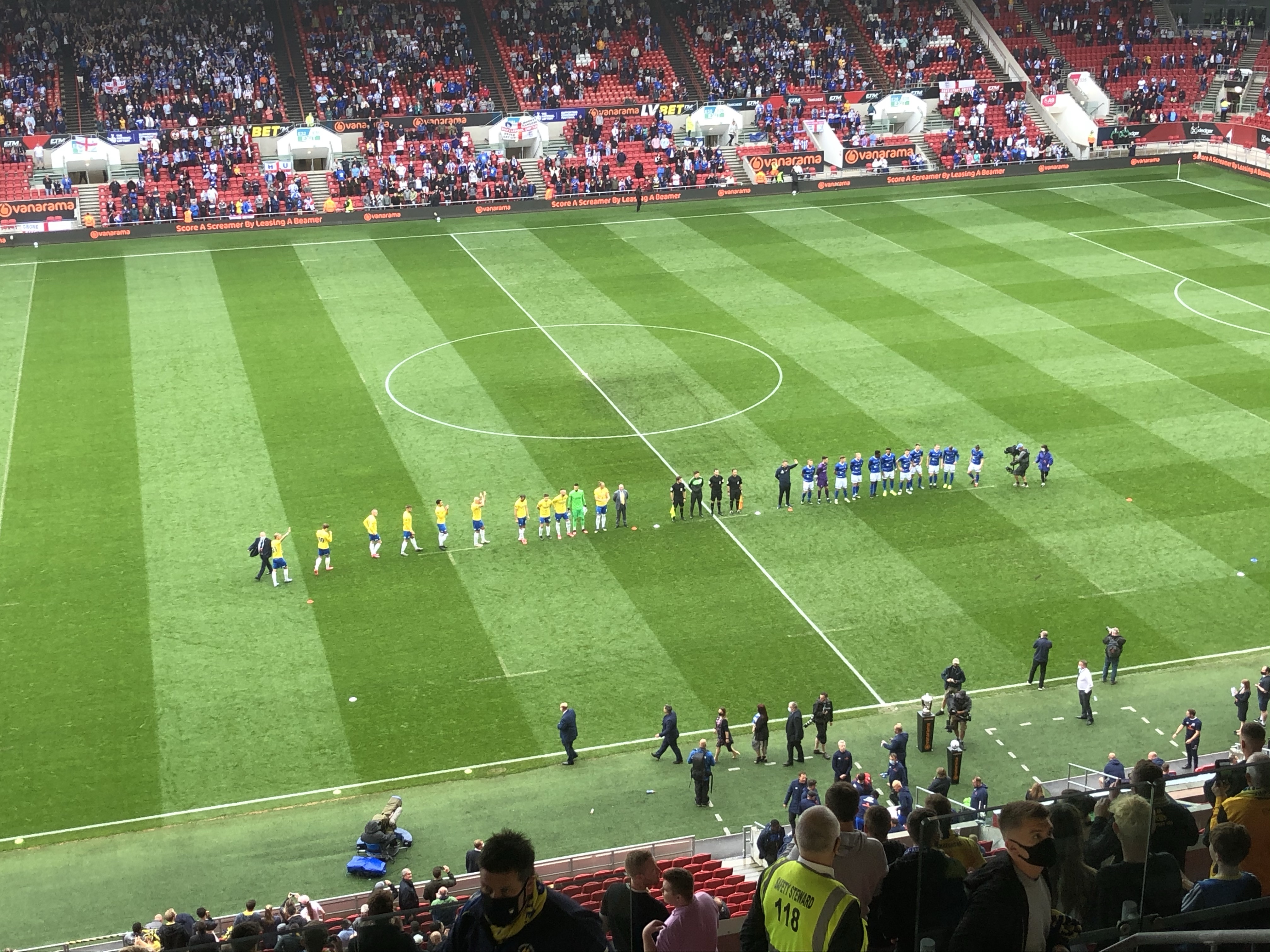 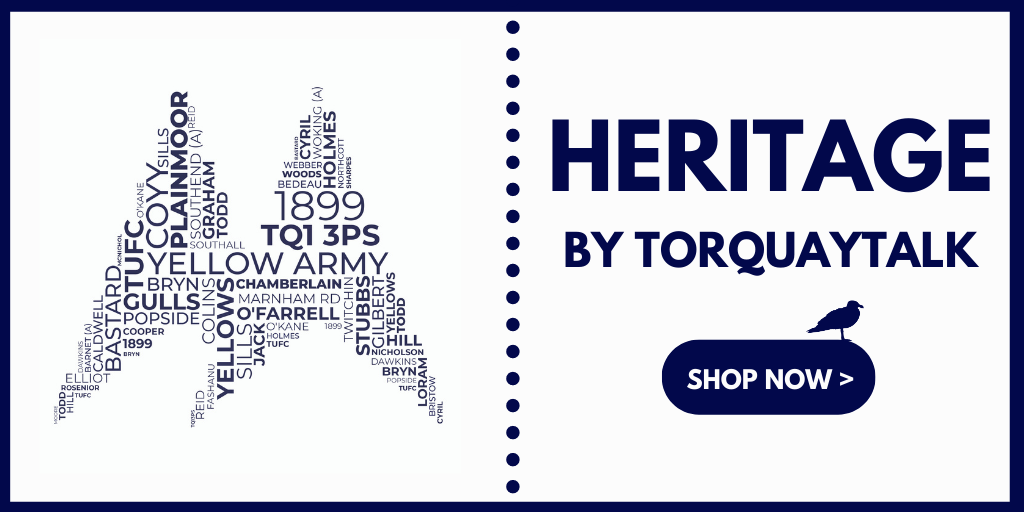