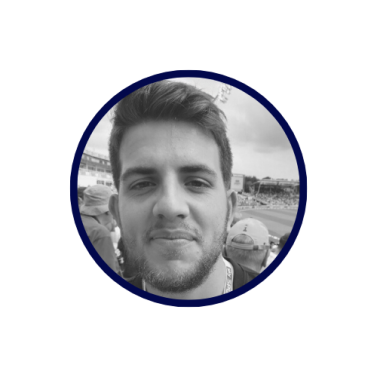 Asa Hall has been our top scorer this season, and we finished the season with a centre back up front. One could read this as an indictment on the quality of our forwards. That’d be harsh. While some have been obvious disappointments, others have revolutionised the way we’ve played football, and the rest have been somewhere in between. None of them have made more than 17 starts, so assessing the quality of their “seasons” is a bit like writing a book off because you don’t like the front cover. Content, though, innit. So we’ll give it a go.

Almost every single forward that Johnson signed this season was tasked with either deputising for or replacing Danny Wright. They’ve all, without exception, failed to live up to those requirements. It’s not easy to put into words what he adds that others don’t: terms like “experience” and “nous” don’t really seem to cut it. Wright lollops around the pitch, almost awkward in his own frame, not really looking like a footballer. It’s not that he doesn’t work hard off the ball – he really does – but there’s an economy of movement that makes everything look effortless. The cliché about the first five yards being in your head applies to him, for sure. But the key difference between him and others in this list is how he makes the game easier for his teammates. Connor Lemonheigh-Evans is a markedly better player when he can run beyond his centre forward and know, trust, that the ball will be controlled, guided, or flicked into his path. Whitfield and Nemane both played better when they knew they could either come inside and ping the ball off the Wright backboard, or beat their full back and float it into the number 9 knowing he’d attack it.

It may be the case that Wright is good but not special, that if we’d recruited better we wouldn’t have missed him so much. I’m tempted to think that the number of players who have tried and failed to replace him suggests he really is a top-class striker at this level. The playoffs are a totally different proposition if he’s fit.

I was duped by Josh Umerah. I watched clips of him playing for Charlton’s youth teams and Wycombe and convinced myself that he was a genuine talent; a rough diamond; the Johnson Brothers had struck again and plucked a new star from relative obscurity. That hasn’t happened, but it’s unfair to slag this lad off too much. He was only ever brought in to be a squad player – Wright’s deputy – and was quickly thrust into a position of responsibility for which he was never ready nor prepared. He’s got a raw deal this season from fans who expected too much, and from officials who – certainly at times – saw his size and skin colour as evidence enough to penalise him. He’s not been a great Torquay United footballer, but I wish him all the best. Even though he’s made me look a right tool.

Umerah is going to be our top scorer this season. Bookmark this tweet.

Every time I watch Billy Waters I’m frustrated. He doesn’t have a great first touch, he’s always offside, he often seems hesitant to pull the trigger in spite of a gaping chance. But he also scores goals (three in two against Wealdstone, all key; a bad-run-ending winner at Solihull; two in two big end-of-season games against Eastleigh and Chesterfield), works hard, and looked to be in decent form as the 2020/21 drew to a close. It’s hard to see the latter without thinking of the former, without thinking he’d be a fine player at this level if he was a bit smarter, a bit sharper. But in that scenario he’d probably be playing for someone better. If we’re to play a front two, he’s certainly useful, and his best football has been played alongside a bigger striker rather than ploughing a furrow on his own. His importance to the Yellows is entirely dictated by the tactics Gary chooses tomorrow.

Scott Boden is our best option if Wright is out (and he himself is fit). He doesn’t offer as much as Danny does, obviously, but his hold-up play and intelligence give him an edge over the less experienced options. The late late winner at home to Aldershot will go down as probably the greatest in a season of great, mad, injury-time goals and no amount of failure in the coming weeks will take moments like that away from us. Boden has done well since coming in: important strikes like that one, the delightful loft at Woking and the brace at Stockport bolstered by an impressive work-rate (for a man whose hairline befits someone twice his age) and a decent set of feet. I really like him.

I fear that Benji’s spell with the Yellows will be defined by two failures in front of goal. Having harried and hassled Bromley’s defence to earn himself a golden opportunity in the dying seconds, the young Swede belted the ball straight at the ‘keeper. A week later, at Edgeley Park, he went through one-on-one but – presumably with the Bromley palaver on his mind – he tried to slip teammate Connor Lemonheigh-Evans in. The pass was misplaced, and very clearly the wrong decision. He hasn’t really had a proper chance to impress and definitely has more in his locker than what he’s showed. Perhaps he’ll get another chance in the coming days and weeks, perhaps this time he’ll take it.

Had a few good minutes on the wing once, against Wealdstone, I think? I don’t know if he’s a superstar that so many are convinced he is – I’m tempted to trust the opinion of a manager who’s watched him every day in training – but I’d love for Gary and I to be proven wrong at some point. He’s still very young, and maybe his time will come. Who knows. I hope it does.

The streets will forget these two. Both highly rated by their parent clubs (to be specific, their parent clubs’ under 23s teams), both nowhere near the standard required in the National League. To be fair to Britton, lumping him in with Street might be harsh, considering he started the season scoring for us and ended it scoring for Bristol City. If his time at Plainmoor is remembered, it’ll be more fondly than Street’s, whose first spell away from Selhurst Park left him begging to return to the warm embrace of Roy Hodgson and the opportunity to play against teenagers of his own size and inexperience.

I feel uncomfortable ending a season review – a season where we’ve finished second and done very well and have a good chance of going up – on such a drab note about such uninteresting footballers, so here’s some optimism. It’s been a year where, partly due to injury crises and crammed fixture lists, nobody has been consistently excellent throughout. In that context, the very premise of an analysis that focuses on individuals is redundant, especially when it’s called a “squad review”.  So I’m sorry for wasting your time and mine.

Out of necessity rather than choice, this Torquay United team has exemplified the importance of the squad. We’ve needed versatile leak-pluggers as much as we’ve needed the stars. By my calculations, we’ve had four different players play in goal; five at right back; five at left back; and ten up front (if you include The Lemon’s false 9 era and Kyle Cameron’s Shearer impression). A sign of the gaffer having a lack of clarity and a squad with nobody nailing their first team spot down? Nah. A deep squad with a variety of skillsets getting the most out of an intense, tricky season. Every one of this lot – even the crap ones – have contributed in their own way. We’re gonna need a bigger open top bus. Maybe. 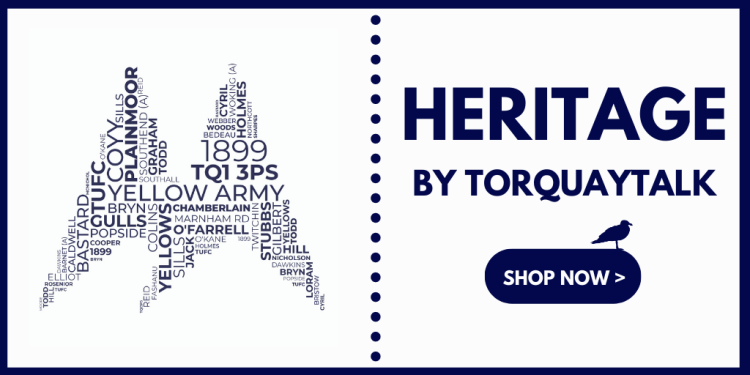