On a day when Torquay were supposed to be worried about “How Many?” It quickly reverted to just “How” on a bitterly disappointing day that all but handed the title to Sutton Utd meaning it’s a playoff campaign that awaits us.

The fixture list hasn’t been kind to us, playing 4 games back to back against fellow promotion candidates and although that started well with good wins over Eastleigh and Chesterfield, draws followed against Bromley and Stockport to put Sutton into the driving seat going into the final two games. With fans back at Plainmoor and on the back of a decent performance at Edgeley Park, optimistic Gulls fans would have believed Gary Johnson’s men could comfortably beat rock bottom Barnet to at least put some pressure back on Sutton ahead of their game with Hartlepool.

Unfortunately what followed was 90 extremely poor minutes from the Gulls albeit with the ideal start. A 2 goal lead inside 25 minutes was ultimately lost to a spirited Barnet side who more than merited their share of the points.

These are my 5 takeaways.

Well I never saw that coming – we’ve been so good defensively in recent weeks against some really good attacks. Top scorers in the division and other big name strikers have been nullified by our two young centre backs, but Barnet and in particular Mason Clark had a field day against a nervous looking Torquay back line.

Even before we scored, Barnet had flashed a cross right across our goal line and but for Adam Randell miraculously heading one off the line, would have scored. Lewis and Sherring in particular have played so composed and above their years all season, but they both looked 21 years of age on Saturday.

Sherring had a bad start to the game with a couple of loose passes and poor clearances putting us in trouble, his lunge for the penalty was completely in context with the edginess and panic Torquay defended with all afternoon.

He wasn’t alone. Lewis was booked for a stupid challenge and like Sherring put us under pressure with a couple of under-hit back passes and other moments of head scratching play completely out of character.

It was no surprise GJ went to Kyle Cameron early in the first half to try and do something to calm our nerves back there.

Got away from Plan A

What I mean by this was Plan A equalled basically ‘winning the game’. The lack of celebrations when we scored the first 2 goals worried me slightly, in that you still need to enjoy the moment when we score a goal and while goals were important, the most important thing was to win the game. We didn’t play with the control and swagger of a team that were 2-0 up, instead it was more like a desperate urgency to keep scoring.

Yes it was important to try and get a big win but the win first and foremost was the absolute main thing and I felt we just lost our way in doing the basics right and keeping everyone focused. This game wasn’t as easy as we maybe thought it would be.  I thought we panicked all over the pitch, even in the last 15 mins we just resorted to booting the ball up the field when we had our most technically gifted players available at that time. We showed our inexperience and hopefully it’s something we can learn from.

Could have gone to Waters earlier

I felt it was a game for Billy Waters, someone willing to get the ball, turn and run at their big but immobile defence. Only once Billy and Benji got on in the 2nd half did we look like any sort of threat consistently. It would have been a big call to leave Boden out after last week and while he did okay I just felt we lacked any pace or players willing to run at Barnet. Waters went close with a left footed effort in the 2nd half and Benji also had a couple of moments where he looked dangerous but it was a little too late. The defensive change first half also meant we couldn’t throw Umerah on when we went route one for the last 10 minutes.

The good and bad of Armani

This game showed why this group of coaching staff are rightly so keen on Armani Little, but also it showed why the midfielder has his critics. The pass for the 2nd goal was out of the top drawer. As Torquay survived one of about a dozen Barnet corners in the first half, the United midfielder played a 60 yard diagonal ball over the heads of the retreating Bees defence to Lemonheigh-Evans, whose first touch and finish despite being fouled twice in the box, was absolutely top class.

That seemed to give Armani a spring in his step but unfortunately the execution of just about everything after that didn’t have the same effect. It was Little trying to play out in defence and giving the ball away in a terrible area that led to Sherring panicking and giving away a blatant penalty to make it 2-1.

I’m a fan of Little but I just don’t know how he fits into this team. He isn’t disciplined enough to play consistently well in a 4-4-2 which is what’s being asked, he would rather play as a 10 but just isn’t as good as CLE. If Whitfield had been fit I’d have liked to see him on the right hand side with Randell moved inside because his mobility compensates for Asa Hall better.

We lost the midfield battle on Saturday, and once Hall was on a booking it’s always a worry with him and Little in the middle of the park.

We need players back for the playoffs

This was the last last chance saloon and now the saloon has closed it’s doors for the last time, it is going to be a playoff campaign for Torquay now. The positives of that are the format means we have a home game and if we can win that we will be in the final, so still only 2 games away from being back in the football league.

It also gives us a couple of weeks now to get players like Whitfield and Wright back fit because we miss both desperately. Boden has done an okay job but the difference between him and Wright is big and Whitfield is a huge miss just because of his overall quality and direct running, two things we lacked all afternoon.

My final thoughts on the regular season is one of “What If”, what if we hadn’t had so many injuries to key players this season? Well actually I know we would have had the cigars out and been picking up the trophy in front of our fans. The fact we haven’t been able to name our strongest team since Boxing Day and yet we’ve gone as close as we have, says who the best team in the league is, it’s just a shame for us that we’ve simply not been able to field it for 5 months.

Without going into all of them, we’ve played a significant part of the season without a recognised full back on either side, without a recognised wide midfielder and our backups at centre back and centre forward. It’s a credit to all involved that we’ve gone so close with this amount of disruption, there is no other club in the league that could have done that. Sadly it was just too much to cope with for this amount of time when we were needing to be perfect due to other teams putting their challenge together.

It’s a bitterly disappointing way for our challenge to end but now is the time to regroup and refocus everyone to what lies ahead. The objective can still be completed, it’s just got to be done the hard way – the only way Torquay United has known since 1899. 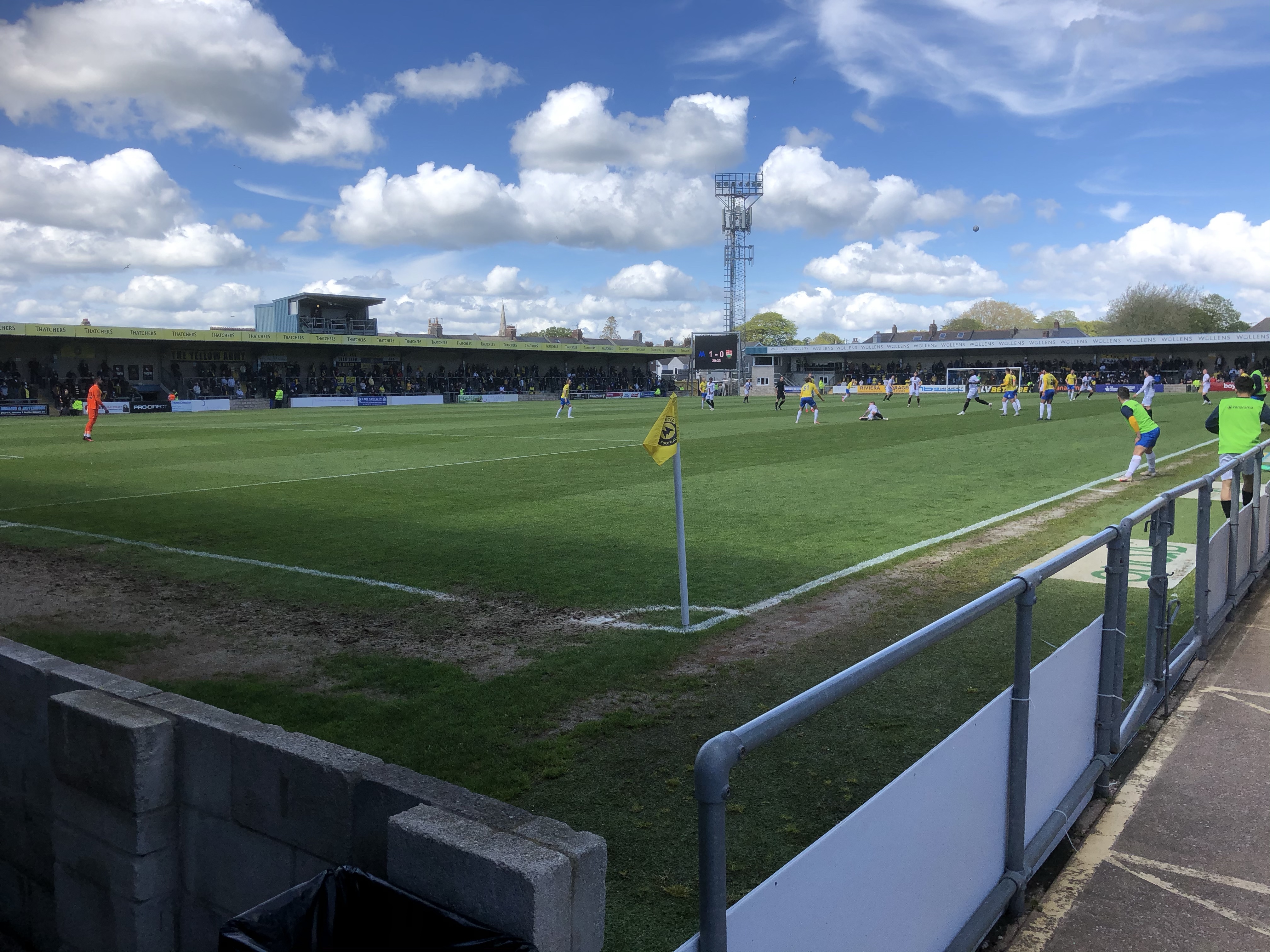