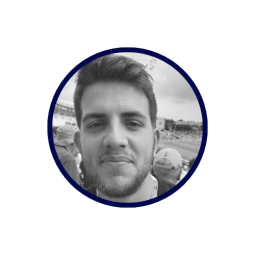 Since Danny Wright’s injury, we’ve never settled on a replacement. Josh Umerah, originally brought in at the start of the season to be his deputy, has produced varied results. Since joining on loan from Crystal Palace, Rob Street has struggled to impose himself. Those two both lack the experience and nous that Wright has in droves. Billy Waters has got himself on the scoresheet a few times, and while he’s got a few more games under his belt than the youngsters, is obviously a very different style of player to Wright and can’t be expected to play a target man role. The less said about the 4-6-0 experiment against Altrincham the better. Missing Wright hasn’t been the sole reason for our uncertain 2021, but it’s a significant one.

Now we’ve got someone else through the door. On paper, Scott Boden ticks boxes that nobody else does. If we see Danny Wright as the archetypal centre forward for Gary’s current system, with and his main characteristics being a) experienced and intelligent; b) scored goals at this level and above; c) being suited to a target man role and has good hold up play, then Boden fits the bill better than most. We’ll get to that.

Boden was born in Sheffield and spent his youth career with the Blades. After a brief loan spell in Finland, he moved to the more familiar surroundings of Chesterfield, for whom he played 105 times, winning League Two in 2011 and the trophy that I shall always call the Johnstone’s Paint in 2012. Following his release in 2013, the striker signed for Conference Macclesfield, where he had been briefly on loan in October 2011. Here, he entered the nomadic era of his career – spending exactly one season at Mac, Halifax, Newport, Inverness, and Wrexham.

Having scored eighteen times for the Silkmen, Boden moved to Halifax where his goal tally reached double figures again and earned him a return to League Two with Newport County. Thirteen goals there got him a move to Inverness in the Scottish Premiership, before dipping back south of the border for a season at Wrexham, then most of one at Gateshead, before re-settling at Chesterfield.  He joins us on loan from the Spireites, having accrued another 58 appearances and 23 goals since his return in January 2019.

In Scott Boden's first spell with Chesterfield, between 2008 & 2013, he was a teammate of #tufc assistant manager Aaron Downes and also of Lee Johnson – Gary's son, now in charge of Sunderland – whilst he was on loan with the #Spireites in the 2011-12 campaign. #NonLeague

Boden has scored 97 league career goals (114 in all competitions), all of them at this level or above, including 21 in the 2018-19 season. Whichever way you square it, that’s a decent goal return, especially for someone whose game is about more than just sticking the ball in the net.

I’d like to thank the Johnson brothers for signing Scott Boden, chiefly because it makes the job of writing this profile so easy. You try assembling a highlights package for Max Sheaf. I’d like all of our future signings to have to pass a vetting process by having at least five suitable YouTube videos to choose from, please.

What’s even better about Scott Boden is that someone appears to have compiled every single one of his goals from 2015-2020 so you don’t have to. Either this guy is absolutely obsessed with our new centre forward, or “SamPageVideos” is actually Boden himself under a pseudonym. Either way, it’s great. Soundtracked by some truly awful dance music, you can watch Boden notch delightfully in front of the Big Bank at St James’ Park, for Wrexham in a blizzard, and against us thanks to some unfathomably bad defending/goalkeeping.

Here’s a video of Boden scoring a hat-trick for Macclesfield against Hyde (they all count!). One finish from a tight angle after some awful goalkeeping; one lovely dink over an awfully-positioned goalkeeper; and one penalty (they all count!). This video is made by the commentary, which includes the following two phrases: “Oh, we’re back on air” and “What’s going to happen?”. Splendid stuff.

And here he is getting scared by a wasp. [Insert here – some sort of dreadful joke about him hopefully not being as scared of Barnet].

Playing Style and Where He Fits

I’m not sure Boden is an absolutely natural target man. On Transfermarkt, it says he’s 6ft1, but that looks like the height he’s got on his Tinder profile rather than his actual size. Nonetheless, he’s definitely bigger than Waters and has plenty of experience so I’m sure he’ll feel better suited to that role than anyone we’ve currently got at the club

From the highlights you can see that the vast majority of his goals come from inside the box, and a good proportion are proper poacher’s goals from close range. You’ll have absolutely no quibbles from me about that: we’ve not scored many of late and Scott appears to have a real nose for being in the right place at the right time.

Boden made a brief debut on Solihull at Tuesday but barely touched the ball, such were the conditions and the state of the game. He is also cup-tied for Saturday’s Trophy trip to Woking, so won’t feature there. But after that, unless Waters or Umerah or Street break all sorts of goalscoring records at the Laithwaite Community Stadium, I’d throw him straight into the XI.

When we first announced his signing, I was relatively pleased about it. Now that I’ve spent time researching and watching his highlights (with the usual caveat about highlights packages not always being representative), I think this could be a really good acquisition. 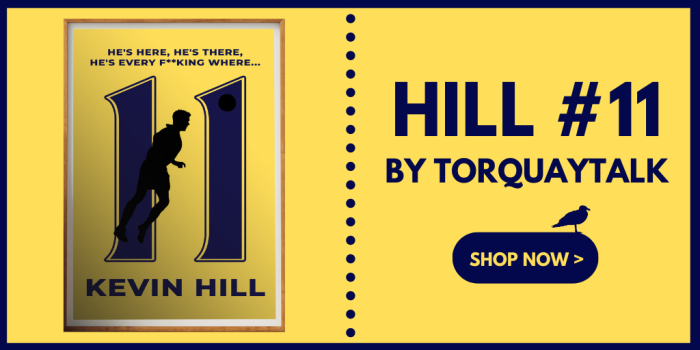