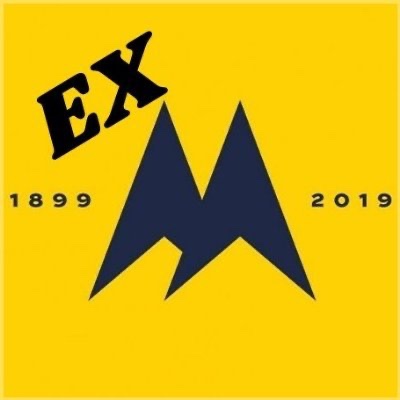 January has been a busy and uncertain month in football, with the transfer window open and seeing a few ExGulls make moves, to the uncertainty on how the National League will continue going forward. Today we’ll be looking at how one ExGull stopped winning dominance at Anfield, to a few games where ExGulls got themselves onto the score-sheet!

The former loan signing from Plymouth Argyle scored his 100th professional goal in January, netting from the penalty spot against non other than the English Champions! Barnes, who has only scored once before this season in the league, ended Liverpool’s unbeaten 68 game run at Anfield. Whilst at Plainmoor, Barnes failed to score in 6 appearances!

The Welsh international was back on the score-sheet for Cardiff City after an injury hit December, scoring equalisers in 2 different games against Barnsley F.C. and Cardiff City. The Bluebirds who recently appointed Mick McCarthy as manager, hope to push up the table after a worrying run of form over the Christmas period, which lead to the dismissal of Neil Harris.

Jayden Stockley is the first player we’re touching on who’s made a move this January, a temporary one of that. The striker has swapped Championship Preston North End to join League 1 promotion hopefuls Charlton Athletic. He scored his first goal for the Addicks but couldn’t prevent them losing the game 3-1 to fellow play-off contenders Portsmouth F.C.

Talking things Pompey, Marquis found the back of the net twice in January. With goals against Fleetwood Town and A.F.C. Wimbledon, he’s still showing why he’s one of the best strikers in League 1, with only Luke Jephcott (Plymouth Argyle – 14), Jonson Clarke-Harris (Peterborough United – 13) and Charlie Wyke (Sunderland A.F.C. – 12) having scored more than him this season.

John Marquis during this season for @Pompey 📈

Another loan move in January saw defender Robbie Cundy join Steve Evans’ Gillingham F.C. on loan until the end of the season. After impressing at League 2 leaders Cambridge United, Bristol City opted to end his loan Abbey Well Stadium to move up to League 1.

If Reidy scores, Mansfield Town win seems to be the way at Field Mill this season. With the third goal against Oldham Athletic, which turned out to be the winner and the only goal against bottom of the table Southend United, Reid seems to have climbed the striker hierarchy under Nigel Clough after former Premier League striker Nicky Maynard joined Newport County on loan. Since Clough took over, no team has won more points then Mansfield Town in League 2 and it has given the opportunity on many occasions for Reid to show what he’s made off!

Bowman managed to get onto the score-sheet again for Exeter City as they kept their play-off push going with the third goal of the game against Stevenage F.C. Bowman has now scored 10 goals this season with only Matt Jay matching his goal tally for Matt Taylor’s side.

At the beginning of the month it was confirmed that Saikou Janneh would be returning to Bristol City from his loan spell at Newport County, having  scored twice in 12 appearances. The most notable moment of his loan spell was scoring his first Football League goal in a 1-0 home win against Tranmere Rovers.

The midfielder returned to A.F.C. Bournemouth from his loan spell at Scunthorpe United. Vincent hasn’t featured for the League 2 side since a 5-0 defeat at home to Cambridge United in October. He swapped the south of the Humber Bridge to join Walsall F.C. just off the M6 on loan, where he made his debut in a 3-1 win away against Port Vale.

Lloyd Kerry was sent off for Harrogate Town within 13 minutes of coming on in their clash against Cambridge United after receiving a second yellow card. Cambridge United ran out 2-1 winners.

Another ExGull who saw red was Joss Labadie. The midfielder has seen more yellow cards then any other ExGull this season, but against Oldham Athletic he saw his first red of the season.

A permanent move for former defender Cargill, as he joined Forest Green Rovers on an 18-month deal from Milton Keynes Dons. Cargill who’s spent most of this season on the bench for Russell Martin’s side, has made the move with his deal running out at the end of the season. Since then he’s become a regular starter for Forest Green Rovers.

Onto a player who swapped Gloucestershire for Somerset now as Reuben Reid returned to Huish Park after 7 years away with spells at Plymouth Argyle, Exeter City, Forest Green Rovers and most recently Cheltenham Town. Reid scored 5 times for Cheltenham this season, but has returned to Yeovil Town for first team football where so far he’s started all 3 games, at the time of writing.

Joe Quigley was on the score-sheet 3 times this month, but we’ll get onto his brace shortly against Dover Athletic. The striker has been a bright spark in what has been an underperforming season by Yeovil Town’s standards. With 7 goals in 13 games he’s become quite a signing for the Glovers.

The 30th January at Huish Park felt like only ExGulls were allowed to score as Yeovil Town ran out 3-1 winners. The visitors Dover Athletic took the lead after 13 minutes via Adebayo Azeez who score his third goal of the season. Just before the break Joe Quigley equalised for Yeovil as the sides went into the break level.

7 minutes into the second half, Quigley scored his second of the afternoon to put Yeovil into the lead. Later in the half, Reuben Reid came off and was replaced by Rhys Murphy, who within a minute of coming on scored the third to secure the points.

At the EBB Stadium two ExGulls scored in January. Josh Rees scored what turned out to be the winning goal for Aldershot Town as they beat Wealdstone F.C. 4-3.

Another player who scored for Aldershot in January was Jamie Sendles-White who bagged his first goal for the club since joining in the summer. Yet again it was a pivotal goal during the game as the equaliser turned the game in Aldershot’s favour beating Barnet F.C. 2-1.

What a finish to grab your first goal for the club! ⚽️

You sure you're not a striker at heart, @j_sendles_white? 😉

Another move, this time within the National League as Krystian Pearce left Solihull Moors at the beginning of the month after his contract had expired. During his time at Dansom Park he scored twice in 9 appearances before signing for Boreham Wood where he made his debut against Torquay United in their 4-0 defeat in the F.A. Trophy.

Josh McQuoid netted the winner for Weymouth F.C. as they beat Hartlepool United 1-0 at the Bob Lucas Stadium. This is the first time this season that Weymouth F.C. have won when Josh McQuoid has scored, with his other goals coming against Torquay United, Wrexham A.F.C., Dagenham & Redbridge and F.C. Halifax Town.

Luke Young is the man to take penalties at the moment, scoring twice in January. The midfielder stepped up to score against Dover Athletic and Chesterfield F.C. and increase his goal tally to 4 goals this season.

At the time of writing the National League North/ South are due to restart this weekend but with it potentially ending within a matter of weeks. One player who would probably like to continue is Ashley Hemmings who’s currently Kidderminster Harriers top scorer this season with 6 goals, his most recent strike coming from the penalty spot against Josh Gowling’s Hereford F.C. side in a 1-1 draw.

Alex Fletcher has made the step up to the National League South to join Bath City after a successful spell at Tiverton Town. The former Plymouth Argyle youngster scored on 9 occasions before Tivvy’s season was halted and moved to Twerton Park when the opportunity to play football again came around.

Jazzi Barnum-Bobb is one of three players who’ve seen red in January with his dismissal coming up against National League South strugglers Braintree Town. It didn’t help the current league leaders, as they were already 2-0 down. Despite playing the remainder of the game with 10 men they did score a penalty but lost the game 2-1.

The experienced striker is still performing well at Maidstone United. Rendell managed to score the winning goal against Eastbourne Borough as they ran out 3-2 winners. Maidstone only sit 4 points off the play-offs at the time of writing.

🥅 Another month with @charlieseaman99 leading our goalscorers chart! He is joined by Scott Rendell who netted his 5th Vs Eastbourne.@juanluque also reached 5 goals before his move to Weymouth 👏🏼

Another game which was heavy with ExGulls on the score sheet was the F.A. Trophy tie between Oxford City and Haringey Borough. Former winger Bobson Bawling gave the London side the lead after 11 minutes before Oxford City’s comeback, which started with Joe Oastler’s goal before half time. Two more goals came before Elliot Benyon secured a spot in the Fifth Round where they host Peterborough Sports.

Rhys Healey won his first personal accolade since joining French side Toulouse F.C., claiming the Ligue 2 player of the month award for December. The Welshman scored 6 goals in 5 games and continued to score after his injury away to Auxerre. His last minute penalty wasn’t enough as they lost 3-1.

Jackson Longridge parted ways with League 2 side Bradford City to return to the Tony Macaroni Arena. Just like Baily Cargill, his contract was expiring at the end of the season and spent most of the season on the bench. He made his first start in a 2-0 win over Aberdeen F.C. to close the gap in the top half of the Scottish Premiership.

Another player who’s moved to Scotland in January is Andre Wright. After 18 months in the Republic of Ireland with Bohemians F.C., scoring 13 goals in 27 games, he’s made the move to the Scottish Premiership making his debut for Ayr United in a 4-1 win against bottom of the table Alloa Athletic.

Elsewhere in the Scottish Championship, Manny Duku scored from the penalty spot to help Raith Rovers beat Hearts of Midlothian. Raith currently sit in the play-offs behind Hearts, who seem to be running away with the league and Dunfermline who they only sit 3 points off.

In Italy, attacking midfielder Amrit Bansal-McNulty returned to his parent club Queens Park Rangers from Serie C side, Como F.C. 1907. He only managed 4 appearances in Lombardy before returning to West London.

The beginning of the month saw the death of former defender Clint Boulton who passed away age 72 whilst playing a round of golf. He played over 286 times for the Gulls and won the 1976-77 Torquay United player of the Year. After retiring he set up a successful blinds and awnings company. 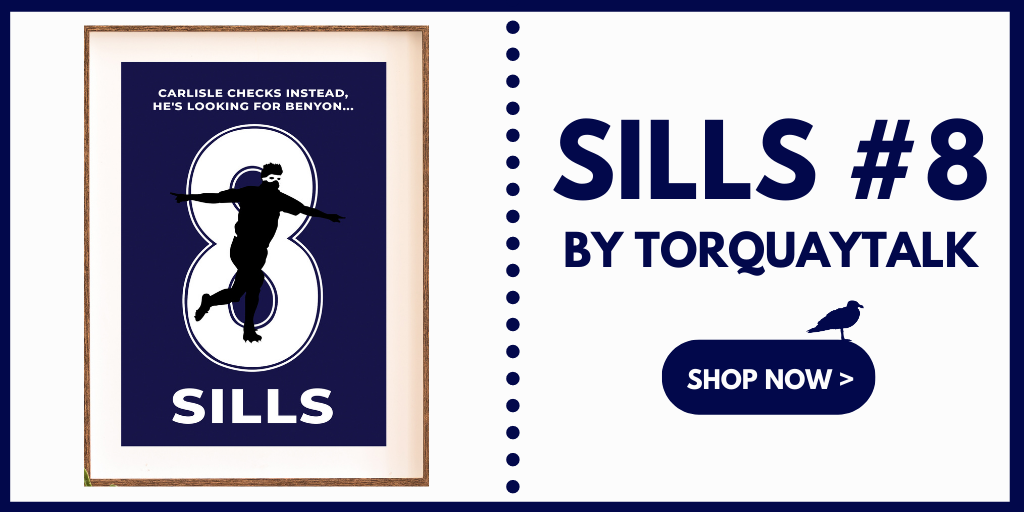