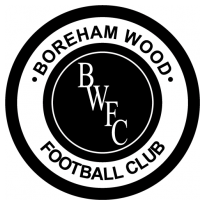 Little did we know when we left the Hive Stadium on Tuesday March 3 that we would not watch another National League match in the flesh until December. Boreham Wood had just played out a 2-2 draw with local rivals Barnet, gaining another vital point in their bid for a play-off spot. We would take part in the play-offs eventually, but from this point on, the new normal was about to make everything abnormal.

Obviously we had all heard of this new Covid-19 virus that was sweeping across the world. But it was hard to know what to believe. Was it “just the flu” as many were arguing? Should we seriously be worried about this? Judging by the amount of men actually taking the time to wash their hands in the toilets at the Hive, you at least knew that people were listening to our government. Soon we would discover the full extent of the virus.

With football stopped and the country put into lockdown (part one) all our lives changed. I was lucky to be able to work from home, although the isolation felt through this has been hard. Soon, all those things that you had taken for granted disappeared; trips to the pub with your mates; visiting your parents; going to the football every week. Some may feel that the last point is not worth worrying about. Yet if it is part of your life, part of your routine, then football does matter.

Yes, football isn’t that important when you compare it to the real world. But someone wrote in lockdown that out of all the things that don’t matter, football matters the most. Do not underestimate the escape football gives to people, how it can help your mental health – even if your team are losing most weeks – and the feeling of being part of a community when you get to watch matches week in, week out.

I used to go to Arsenal matches most weeks. In the 1999/2000 season I went to every league match; it was the year before I got married, so it felt like one last attempt at achieving this. Then children arrive in your life and your priorities change, your money vanishes, and finding time/money to go to Arsenal became harder and harder. I managed to catch matches on the television and get to the occasional game. But the expense of attending matches – tickets, travel, beer – was hard to justify when you have a young family.

But there was a way out. As my son got older and he started to get into football, I thought I could take him to some matches. We went to a few Arsenal games, but the cost was still quite limiting. And then the idea hit me: I could take him to a non-league match. Picking a Boreham Wood fixture at the end of the 2014/15 season – my grandparents used to live there, and my parents met there – we were lucky that the first game we attended would be the Conference South play-off final win against Whitehawk.

We immediately felt at home when we stepped into Meadow Park. Some may have a low opinion of Boreham Wood, but speaking personally we have always felt welcome, and we decided to try and go to a few more matches the next season. The 2015/16 campaign was a struggle, understandably so, as the Wood had never played at this level before. When manager Ian Allinson left shortly into the new season, the chances of 30-year-old rookie manager Luke Garrard keeping the club up looked slim.

Somehow the Wood pulled off a great escape in the final three matches. Wins over Aldershot and Guiseley were followed by my first away trip to Welling, and a 3-0 win kept the Wood up. A season of consolidation followed, and in 2017/18 the club continued their progress by making the Wembley play-off final and beating Blackpool in the FA Cup. Defeat in the play-off final against the 10 men of Tranmere was a crushing blow, but the memories, such as that unforgettable semi-final win in the blistering heat at Sutton will live with us forever.

By this time, we had made the commitment of purchasing season tickets. My mum had also joined us, and the three generations started to enjoy Saturdays with occasional midweek trips to Meadow Park and other grounds, sharing so many funny/happy/frustrating/enjoyable moments along the way. As an exercise in bonding, it takes a lot of beating.

The hangover of the play-off defeat, and a lot of departures from the club, rolled on to the 2018/19 season. The club finished just above the relegation zone, yet slowly Garrard began to build his squad, ably assisted by chairman Danny Hunter. Reaching the play-off semi-finals in 2019/20, hopes were high as the new season started. A busy summer saw Nathan Ashmore, Zaine Francis-Angol, Gus Mafuta, Corey Whitely, Shaq Coulthirst, and Matt Rhead come in, and defenders Jamal Fyfield and Femi Ilesanmi sign new contracts.

We managed to get to the away friendly at Wingate and Finchley in September. To be honest, I had a feeling that crowds at football matches would be unlikely as the new season kicked off in October. I’m glad we did go to that match, as it would be our last until December. The 2020/21 season would be different. Matchdays would now involve us paying for a feed (for away matches), but at least our season tickets allowed us to watch home fixtures.

At first I was just happy that any football was taking place. But then came the feelings of sadness. I’m glad we could watch the games, but it just wasn’t the same as being there. There is nothing we can do about this of course, and staying safe is obviously the most important thing. But getting used to the new season was unusual.

Logging on to feeds and hoping that they were decent was the first concern. Wrexham were trialling a new automatic camera that was trained to follow the ball (it didn’t always). The first half of the Hartlepool match was a nightmare (in fairness, Hartlepool handed out refunds). But in general, the experience has been fine.

I was trying not to get my hopes up too much for the new season. But after reaching the play-offs and with the additions to the squad – during the campaign, Ryan Huddart and Junior Morias would also join – I had every reason to be cautiously optimistic. However, a slow start to the season made me wonder if I had my head in the clouds, even though I kept telling myself that the previous year had started in similar fashion and we still reached the play-offs.

Away defeats at Wrexham and Solihull – the latter against ten men – were disappointing. But it was the home reverses against Dagenham and Redbridge and then Altrincham that were concerning. Things weren’t clicking, and it looked like we were struggling to break teams down. With Kabs Tshimanga upfront there was definitely the firepower to propel the team up the table. But tactically Garrard had to tweak things.

The wing back system we use has served us well. But it didn’t feel that the right pieces were being placed into the formation. Garrard then moved Sorba Thomas into the hole behind the front two, selected the naturally left-footed Angol at wing back, and with Keiran Murtagh also returning to the team and forging a fine partnership with Mafuta. The corner was turned.

Wins at Hartlepool and Notts County followed. Thomas, a product of the PASE Academy, excelled in his new role. Sadly for us, Sorba has just moved to Huddersfield. But you can’t hold back a talent like that, and you actually take a little bit of pride in the fact that he will soon be playing in the Football League. I worry about the team now that he has gone, but I’m sure Luke will have something up his sleeve.

🙌 #htafc has completed the signing of @SorbaThomas from @BOREHAM_WOODFC for an undisclosed fee!

🤝 He has agreed a contract running until the summer of 2024, at which point the Club has the option of a further year’s extension.

The wins kept on coming. A dramatic 3-2 win against Aldershot was made that little bit better by the fact that we could actually go to that match, before the latest tier/lockdown measures were put in place. The 3-0 derby win over Barnet was a great start to the new year, and although the team didn’t play very well away at Dover, at least we got a point out of the match, although Mafuta’s red card will lead to a suspension.

This season has also seen the current squad create history. Reaching the FA Cup third round for the first time in the history of the club, they may have fallen short against Millwall, but it was exciting to see the team progress that far. In truth we were outclassed, which is hardly surprising, yet with a little bit of help from the referee – who should have given one of their players a second yellow – it may have been interesting.

A cup run is always exciting. In reality that normally means the FA Trophy, so you can probably understand my frustration at drawing Torquay in the fourth round. I know you will probably not be happy with the draw either, but of all the teams to be paired with, Torquay was not top of my list. Normally I’d be happy with the home advantage, but it’s a bit tricky to work out whether that matters in the current climate?

My mind does go back to the 2018/19 competition, when the teams met at Meadow Park. It was a wet and windy day and although Torquay were in the National League South, the team played well, and you knew that they would go places under Gary Johnson. In fairness to you, the referee that day did not help your cause, sending off two of your players and even in our eyes he looked like he was favouring the Wood.

The situation is a bit different now, though. You’re absolutely flying, and it will be a major shock if you don’t go up. I’m just hoping that you will see the FA Trophy as a hinderance, but that is probably wishful thinking on my behalf. I think it will be a close match, and I really wouldn’t be surprised if it went to penalties. Hopefully if this happens then we can call on our experience of the penalty shoot-out against Southend this season to get us through. But I know you won’t share that hope.

I’ve written a few preview pieces for your website now. I just hope that one day, when all this mess is over, we can meet up at a Wood-Torquay match for a chat and a couple of beers, although if you go up then the only way to do that would be for the Wood to get promoted too (or meet in the FA Cup). Good luck for the rest of the season – apart from your matches against the Wood – and I hope you and your readers stay safe and well.