“This new rule signifies both radical change and depressing continuity”

People have spoken a lot throughout the pandemic about the “new normal” we’ll find ourselves in when it all calms down. Football has seen changes to its rules to accommodate its return, rules that mostly purport to protect players from injury since the fixture list is tight and the pre-season has been limited. This is fine. The introduction of drinks breaks and extra substitutions are OK in these circumstances, at this time, with this justification.

However, while the drinks breaks are to be – rightly – canned, it was announced yesterday that the five-sub rule will remain in place for next season. The continuation of this rule will, as far as I can see, be a threat to the fairness and entertainment value of football, making the rich clubs richer to the detriment of fast, counter-attacking football and intricate individual battles.

The first issue with this change to the rule is, as has been widely documented and argued, that it benefits the richer teams. Clubs who can afford deep squads with outstanding talent on their benches have the ability to make widescale tactical changes mid-game.

Liverpool’s recent win over Villa is a fine example. It was 0-0 after an hour, then Klopp brought on two of the league’s best midfielders (Henderson and Wijnaldum) and one of the best forwards in the world (Firmino) and waltzed to victory. Had Liverpool only been allowed to make three substitutions, there’s no way The Baden-Wuerttemberg Buckle would have made all his changes in one go and risked being down to ten men if someone had picked up an injury. Meanwhile, Dean Smith had to rely on the fabulously named but perennially goalless Mbwana Samatta to change the game. He didn’t.

The example of last season’s FA Cup final, where second-half sub Kevin De Bruyne won man of the match as City swept aside a flailing Watford, is perhaps stronger evidence that having world class players on the bench is as effective as having them on the pitch. The point here is that, if a game is 11 Vs 11, or 14 Vs 14, then the smaller clubs have a decent chance of holding out. If the future of the game is a 16 Vs 16 affair, then richer clubs will invest in broader squads with more ridiculously good players in reserve.

Instead of Liverpool V Villa being a game between 11 excellent players and 11 alright ones – where if a few of the excellent players had an off-day they might lose – it becomes a game between 16 excellent players and 16 alright ones, and the excellent players having an off day can be replaced by other excellent players. There’s a slippery slope here, at the bottom of which is a dystopian future where the top teams collate hordes of incredibly gifted players and as one set come off, another come on, and the weaker teams are left powerless to this relentless onslaught of economic and footballing dominance. It becomes an American Football style game, with hyper-specialisation and matchday squads of fifty. Maybe this is an exaggeration, but the basic result of allowing five subs is that the team with more really good players is more likely to win, and football’s gap between rich and poor is widened further.

The reasonable retort to this, of course, is that a team defending resolutely – perhaps clinging onto a fortunately acquired lead against a superior team – can also bring on fresh legs, can close down the opposition more effectively, and can threaten on the counter more often. This is fair, but the benefits of bringing on a fresh-legged defender may be outweighed by the time it takes for him to become accustomed to the pace of the game.

Even if that’s not the case, this many substitutions also prevents one of the game’s greatest sights: a quick, skilful winger tormenting a tired fullback. If teams are allowed to replace all or most of their back four, then we wouldn’t see scenes like in recent years at Plainmoor where portly defenders would be run ragged for the whole game by Kalvin Kalala or Ben Whitfield. Or, a bit further back, the torture of watching Jermain McGlashan make mince-meat out of Everyone’s Favourite Tyre-Flipping Ex-Left Back. Football is a ninety-minute game and we should, as much as possible, preserve the spectacle of ninety-minute battles between individuals.

Another issue with the five subs rule is that it necessarily encourages the proliferation of the tactical foul. That is, cynically hacking down an opposition player, taking a booking “for the team”, and preventing a potentially dangerous counter-attack while allowing your teammates to regroup. I don’t have as much a problem with this as some – in fact I think shithousery very much has its place in football – but I don’t think we should be introducing rules that further encourage it.

If a manager has five substitutions to play with, he can instruct his players to commit these fouls in the knowledge that he can take them off if they’re given a yellow card, and the replacement has a clean slate to commit a similar offence. The result of this is games without flow, where at least ten counter-attacks per game can be stopped by professional fouls without material consequence, and ultimately teams are rewarded not for pacy, exciting surges but for turgid, unpleasant football.

It’s about time I provided some balance. There is one benefit, as far as I can see, with allowing more substitutions in the long-term. That is, that it might encourage teams to take on a Bielsista fast, expansive, quick-passing and pressing game in the knowledge that half of the outfield players can be replaced with fresh legs. Bielsa has, at the time of writing, won nothing in his decade of coaching in Europe. That is not through a lack of genius – he is credited by Guardiola and Pochettino as the best coach ever – but rather because he is exhausting. His players tend to burn out over the course of a season, in part due to the fact that only three of them can be rested as a match winds down.

Perhaps, if he had been blessed with the opportunity to make five substitutions every game, he’d have had more success as his players could have shared the workload. Maybe a long-term impact of allowing wholesale mid-match change, wholesale resting, is a noticeable shift in the tactical hegemony where the top teams play even faster and at an even greater intensity than they do now, which must be good for the game. This is a big maybe, though, and the main positives seemingly only exist in the long-run, and are outweighed by the rule’s flaws.

We’ve spoken a lot about how things will change during and after this pandemic. This new rule signifies both radical change (and a radical number of mid-match changes) and depressing continuity. Managers can make more subs now, but one thing that won’t change is the influence that the most powerful clubs have on the game’s governance. And, because this new rule disproportionately benefits them, it’ll inevitably stay in place. 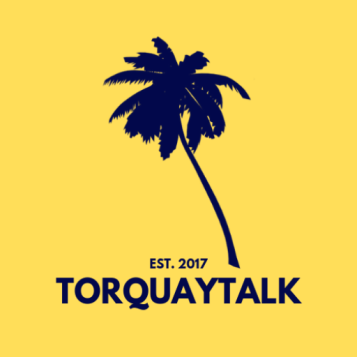 One thought on “Everybody’s Changing: Why The Five Sub Rule Is Too Much Change”