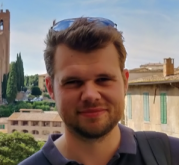 It’s the summer of 2016 and there’s certainly much more optimism about Plainmoor than this time last year. The last few months of the 2015/16 season brought some much-needed and sorely-missed joy back to Plainmoor after a few years of increasing misery.

This is Kevin Nicholson’s first full (and last as it unfortunately turns out) season as manager. He had done incredible work in not only saving the club from relegation in 2015/16, after arriving at what was a sorry state of affairs in late 2015, but also signing some excellent players and going on a fantastic run of results from February onwards.

Probably best not to get too excited though. Dan Butler and Angus MacDonald are gone, and the club is still owned by the well-meaning but financially limited board headed by Dave Phillips, indeed they rejected an offer from some company called Gaming Internation in July to buy the club. Phillips et al were concerned that GI were too focussed on acquiring the freehold of Plainmoor, can’t imagine why they’d think that?

With no sign of fresh investment on the horizon, and no money available from the sale of Angus MacDonald for reinforcements, Nicho was forced to acquire players on the cheap, saying “Some of the lads, it was probably very very unfortunate that I couldn’t offer them anything – with a bigger budget things might’ve been a bit different.” Let’s see who he came up with.

Signing on loan from Fleetwood and keeping five clean sheets in the final 12 games of the season after Dan Lavercombe went the other way up the M6 to Wigan, Moore quickly became a popular figure at Plainmoor. Proof that Nicho knew how to spot a good player, he wasted no time in trying to procure the American’s services again for the new season after he was released. Upon signing, Nicho said he didn’t think Moore would stay for long. He was right, with Moore signing for Rochdale the following season. I always remember him as being almost too good for us at that time when so much of the club was in turmoil. One of the best signings of the summer.

Replacing Dan Butler was always going to be a big ask for any player. One of the stand-out performers in the previous season who Nicho said the club had offered a “very good contract” to tempt him to stay. All to no avail though as Butler left for Newport in the summer. His replacement was familiar to all of us, having acted as back up left-back earlier in the decade. LRT played every minute of the season ahead and improved gradually as the year wore on. Unspectacular but he played in between Dan Butler and Liam Davis, who are two of the best left-backs in the club’s recent history.

I said that Brendan Moore was one of the signings of the summer, Sparkes was certainly the other. Nicho summed him up pretty much perfectly upon signing as “He’s very quick and direct, plus his delivery into the box is very good.” A player who I’m not sure how we managed to sign at the time, and who many Gulls fans would take back right now, Sparkes quickly established himself as a real hit amongst supporters and would win Player of the Year at the end of the season.

Starting his somewhat stop-start Torquay career after earning himself a respectable reputation as a striker with an eye goal in the National League, I was quite excited when Brett signed. He chipped in with goals but rumours of a rift with Nicho always seemed to be in the background. My best memory of him that season are his two goals and an assist at the penultimate home game against Braintree and giving the ref and linesman an earful during his first celebration after having an earlier goal ruled out. Who’d have guessed that his Torquay career would ascend to the dizzying heights of captaining the side in the NLS?

With money tight, Nicho took a chance on a former Manchester United youth player. McGinty joined Torquay after drifting around a variety of clubs in the preceding years and has the honour of being the last player that Sir Alex Ferguson released.

Nicho viewed MicGinty’s signing as a chance to get his career back on track. In the end, he was proved right, with McGinty played every game of the coming season and being awarded the Young Player of the Year award. His second, rather poor season not withstanding, going on to play in the SPL and Scottish First Division surely counts as getting your career back on track.

Having just one goalkeeper on the books, Nicho needed another and signed the Gibraltarian number two, Jamie Robba. He didn’t play a minute of competitive football for us and now plays back on the rock, for St Joseph’s FC. Interestingly, Robba might be the only player to have played in the Europa League. In July last year he was in goal against Rangers at Ibrox. It didn’t go well, conceding six goals.

Another familiar old face from the same period as LRT, Lathrope returned to Plainmoor after a break of two years. His time at Aldershot was mostly successful but was blighted by injuries, something that would continue for the rest of his career. Lathrope made 24 appearances throughout the course of the season but injuries continued to be a problem, ruling him out for long periods.

Just as replacing Dan Butler was a tough job, so too was find a new centre-back after Angus Macdonald was sold to Barnsley shortly before the season began. Gallifuoco had the “will to succeed” according to Nicho and was a player with considerable potential. I remember him never being immensely well thought of amongst fans but he was a first-team regular who played 35 games during the season. He’s another Nicho signing who went on to greater things eventually, going back to Australia in 2018, playing in the A-League for Melbourne Victory.

Usually in the starting XI for his relatively short time at Plainmoor, Joe Ward was on loan from West Brom and like many players, his Torquay career wasn’t massively interesting. However, a potential or partial explanation for that may lie in his retirement from football in May 2017 after a brief spell at Carlisle. Ward said that his heart wasn’t really in the game and that feeling had been building for a year or so. 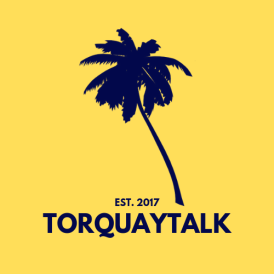 Check out the Fan Hub – A free app that provides real rewards for real football fans.

One thought on “The Summer Incomings 2016 by Matt Roberts”

We have missed this feeling. A commanding clean sheet for @shaun_macdonald on his return. Every player did their bit today. Have a great weekend Yellow Army💛
A 2-1 defeat to Solihull Moors leaves us 20th place after 6 games. What changes would you make for Saturday's crucial game?
Sum up today's disappointing defeat in 3 words👇. That is now 14 goals conceded in 5 games for #tufc
Four games in, and what a rollercoaster already from doom and gloom to jubilation and back. This is Torquay United why should we expect any different! 💛🙂
Back to winning ways last night. We needed that! 💛
Being back at Plainmoor was amazing this week. What a club 💛💛