“I am back with the 3rd edition of TUFC Top Trumps as we tackle 5 ex-Gulls beginning with C (from the modern United era). Check out the panel’s scores below…” 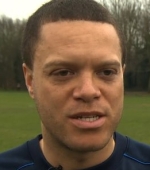 Profile – Canoville was released by Arsenal in 2001 and found a new home at Plainmoor under Roy McFarland. The tall and unassuming full back became a regular in the side under McFarland and then Leroy Rosenior, with his solid defence and enthusiasm for an overlap making him an important figure in the 2003-04 promotion season. His last campaign at Plainmoor was a difficult one in League 1 and he was released by Leroy in the summer of 2005, joining Boston United. 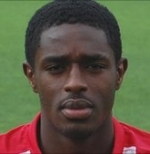 Profile – MD Dons youngster Carayol joined United in 2008 after catching Paul Buckle’s eye in a loan spell at Crawley. Mustapha found opportunities limited originally, with the skilful winger’s style not finding a place in a physical Torquay United team. He was then loaned out to Kettering Town in September 2009, but after injury returned to action for United in Feb 2010 and finished the season with a flourish. This included a spectacular performance in a 5-0 win over Rochdale. Carayol turned down a new contract and joined Lincoln City that summer, going onto have a fruitful career with the likes of Middlesborough and Notts Forest.

Profile – Sam Chaney made his debut for the Gulls as a teenager in 2015 and immediately impressed with his composure on the ball and adhesive first touch. Manager Kevin Nicholson was impressed enough to sign the youngster onto a two year contract in 2016, but after that Chaney only showed glimpses of his potential at Plainmoor – with his final appearances coming at full back during the start of the 17-18. He was then loaned out by Gary Owers to Whitehawk and never played for the Gulls again.

Profile – Leon Constantine joined United on loan from Peterborough at the end of 2004 to help aid them in their battle towards the bottom of League 1. A marvellous hat trick in a Boxing Day win at Brentford convinced Leroy Rosenior to spend a club record 75k on the striker. Leon never matched the heights of that Brentford game and was over-shadowed by Akinfenwa as the 2004-05 season unfolded. After numerous lacklustre displays Constantine was transfer listed in October 05 and joined Port Vale soon after. 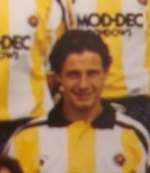 Profile – Chris Curran started his career at Plainmoor as a trainee in the 1989-90 season and went onto establish himself as a valuable central defender during 185 games for the Gulls. He was an important cog in United’s play-off promotion team of 1991, even though Chris did score an unfortunate own goal in the final at Wembley! Curran left to join Plymouth Argyle, and then completed a Devon treble by also representing Exeter City.

*Overall is a % of the full marks on offer in the 6 ratings.

**Games in all competitions as per Torquay Stats.

***Goals in all competitions as per Torquay Stats.