Anyone else a bit bored without football? Yep, me too. I thought I’d pay homage to some of the best loan signings we’ve had in recent times. I’ve decided to go from the 2007/08 season, why? Because it’s my blog and that’s what I chose.

We’ve had some fantastic players come on loan over the years so picking ten was so much harder than I thought! I’m still not sure I’ve got it right. Whether it’s a long-term or short-term impact, I’ve considered talent, impact, record and overall time at the club and I reckon I’ve just about got a top ten with some honourable mentions!

Starting in tenth, I’ve opted for Connor Lemonheigh-Evans. Connor is into his third loan spell with the club now, it almost feels like he’s one of our own. Initially Connor came in under Gary Owers in a season of turmoil that saw United relegated to the Conference South. In 73 appearences he has scored 8 goals, including a wonder goal at home to Woking in his first season, and a crucial goal in the home win against Chelmsford last season. A member of a championship winning squad, ‘CLE’ will always be a part of Torquay United history!

From the same era, we now take a look at our number 11, Jake Andrews. Jake was one of the last Gary Owers’ signings last season as he arrived with Opi Edwards. Andrews, having impressed with a pinpoint free kick in a pre-season appearance for Bristol City against Torquay, made a huge impact at Plainmoor. Jake had the most assists last season and some ten goals, including a hat-trick against Oxford City. Jake signed permanently for the club this summer and continues to be one of the most consistent and reliable members of the squad. 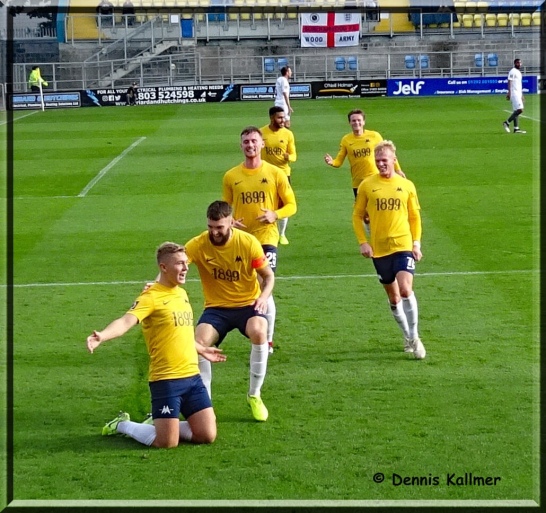 A slight step back in time to 2011 now when Martin Ling signed a fresh faced Billy Bodin on loan from Paulo Di Canio’s Swindon Town. Billy was another player whose loan was made permanent after a joint club record £75,000 was splashed out on the youngster. 5 goals in 17 was an impressive return from a player Ling deployed on the right wing. Once Billy signed permanently, he was part of a struggling team and was carrying an injury that would see him out of action for a while. Moves to Northampton, Bristol Rovers followed before a big move to Championship Preston North End. Billy has also made a senior appearance for Wales.

I’ve always had a soft spot for this man for a brilliant six months at Torquay, signing from Morecambe, he was outstanding in the middle of the park. He only made 19 appearances and couldn’t play in the play-offs due to his loan running out, but he played a huge part in getting the club there. Craig followed Buckle to Bristol Rovers and never really settled after that, becoming somewhat of a journeyman.

In January 2010 Paul Buckle signed big centre half Guy Branston, a signing that wasn’t welcomed initially by fans, but would prove to be inspired. Guy went on to win player of the season the following year as Torquay reached the play off final at Old Trafford, falling to a 1-0 defeat at the hands of Stevenage. The impact Guy had was huge, a proper leader from the back, and taught Mark Ellis a hell of a lot as well!

Jake Robinson is still one of the best impact loan signings I’ve seen at Torquay. Brought in from Shrewsbury, he scored on his debut against Hereford, despite not being allowed to play! Jake only scored 7 in 22 but was played on the left of a front three that propelled Torquay to the play-off final. An eventful loan also included three appearances against parent club Shrewsbury, where in the league game he scored two, and was a victim of GBH from Jermain Grandison. A move to Northampton followed before a career in non-league.

Back to last season, Saikou Janneh deserves a place for his first loan spell at Torquay. As he stated in his first interview with Paddy T, he wanted to score goals for the Gaffa’, and boy did he! 16 goals last season (I think!) helped get Torquay over the line, he got Torquay back in the game at Woking, before you know what happened! One of three players to score a hat-trick last season, his coming at home to Concorde Rangers. His second loan spell this season wasn’t much cop, but he can be forgiven! 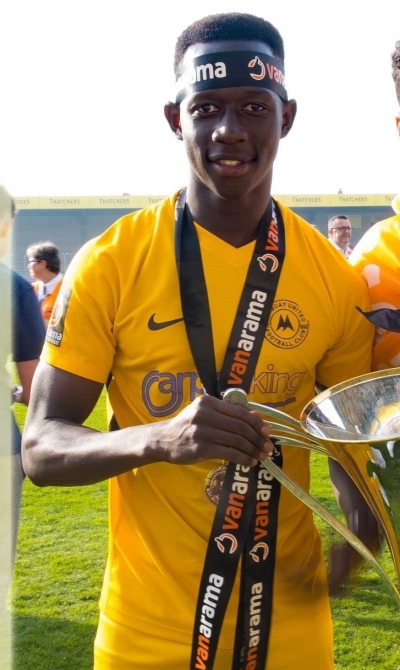 Into the top three now and it gets difficult! I can’t look past Kieffer Moore, four appearances, five goals, a game as captain, a hat-trick at home to Solihull, and definitely missed a chance for Forest Green at Plainmoor on purpose! He’s gone on to play Championship football, lead the line for Wales in their European qualification and he’s still a yellow. A joy to watch, just imagine what he’d do alongside our Reidy…

Smudger. What a player. Nathan, an unknown prospect on loan from Port Vale was arguably our best player in that season behind ‘Gus MacDonald (sorry, Danny Racchi). Not the tallest of centre backs, but a calm player on the ball, tough tackler and determined player, Nathan was a massive fan favourite, and it really surprises me that he’s not playing at a higher level. Still only 23 years old, who knows what he can achieve? He played 39 games and chipped in with 3 goals. He must have only been about 18 whilst playing for Torquay, which makes it all the more impressive.

This will cause debate… But I knew my number one before I started a shortlist. 46 games, 19 goals from playing on the wing, Chris Zebroski I believe is our best loan signing since 2007. He was unstoppable that season, scoring all types of goals. He set up Kevin Hill for his play-off goal against City. When Torquay were back in the league he joined on loan again, scoring 4 in 7, before making the move permanent. Chris was another player to follow Buckle to The Gas, and played the pantomime villain at Plainmoor for many clubs! On his day Chris was unplayable, and if he didn’t have off-field issues, he’d have been a championship player I believe.

It was so hard to leave out a lot of players, including…

Michael Poke – Pokey had three separate loan spells and permanent season at Torquay, but crucially was in between the sticks for the play-off win at Wembley. And made that save away at Histon! 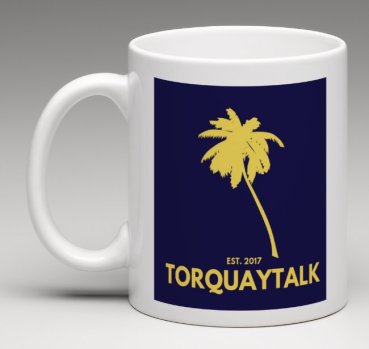 One thought on “Top 10 Loan Signings by Sam Druiff”