The TT Podcast man talks us through the Torquay United player ratings for January 20:

SD – Torquay have started the new decade in steady fashion, one defeat, two draws and a win in the league with a cup exit to Halifax. Following the dismal form of November and December the Gulls needed to steady the ship.

For me, Lucas has established himself as the number one. Following United’s horror show away at Yeovil, Covolan has looked assured. A couple of world class saves away at the Daggers early in the month earned us a point.

Young Jackson has made an instant impact at Plainmoor. With United struggling for back-up on the left side of defence in the absence of ever impressive Davis, it was a position that needed filling. He made his debut at home to Halifax and was the best of an average bunch. Perhaps over-ran the ball on occasion against Ebbsfleet but his athleticism and natural positioning have made him a popular signing thus far.

Much like Cundy, a massive improvement. I really laid into Kyle in my Boxing Day Yeovil verdict and he’s bounced back well. A good game away at Dagenham was the best from him in January. I do wonder where he fits in though, with Warren and Cundy forming a good partnership, with the chemistry they have from the Exeter days (albeit brief!).

Gary has been a revelation since coming in on loan from our neighbours up the road. Many believed the one signing we missed in the summer was an experienced centre half. The back-line has been more disciplined this month, and without Liam Davis’s experience it’s been a welcome addition. Robbie Cundy’s performances have remarkably improved from having some experience next to him and I sincerely hope Warren stays for the season!

Despite not looking the most conventional, Robbie has been much, much better recently. I think a lot of that is down to Gary Warren’s guidance, but credit to him. My man of the match at Dagenham.

A good month for Joe. He’s deputised very well in the right-back slot and his ability to whip a cross has massively improved. I wouldn’t play him above Wynter when he’s back fit but he’s certainly a good option. I would like to see how he’d get on playing centrally next to Warren.

Steady month for Asa, his return coinciding with the losing run ending is no coincidence. Never the player to blow fans away with his skills or earn plaudits, however the structure he brings to the team is invaluable. A very strong game at Fylde proved this.

Steadily getting back into the first team fold, it’s good to see Jake on his way back to full-fitness. Starting the month with a good performance in the left back role at Dagenham followed by midfield cameos. We need Jake back to his best for the run-in.

Those that have listened to Podcast #27 will know my opinions of Nemane. I personally am yet to see any real quality of note and I just don’t see how he fits into a midfield three role. However, I am informed he had an ok game away at Fylde. I think he’s okay as an option from the bench.

Frustrating month for the ‘Welsh Wizard’. He has been far from his best and at times looks laboured on the pitch. I do wonder if after coming back into the team after injury he’s played a bit too much.

Ah Ben, what haven’t we said? I say it a lot, all I ask of a Torquay United player is that they give 100% for the badge, and Ben surpasses that week in, week out. By all accounts a very good performance away at Fylde, including the eventual winner and assisting in the build-up to Reid’s goal with a very brave header.

A relatively quiet month for our talisman. Perhaps the slight change in formation and being more isolated, perhaps he still isn’t quite 100% fit, perhaps the endless January speculation, who knows? A good goal away at Fylde however, and touch of the century on Saturday against Ebbsfleet.

Ruairi hadn’t really featured much in January. A strong game away at Dagenham where he ran the right side and held his own defensively was the last we’d really see him. A shame to see such a dedicated servant leave, but it’s best for both parties. Good luck, Keats.

TT Player of the Month roll-call 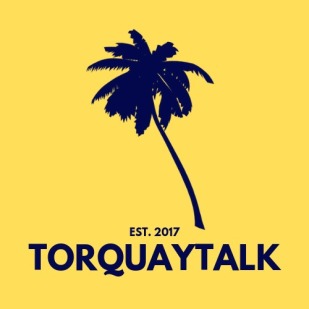