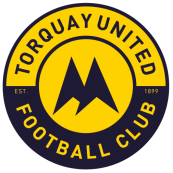 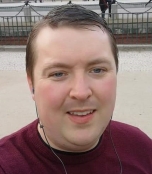 Well…..that was a classic wasn’t it? As in the reverse fixture, Torquay United played out a goalless draw with Dagenham & Redbridge, buoyed by a fantastic 275 away following.

Sadly there wasn’t much for the Yellow Army to cheer about in a game of few chances, where the Gulls hit the woodwork twice, both through efforts from the returning Saikou Janneh, who ended the game on a stretcher.

Dagenham, playing in front of a new manager, started the better. Andrews (filling in at left back) had to clear the ball off the line from a Daggers header.

United couldn’t get a foothold on the game and the action went very scrappy for a while. Reid wasted a chance well wide 19 minutes into the half, but Torquay’s best opportunity fell to Janneh on 38 minutes – unfortunately it was wasted. Played through by Whitfield, he beat the keeper but agonisingly the effort hit the post and rebounded into the arms of Justham. From my view in the away end it didn’t look like he got enough power on the strike.

Surely better things to come in the second half?

It was that man Janneh again who had the best opportunity to break the deadlock, this time hitting the crossbar from a deflected effort. Whitfield was fastest to react but couldn’t force the ball over the line.

Dagenham had a spell of good pressure and Covolan was called upon to make some excellent saves to keep the scores level. Strikes from Quigley & Luque were well saved by the Brazilian.

As full time approached, United pressed forward for a winning goal. However despite a late spell of Gulls pressure and a penalty shout, it was a point to take back to South Devon and a first clean sheet since the end of October. Two poor teams.

Covolan: 8 – Made 3 excellent saves to keep us in the game. Had a few moments where he wasn’t sure to stay or come out to clear the ball from a cross, but overall a very decent afternoon in-between the sticks.

Andrews: 4.5 – Don’t want to be harsh on him as he isn’t a left back, but he struggled a lot in that game. Many passes went astray and he left the centre backs with a lot of work to do when on the defensive.

Cameron: 5.5 – Mixed bag. He almost let Dagenham in the first half with his mistake but he got stuck in there and made some key challenges. Needs some experience alongside him.

Cundy: 6.5 – I won’t lie, I’m not a fan of his, that said that was probably the best game I’ve seen from him this season. He started slow but he got into the game and was challenging for all the aerial balls Dagenham threw at us, winning most of them. Hopefully more to come from him.

Lewis: 5 – First half he wasted two throw-ins throwing the ball out of play. Needs to stop playing short corners and get the ball into the box more.

Keating: 5 – Typical Ruairi. Runs his socks off but today wasn’t his day. Playing out wide isn’t his position. Unlucky not to win a penalty late on, as it looked like he was nudged in the back by a Dagenham player.

Lemonheigh-Evans: 3 – Oh Connor, just not at it at all today. A shadow of the player he was before his injury and he just doesn’t look match fit. Lost the ball so many times and one of my key players earlier in the season made to look very sub-par.

Hall: 5 – Very bang average. 2nd half he looked like he was chasing shadows and probably should have been one to come off. He did make a vital clearance during a period of Dagenham pressure in the second half.

Whitfield: 7 – Created numerous chances for Reid and Janneh, worked hard and you always thought our best chances would come through him.

Reid: 6 – Not his day. A lot of the time he was isolated up front but towards the end of the game he was able to link up with Janneh a bit more.

Janneh: 6 – Hit the woodwork twice but likes to have a good moan at others when things don’t go his way. He ended the game on a stretcher and whether that’s his last game for us or not, his second return to Plainmoor hasn’t been anywhere as good as his first.

Man of the Match: Lucas Covolan

Made three excellent saves to deny the Daggers. I’ve always leaned towards McDonald over Cov as our number one but he did very well today. He was the busier of the two keepers out there and kept us in it at times.

Most of the chances we created came from Ben Whitfield. The strikers normally get all the plaudits for scoring the goals, but you need that player who you can rely on to help create those chances. Ben is that man.

4-4-2, although at times it looked more like a 7-1-2/8-0-2 when we were defending! We played very deep for a lot of that game, which forced Reid to work very hard to maintain possession and create anything upfront. Once we started playing football instead of hoof-ball, we began to apply some pressure towards the end of the game and looked the more likely to score.

Poor, just like us. With a new manager taking over, they started better but after a while it was clear that they could have been there for the taking. Luckily for them we couldn’t take our chances and it appeared that both teams were happy to share the spoils at the end. Their fans I spoke too were friendly and the bar was decent as well. However £21 for a National League game is extortionate, no matter how nice and modern the stand the away fans were placed in. Did well with 275 away fans.

Standard National League dross. The linesman nearest us didn’t want to make any decisions at all. Keating had a good call for a penalty turned away when he was nudged in the box. Lots of ironic cheers from the Yellow Army when a decision went our way. Let a lot go for both sides.

Key Moments: Janneh and the woodwork!

Fine margins decide football matches and boy was luck not on our side once again. The away end was ready to celebrate as Janneh’s first effort looked destined to find the net, only for it to hit the base of the post and rebound back into a relieved Justham in goal. Up until that point we were flat but we did start to find our feet after that near miss. For Janneh to hit the crossbar and us not be able to take advantage on the rebound in the second half, a goalless draw was pretty much written in the stars.

Not sure if it’s a point earned or 2 points dropped. You could argue it’s a bit of both. For us it’s a point closer to that magic 50 mark and a point away from home is always welcome. That said Dagenham did look there for the taking and you’d think at full-strength we probably would have had enough to win.

One thing you can’t argue is that our away support continues to impress, despite the recent form. Nearly 300 at Harrogate, 993 at Yeovil and 275 at Dagenham, the loyalty a small club like ours attracts shows the potential this club has. With the FA Trophy next weekend, it will be interesting to see how the next few weeks unfold at Plainmoor. New signings? Players leaving? Players returning from injury? Let’s bloody hope so!!

Did I just drive 5 hours to watch a 0-0 in cold East London? Yes I did. Do I regret it? Maybe a little #tufc