TEAM OF THE DECADE

The TT team of the decade feature continues. Up next is Ben Currie who discusses right backs: 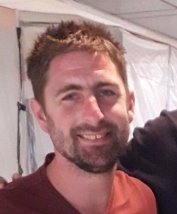 I’ve been stitched up here. Whilst others get to write about Eunan effortlessly drifting past players or Reidy banging them in from distance, I get the short straw as I look back on the position treated with disdain by previous managers, with the likes of Lee Mansell and Aman Verma dropping in from midfield for large swathes of seasons.

Admirable though their work may well have been, full-back is a specialist position and we have had precious little by way of consistency in that position over the years, as this look back should show. Get the kettle on and strap yourselves in..

Our current incumbent, BEN WYNTER, is the best right back we have had for years and a rare tick next to ‘Owers recruitment’. Despite a rocky start to his time at Plainmoor, Wynts really came into his own when Sir Gary Johnson rocked up and switched to a more cohesive back four. After seeing off the non-existent threat of BOBSON BAWLING, Ben barely looked back, becoming an ever-present in the Non-League South as we romped to the championship title. In addition, Wynts has the glory of scoring TUFC’s most iconic goal of the decade: the last minute equaliser/chaos-creator at Woking, it’s well worth mentioning again, isn’t it.

This season has seen Utd experience peaks and troughs and suffer an alarming number of injuries. Ben has been consistent throughout, ever-present again, and has made the step up with ease. Improving with every match, I think Wynts could manage another step up into the league above too. Fingers crossed.

Ben Wynter is the best right-back I’ve seen since JOE OASTLER made the spot his own at the start of the decade. Originally signed as a holding-midfielder who could fill in across the back-line, Oastler was a key part of a defence that set the record for the number of clean-sheets in a season as Martin Ling’s side made winning 1-0 a (nerve-inducing) art-form.

The highly-regarded DANNY LEADBITTER did not get a look in as Oastler grew in confidence as the season progressed and became a vital part of a team that came up just short at the last. A solid professional who went about his job to little fan-fare, Joe was a victim of the Ling-Knill transition of despair as Big Alan backed himself to find a better replacement. It would be a long time before we saw that quiet consistency in that position again.

Step forward DALE TONGE, who, after successful stints at Barnsley and Rotherham, sounded like a brilliant signing. Sadly, Dale’s adventure down south appeared to coincide with him forgetting how to play football. Yet, remarkably, he stunk out my Saturdays for 2 seasons wracking up a largely forgettable 53 appearances as The Gulls made a pig’s ear of staying in the Football League and then an even bigger pig’s ear of trying to get back into the Football League, as the TUFC banter era reached full-throttle. As injuries stacked up, ANTHONY O’CONNOR came in on loan and made a far better fist of defending than his more experienced colleagues

No mention of Dale Tonge is complete without recounting his crowning moment: sprinting 80 yards to take a penalty that we gravely needed to score. Such was the purpose of his run towards the spot, one could only assume that he’d been smacking them ‘top bins’ in training all week. However, it was to absolutely no-one’s surprise that Dale weakly passed the ball back to the goalkeeper with one of the most feeble spot-kick attempts I had ever had the misfortune to witness. Dale stood on the penalty spot with his hands on his head in disbelief as the opposition were free to counter-attack around him. Truly great times.

Greavsie’s patience with Dale soon ran out as DURRELL BERRY was brought in on a short-term deal and immediately looked a step up and a rare bright light in what was a forgettable and dismal season from a bunch of mercenaries and under-achievers.

There was to be no new deal for Durrell with Greavsie given his marching orders and the Dean Edwards revolution signalling the reign of Cox. We signed about a billion players in this time, none of whom would qualify as an out and out right-back, with the nearest being police-botherer and general nuisance JAMES HURST. Despite promising to ‘bring it back’ (whatever that means) Ursty was rightfully deemed a rotten apple and quickly dispensed with. He can currently be found on Twitter arguing with anyone who’ll entertain him and desperately trying to remain relevant. TUFC, however, were back to square one.

Step forward (again) DURRELL BERRY who joined Utd for a second spell and played a big part in turning what looked like a hopeless situation into eventual survival. After months of chopping and changing, Nicholson could finally field a consistent and balanced line-up and Berry was a vital part of a defence that stopped conceding goals at an alarming rate. Sadly, his season was cut short by a vicious tackle at Dirty Dover from which his career never really recovered. United were back to square one with Uncle Verms getting the graveyard shift for the rest of the season and the start of the next.

JORDAN LEE was recruited on loan from Bournemouth, but after a nightmarish debut (against Woking, of all teams) was not seen again until towards the end of the season when he was reinvented as an all-action right-winger. We also had a month or so of JARED HODGKISS who offered a bit of experience at an important time, but who’s loan was not extended as Nicholson saw his squad squeezed to dangerous levels.

After another improbable survival, we started the new season with a whole new squad. RYAN HIGGINS was brought in to try to add some stability to what was quickly becoming a problem position but he only complicated matters further. It sounded like an interesting signing, and fans of long-throws would have been impressed, but a heart problem brought a very sudden end to his days playing football and new manager, Gary Owers, was left to pick up the pieces.

For the rest of our disastrous relegation season, there was a revolving door policy in the TUFC changing room. MICHEE EFETE was deployed at right wing-back on occasion and generally got favourable reviews for his commitment to the cause. JAZZI BARNUM-BOBB had a stint on loan but failed to make a mark, AARON BARNES played in several positions throughout his spell and scored a screamer away at Maidenhead. None were consistent enough to stave off the spectre of relegation that had been hanging over us all season.

And so to the National League South, where Gary Owers promised us it would be “100% different” and at right-back it has been. BEN WYNTER has been consistently excellent for over a year now, virtually the first name on the team-sheet and exciting to watch bomb along the touch-line. He is my right-back of the decade by virtue of playing in the team I’ve most enjoyed watching and for giving me that unforgettable moment at the Kingfield in April.

TT TEAM OF DECADE SO FAR..

4 thoughts on “The TT Team of the Decade: Right Backs”